We are all Nazis 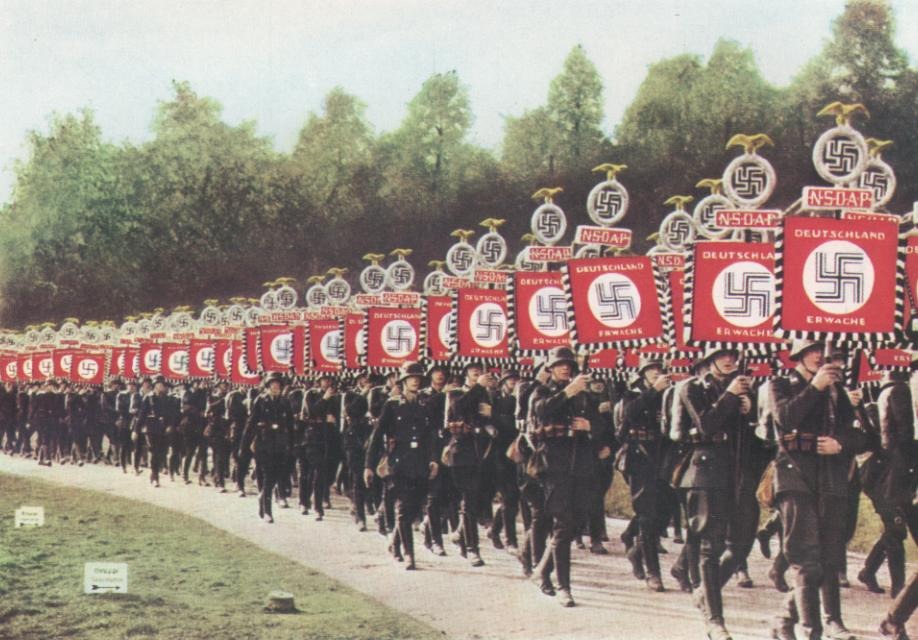 At one point in time, calling someone a Nazi was tantamount to saying “you are a genocidal Aryan mass murderer racist, and also a fascist.” Times change, and so do the weight of words.

The latest nail in the coffin of that original meaning was driven in by Fox News chairman Roger Ailes in a recent interview conducted by the Daily Beast, when he called the people of NPR Nazis for their firing of Juan Williams.

“They are, of course, Nazis. They have a kind of Nazi attitude. They are the left wing of Nazism. These guys don't want any other point of view. They don't even feel guilty using tax dollars to spout their propaganda. They are basically Air America with government funding to keep them alive.”

When did the phrase “Nazi attitude” become a sort of common parlance for “belief system that opposes my own”? Twist the dial back to the Summer Of Nazism to find out:

The temperatures were high and the health care bill had just passed in the spring. Enter Glenn Beck, perhaps the most enthusiastic disseminater of Nazi fever. Thanks to the Fox pundit, there are scores of freshly anointed Nazis. Lewis Black covers some of the highlights best in his Daily Show segment that investigates Beck's devastating case of “Nazi Tourettes.” These are some of the phenomenon and humans who are either Nazis are spawned from Nazism:

– Bears linebacker Brian Urlacher is a “neo-Nazi.”(Lewis Black did not catch this one.)

Before you call Glenn Beck a dangerously inflammatory public voice, consider the cover to his recent book Arguing with Idiots, which kind of suggests that calling Bears linebacker Brian Urlacher a Nazi is just Beck's way of trying to make friends:

We've all lived through the Nazi name-calling hailstorm so there's no real need to relive it. But why not? Time for Rush Limbaugh.

Limbaugh went on his full-on Summer of Nazis spree in early August, during which, over the course of a few days, he discussed “the similarities between the Democrat Party of today and the Nazi Party in Germany,” observed that “Adolf Hitler, like Barack Obama, also ruled by dictate,” and also that “the Obama health care logo is damn close to a Nazi swastika logo.” Also, all liberals anywhere, Nazis. Again, perhaps this is a case of Glenn Beckian double speak, and Limbaugh is in fact also a Nazi.

There are plenty of other Nazis of the present:

-That Tea Party candidate dresses like one for fun.

-Bush might actually be related to the rise of Nazis.

What to do? Our suggestion is to dull the knife-like stab of the word “Nazi” even more by throwing it around in daily lingo, as in, “What you talkin' bout, Nazi?” or “You crazy, Nazi!” followed by a friendly slap on the back and a few chuckles. Or just pick your favorite sports figures and call him a Nazi to his face. Maybe he'll make friends with you. Let us know how it goes.