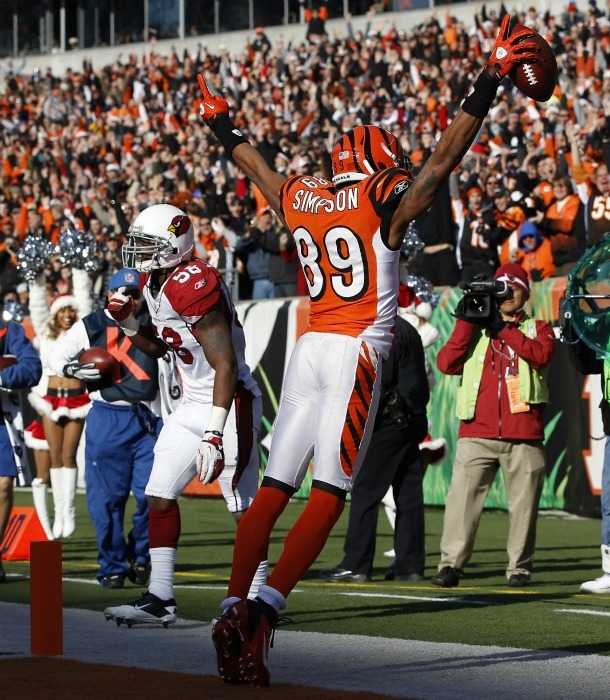 The final week of the regular season: Whether your team is in playoff contention or not, most games will be filled with an odd air of anxiety. Either you don the old sweatshirt in hopes of bringing luck to your team’s last ditch effort to make the post-season or you curse the coach for needlessly risking injuries and hazarding a win which might put your team out of the running for a good draft pick. On the NFC side, it’s mostly a matter of shuffling the playoff order into its final arrangement with only Dallas and New York going after the final spot. The AFC, though, is less settled and owners are still begging fans to shell out holiday money and show up and provide motivation for their playoff potential teams.

Carolina Panthers -8.5 vs. New Orleans Saints
Every time an announcer makes mention of the possibility of Cam Newton eventually eclipsing Drew Brees’ single season passing record a point will be shaved off the Saints total. Rob Chudzinski raids his son’s movie collection once more to update his playbook because the Panthers are playing strictly for entertainment today. Even with the Saints up by 14, Brees piles on another 150 yards in garbage time. After the game he’ll scout out Newton and if you watch their handshake in slow motion, you can see the usually even- tempered Brees mouth, “Don’t fuck with The Birthmark,” right into Newton’s ear.

New England Patriots -11.5 vs. Buffalo Bills
It’s a stretch to make this game seem interesting. Buffalo will show up and perhaps nothing more, seeing as how their season is over. They also haven’t won in Foxborough since 2001 or something, and there appears to be no reason for that to change this season. Even as I read about people using the awful phrase “Gronk Nation” I can’t give Buffalo any edge. Yeah, the Patriots defense doesn’t exist, but it won’t matter. Fitzpatrick will probably put up a decent game and hell Fred Jackson might post his third straight hundred-yard game, but Brady will do what he customarily does. And he will look muchbetter than you or me or anybody while doing it.

Miami Dolphins -1 vs. New York Jets
Our collective history is replete with finding beauty in the simplistic: Ezra Pound telling Hilda Doolittle to go by HD, Justin Timberlake telling Mark Zuckerberg to rename The Facebook to Facebook, and most recently Brandon Jacobs renaming the Jets coach from the clumsy three syllables of Rex Ryan to simply: Fat Boy. That has little to do with the game at hand, but as the Daily News reports, Jets opponents are really good at being awarded Defensive Player of the Week. Jason “Soft Shoes” Taylor is set to retire after this game, so we can expect him to go gangbusters on what New York liberally calls their offensive line. If the Jets break 100 yards on the ground and Sanchez can keep his pass attempts under 75, I might put five bucks on them, but they won’t. Sanchez will be running around chucking balls all over the field making a late push on the debate of who Jets fans want to get rid of more: him or Ryan. How good does Reggie Bush feel, by the way? The Kardashian curse has finally been lifted and handed over to Kris Humphries. Dolphins take it, 35-17.

San Francisco 49ers vs. Saint Louis Rams -10.5
Is Steven Jackson on suicide watch yet? Not “Baron Davis getting shipped to the Cavaliers after Elton Brand tricked him into an L.A. detour” suicide watch, but someone send him some flowers. Or put a bow on Jeff Fisher. The 49ers go 24-3 over the Rams, and Michael Crabtree pens a letter in the San Francisco Chronicle apologizing for the holdout, but he realized early on it was the only record he was going to set as a pro player.

Detroit Lions -3.5 vs. Green Bay Packers
Really? I don’t know, maybe. How lovely is it to have the Packers be successful in this economic climate though? If we could get them to play the Steelers in the Super Bowl again and see this infatuation with Americana and the blue-collar hero to the end. Where’s the modern Sherwood Anderson writing an essay about how the Packers are a much needed metaphor for the potential for success in Middle America? Rodgers is the everyman – a beacon from another time with his head down and keeping one foot after the other, simply committing to his duty – how if only the youth of today could quit their overly ambitious endeavors in the arts or technology and just do their work like the Packers, how perfectly average they all are and in that the team is able to reach a higher level, how no one on the team lets vanity or a desire to rise above his station influence his behavior on the field… The Packers are not of the people, they are the people. No Jerry Jones lurking in the rafters, no creepy Al Davis ghosts haunting the halls. But you say is Detroit not as American as Green Bay? Detroit Rock City, Motown, America’s Comeback City. Those new commercials with face-stomper Suh do feel American, and it’s nice to have another interesting game to watch on Thanksgiving aside from whomever the Cowboys play. Detroit is the Motor City, though, and we all know how Sherwood felt about that sort of technology. This year is a great step for Detroit, but they’re probably a one and done once the playoffs start, and I can’t see them doing anything at Green Bay today.

Philadelphia Eagles -9 vs. Washington Redskins
This is going to be a needlessly stressful afternoon in Hoagie-ville. There should be no emotional influence in the outcome of this game, and so it makes sense for the scoreboard to reflect what’s on paper. Washington will desperately try to look like they’re giving their all without actually winning (maybe not that hard, actually) and further screwing themselves out of a good draft pick, and Philly fans will simply pray Reid doesn’t get Vick killed. They will be sitting firmly on the fence regarding Desean Jackson.

Tennessee Titans -3 vs. Houston Texans
Tennessee needs this more than Houston, but that doesn’t mean Tennessee will do anything about it. Houston is supposed to get Andre Johnson and Wade Phillips back for Sunday. Johnson has missed the previous nine weeks, the victim of a hamstring injury. Phillips has been off the sidelines for a few weeks, the victim of being old and slightly unhealthy. The echoes are getting louder – Is this the year? – as the Texans have been the perennial sleeper choice. Houston will walk away unscathed this week if for no other reason than because the last article I read which featured Matt Hasselbeck, who at the time was with the Seahawks, was the classic write up by David Fleming. In detailing episodes of athletes having to shit, Seattle Seahawks center, Robbie Tobeck alleviated any guilt he might’ve had from hiking the ball while his pants were filled to the brim with brown matter by saying, “Heck it’s only Hasselbeck.”

Denver Broncos -3.5 vs. Kansas City Chiefs
The common perception is that the Chiefs aren’t that bad and the Broncos aren’t that good, right? Who knows? Is the AFC West really as strong as the NFC East this year? Woof. Well the Chiefs lose to good teams and sometimes to bad teams and sometimes those loses look worse than they are, but what are you going to do because at the end of the day Kyle Orton is still your quarterback and he makes millions of dollars yet can’t seem to afford a decent haircut. Tebow throws more interceptions than completions, and the soul of Christopher Hitchens rests easy knowing the Broncos are kept out of the playoffs.

Atlanta Falcons -12 vs. Tampa Bay Bucaneers
I really just put the spread up on these games for some sort of aesthetic continuity. I haven’t passed a math class sense the Gruden Bowl, and I can’t for the life of me figure out what “covering the spread” or “pick-em” means. Or maybe it’s that I don’t care. We could probably say the same about the Bucs and their approach to the basic principals of football. A mildly meaningless late afternoon game, but Atlanta will save face after Brees was kind enough to air it out on them late Monday night to nab Marino’s record.

Baltimore Ravens -2.5 vs. Cincinnati Bengals
I’m calling the Bengals 24-14. Ray Lewis has made his stance clear – “This is a playoff game” – and that’s fun from an emotional standpoint, but it’s not a playoff game for Baltimore. Sure, they could chance to get home field advantage, which has the ability to mean something for Baltimore, but they’re old as hell I’m guessing they’ll push themselves within reason for the first half. If Dalton and Co. can get out of the gate, I can see the Ravens just going through the motions and taking the following week to fill my newsfeed with vitriolic rhetoric.

Pittsburgh Steelers -7 vs. Cleveland Browns
My coworker, Robert, keeps a Terrible Towel at his desk, so I deferred to him for some advice: “I actually have a rather complex, nuanced take that you're welcome to use word for word for your piece: HERE WE GO STEELERS, HERE WE GO!” Eh. Browns lose by three.

Oakland Raiders -3 vs. San Diego Chargers
The AFC West. It’s a coin toss. Literally, they should just do a coin toss. When Carson Palmer meets up with Philip Rivers to watch Ed Hochuli flip the coin, the winner doesn’t elect to kick off or receive they just win the game. It seems to make the most sense. Oakland needs this game. San Diego doesn’t. That would lead most to believe Oakland probably will lie down and let San Diego have its way. The Chargers aren’t a bad team, right? They’re similar to bad test takers. The ones that are over confident and don’t take the week leading up to a test seriously and rely on an inherent understanding of the subject to hopefully guide them to a passing grade. The Raiders, on the other hand, just aren’t a good team. Of their eight wins, only three have come against teams above .500 and two of those teams are 8-7. Now, if McFadden is healthy the ground game could be fun to watch. He and Michael Bush will be able to have their way, especially if the Chargers forget to show up for the second half. If nothing else, I’ve been told you are legally allowed to smoke weed in the Oakland Coliseum. Raiders make the playoffs.

New York Giants -3 vs. Dallas Cowboys
I am a Cowboys fan and have worked my ass off to make sure I never say anything nice about the Giants. With that said, Romo goes over three hundred yards, Dez Bryant plays all four quarters, Ware reminds Pierre-Paul who the most athletic man on the field is, and Mike “Man of Glass” Jenkins survives a game to disrupt several passes. No? As a whole, the Boys have been grossly underachieving. Or maybe they haven’t. Maybe it’s not that Terrance Newman is getting old, but he was just never that good to begin with; and Keith Brooking is believable when he gives his pregame sermons, but he really is old; and maybe the security felt when hugged by a big bear of a guy isn’t there with Rob Ryan because maybe he’s just fat and loud and kind of dumb. Both teams can argue they shouldn’t be in this position. Dallas has lost – not been beaten – at least three times this season, and the Giants, eh… I’m putting the farm on the Boys, but torching the fields before I go.
PrevPrevious9 Head-Scratching Hoops Wikipedia Entries
NextPetition to see Dock Ellis' LSD no-hitterNext