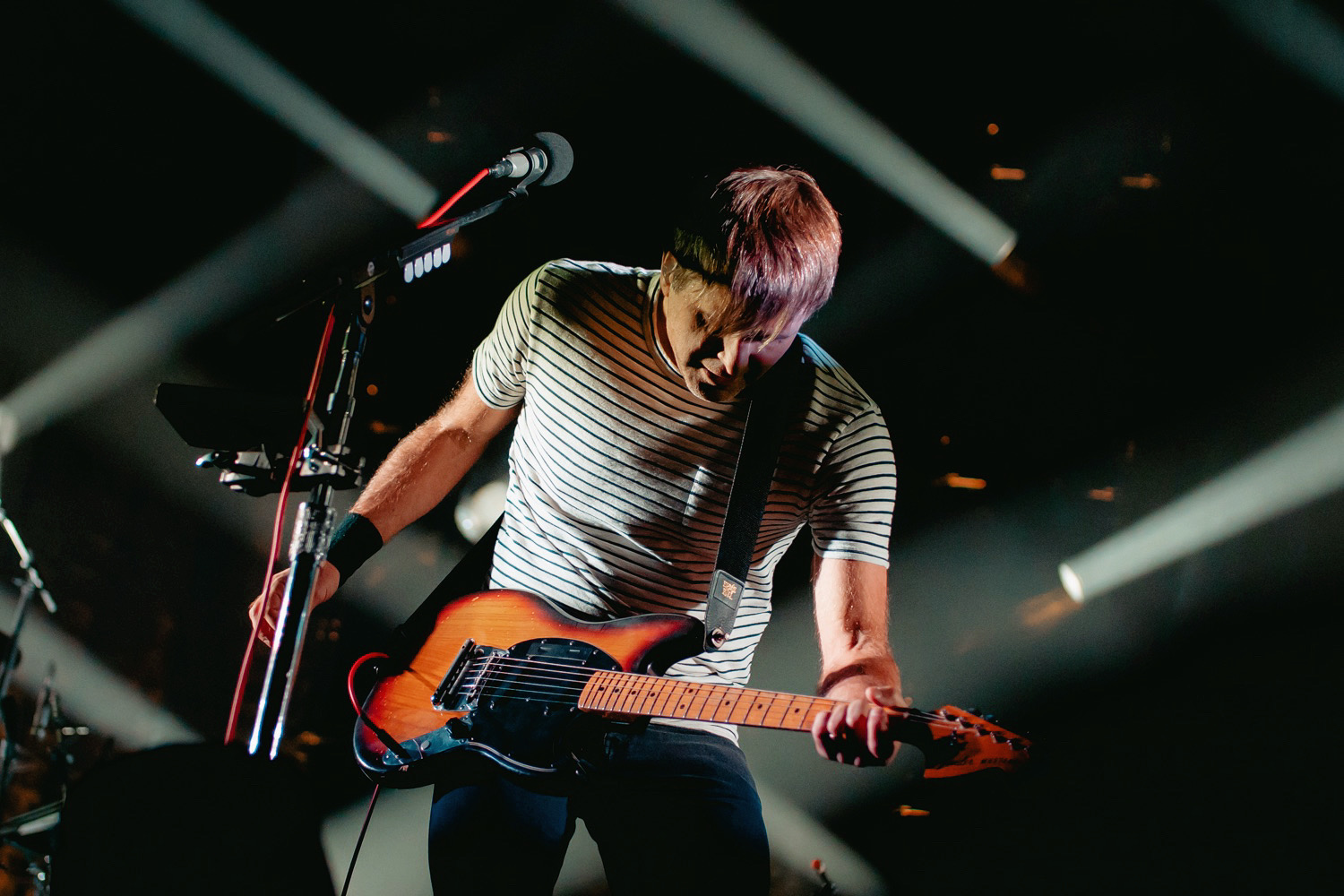 As leaves turn from green to gold and the season slips into something cozy, it’s only natural to wind down with music that hits close to home. Death Cab for Cutie is an obvious go-to, as seen in countless fall playlists. From a catalog full of nostalgic faves to the band’s days of quarantine livestreaming, it’s no wonder so many find comfort in their sound during times of change. But when 2022 called, Death Cab answered with Asphalt Meadows – an album that colored outside the lines of what fans know and love. The band returned rejuvenated, leaning into rougher finishes for their signature sentimental nature, doing the same at their Oakland show on October 23.

Death Cab for Cutie kicked off back-to-back nights at the Fox Theater with Asphalt Meadows openers “I Don’t Know How to Survive” and “Roman Candles.” Both tracks traded between hushed melodies and rock-heavy riffs, the contrast punctuated by exceptional lighting design. This high energy continued into Transatlanticism’s “The New Year,” with Ben Gibbard, guitarist Dave Depper, and bassist Nick Harmer in fine form leaping across stage and taking each accent note up a notch.

The setlist pulled mostly from the latest album, with songs like “Here to Forever” and “I Miss Strangers” featuring epic lead-ins from drummer Jason McGerr. But several fan favorites and deep cuts also made an appearance, many of which came with special live touches. For “Northern Lights,” the stage lighting shot out multi-color beams a la aurora borealis. “Your Heart Is an Empty Room” felt as bittersweet as ever with a twinkling keyboard arrangement from Zac Rae. And during “I Will Follow You Into the Dark,” Gibbard mentioned his Catholic upbringing mid-interlude before asking the crowd to sing the final chorus like a hymn sung in mass.

To round out the night, Death Cab played a four-song encore that closed with the highly anticipated “Bixby Canyon Bridge.”

Indie rock veterans Yo La Tengo opened the show, diving straight into riff-heavy goodness. “From a Motel 6” and “Sugarcube” made the first part of the trio’s setlist, with guitarist Ira Kaplan, drummer-keyboardist Georgia Hubley, and bassist James McNew trading on vocals.

Kaplan quickly made note that they were playing on a tight schedule, before the band broke into the 10-minute shredder, “Pass The Hatchet, I Think I’m Goodkind.”