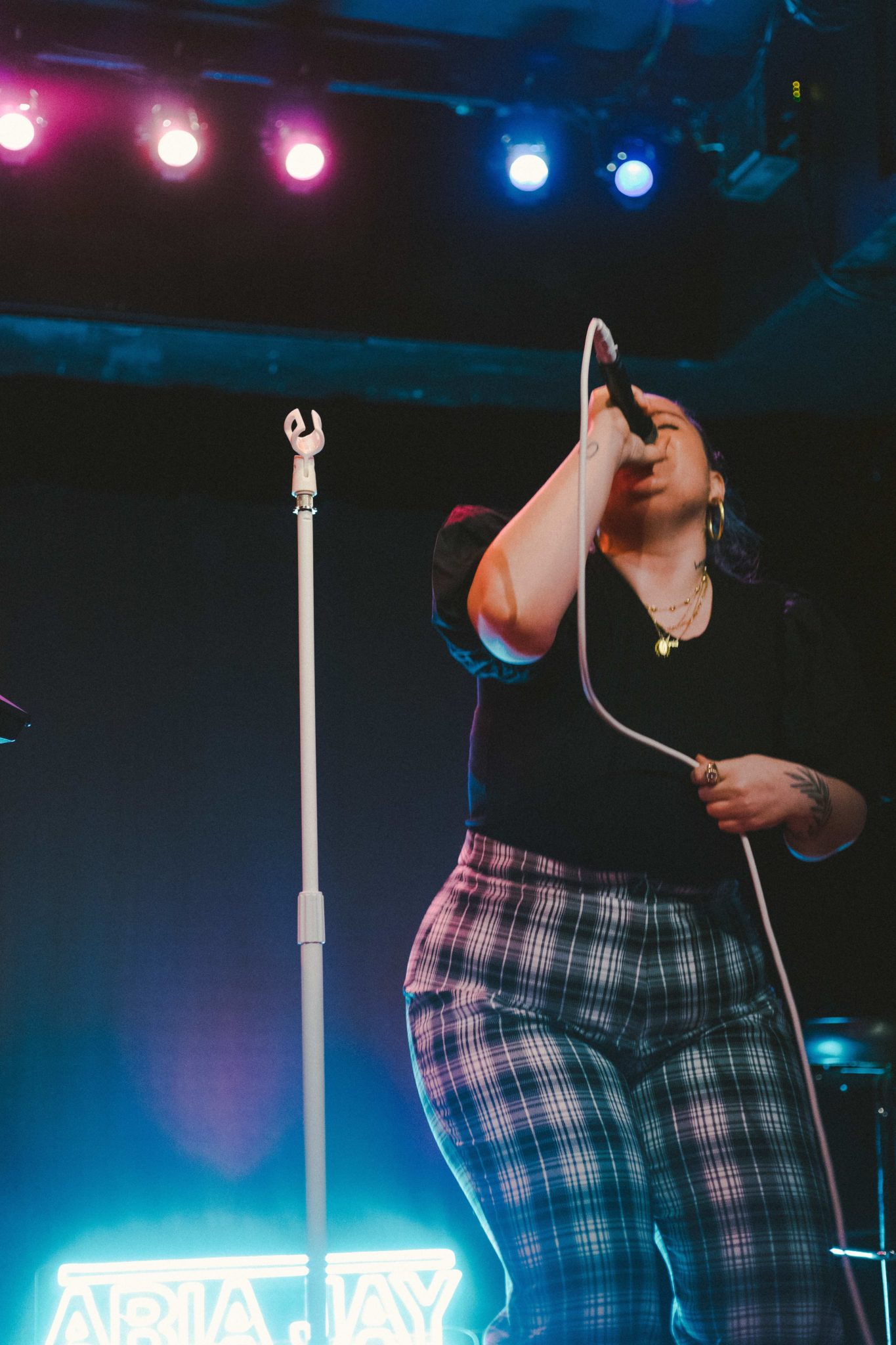 Musical artists are simply everywhere to the joy of many! Whether they are known or not, every corner of the globe has their muses ripe for a listen. Thanks to streaming, musicians have growing outlets to get their music heard. However, with the lack of interest in live shows waxing and waning, there are a select few who understand the value of performance. Case in point: this past Sunday at The Duplex Cabaret Theater, the recurring Stages Concert Series continued with featured Brooklyn artist Aria Jay at the helm. Aria is already a well-known staple of the music scene, and she shared the stage with various talents from the area who made her live show a worthy spectacle yet again.

Aria Jay is in a musical universe of her own. Her aesthetic underscores this as well as her stunning music. Naturally, her entrance was met with boisterous applause as her custom sign displaying her name illuminated the crowd. Right off the bat, her unreleased track “Away” is introduced for the first time. Standing tall beside her signature white microphone, she sang on, her bewitching voice never ceasing to amaze listeners. Ears are immediately transfixed on her. The new song is a spiral of organized thrills. It builds and weaves itself around the vocals as they’re unleashed into space. An impenetrable silence consumes the crowd, who are not risking missing a single moment. They understand the importance of this moment.

That trademark lilt and saccharine spirit that is ever-present from Aria Jay’s vocals just begs the listener to fall in love with her over and over again. To be honest, it is easy to do so. Her music brightens the entire room even when some tunes hinge on sorrowful themes. Aria Jay has conviction in her craft and presentation. There can be no denying that. She is engaged constantly in her musical execution from start to finish. When she cradles that mic, she worships it like the cosmic weapon it is. As she sensually rocked side to side, the crowd matched her movements. She had them in the palm of her hand. The silhouettes of the crowd could be seen pleasantly addicted to her atmosphere. Endless thoughts permeated her mind with her face in deep prayer as her eyes spoke to all. With a dreamy dance, she glowed in her element. The lights gave her a luminescence halo of heavenly features. Musically, she explored new live notes with her classic “Show Me You” from her album Growth and the smash-hit “Secrets”. She loved sharing the tale of her art and commanded full attention with ease. There was not a soul in the house that wasn’t taking photos and video of the songstress at work. Aria’s tasteful power was met with reaching notes that formed goosebumps of pleasure. It was an exhilarating feeling that was desired to last. A collective clapping ensued with “Secrets.” The blood was pumping. It was her most energetic set yet for 2020, and people will be eager for more to come in the new year.