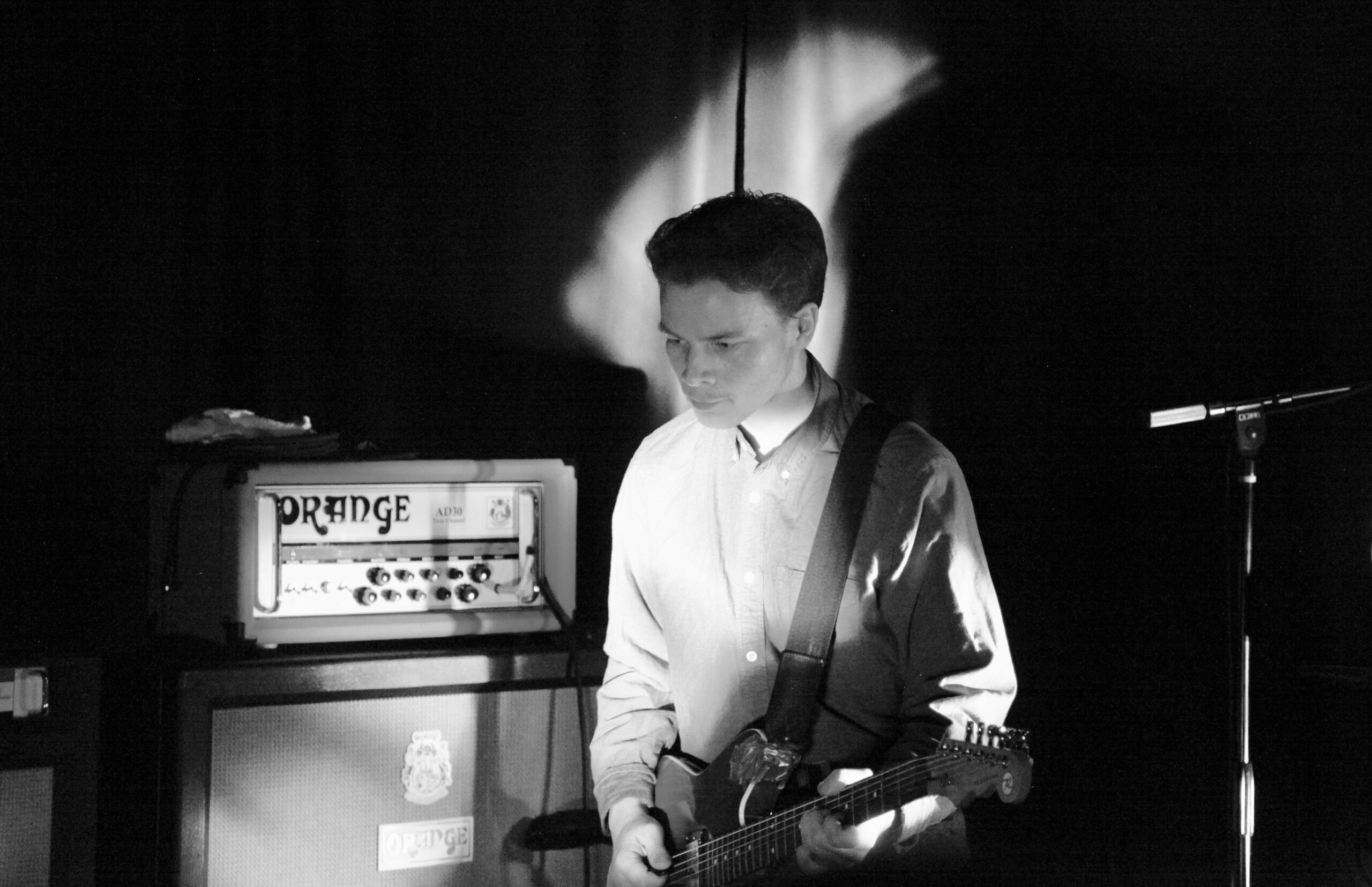 Earlier this summer, English experimental rock band Black Midi delivered on their massive buzz with the release of debut album Schlagenheim, a bone-rattling release that wowed audiences and critics alike. Having garnered cult-like word-of-mouth hype around their fiery live shows, the album unleashed their slithery blender of post-punk, no wave, and math rock stylings, nabbed a Mercury Prize nomination, and cemented their status as one of the best rising acts in music. Well, they finally touched down again in Los Angeles for the first time since Schlagenheim dropped, with three sold-out shows at Zebulon Café. And there was no chance I was missing it.

As waves of noise ebbed and flowed throughout the venue before the band took the stage, a silent, anxious energy persisted in the crowd. Given the heady, transgressive nature of Black Midi’s music, I really had no idea what to expect from their live set. But I knew it was going to be awesome.

From start to finish, the band was downright surgical. Singer-guitarist Geordie Greep forged a wiry, enigmatic persona carried through in his stuttery vocals and chameleonic riffage. Guitarist Matt Kwasniewski-Kelvin thrashed and flopped around onstage like a fish out of water, shredding like his life depended on it. Cameron Picton was clinical in juggling knotty basslines and wonky MPC notes. And of course, Morgan Simpson was breathtaking behind the drum kit, dictating each song’s irascible pace with an insane array of time signatures and sniper-like precision. My biggest takeaway: this is NOT easy music to perform, and they are talented as hell.

The beauty of Black Midi’s final Zebulon show was how they started slow and ended HUGE, ratcheting up the sonic tension with every passing second until it all came unglued in spectacular fashion. Tracks like “Speedway” and “Reggae” had the crowd in the palm of their hands – all eyes trained on them. But by the end, the one-two punch of “Near DT, MI” and combustible Schlagenheim opener “953” had the audience moshing and crowd-surfing at body-crunching velocity.

It was an incendiary night that was only made better by the appearance of the always mesmerizing Mary Lattimore, whose opening set made for the perfect calm-before-the-Black Midi-storm. Joined by a horn player friend, the L.A. harpist and composer unleashed ethereal plucks and digital loops that conjured impossibly airy, expansive classical soundscapes. I definitely closed my eyes and drifted through a meditative state for the entirety of her performance. Absolutely hypnotic.

Black Midi continues their North American jaunt with more west coast dates this weekend, including tomorrow night at Doug Fir Lounge in Portland, followed by The Crocodile in Seattle the following night. If you’re in the area for either of those shows, you cannot not miss them. And if you haven’t already, listen to Schlagenheim now!