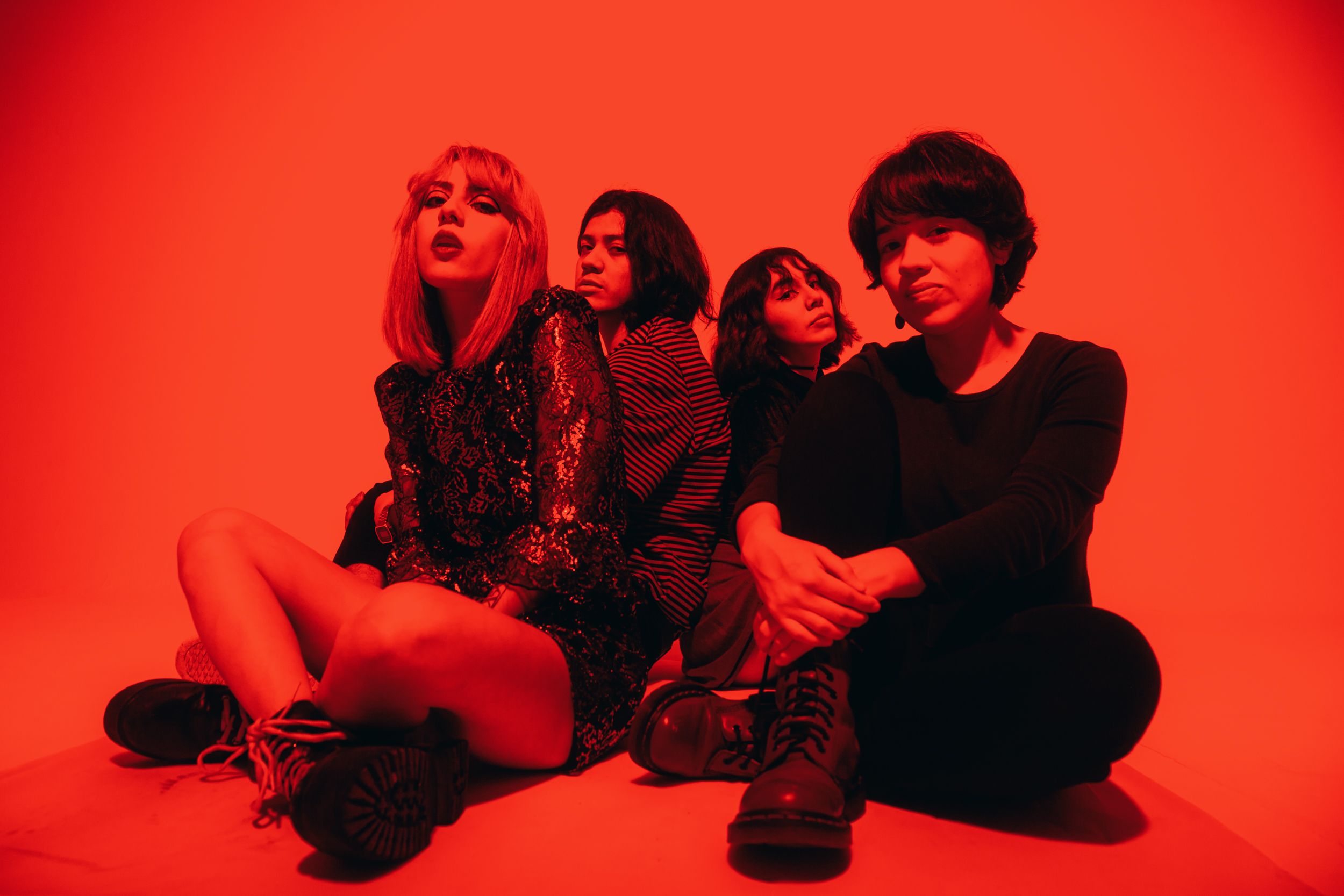 Things are looking up every day as new tunes enter the airwaves. Cue the Mexico City-based foursome, Howless. With the release of their new track and video for their track “Rain and Ice” as well as the 2021 track “Levels”, the band is building up for their upcoming LP To Repel Ghosts – out on February 18th via Static Blooms Records (pre-order HERE). Using past efforts from other musicians, Howless succeeds in building their own sound that holds a tribute to such inspirations. With their additional energy built upon their songcraft, they will offer a prominent global appeal to come.

“Rain and Ice” is a shoegazey grunge banger right from the start. Soft yet yearning vocals add onto that aesthetic, giving listeners a nostalgic trip back to the ’90s. Even the music video itself gives off that VHS-MTV quality that works for the image that they’re conveying. It is somewhat eerie, but remains interesting to ponder through. Curious emotions ripple through the lyrics as the listener is prompted to evaluate themselves. Their homage to certain genres and times is noted and appreciated. With To Repel Ghosts dropping next week, the band went on to discuss the makings of the LP:

What can listeners expect from your debut album?

Definitely not a specific sound or genre. If you listened carefully to the first two singles, you could surely notice the affection we have towards music produced in the ’80s and ’90s. Throughout the album, you will be able to hear a more specific approach to all these influences and sounds, in more introspective ways and up to personal interpretation but without forgetting the experimentation and personal touch of the band.

What challenges did you each face while creating this body of work, specifically working through Covid? Did Covid affect your recording schedule?

Of course, it changed the whole scenario and forced us to place the project on a pause for a while. [However], in hindsight we could say that musically it was beneficial, because during isolation we discovered the fascinating world of synthesizers and managed to integrate them into our music, this gave the entire production a more solid character. It also gave us more time to re-record and improve melodic structures for the remaining instruments.

Does Howless have any touring plans for this Spring or Summer? If so, where?

Due to the current pandemic, we cannot be certain about future touring plans. We would love to have the opportunity to take our music to other parts of the world, but we will have to wait for this situation to improve. Meanwhile, we will be playing local shows in Mexico City.

When making music, what influences boost your creative juices?

There’s plenty of them, each one of us has very different influences, but to mention some of the most relevant, we would say: The Cure, The Smashing Pumpkins, Depeche Mode, Grimes, M83, Ladytron, Warpaint, New Order, The Breeders…

What advice do you have for new, up-and-coming bands showcasing their music from different countries ?

We believe that we still have a lot to learn, but if there is one thing we can share, it is that they should take their projects seriously and make music a priority in their day-to-day life.