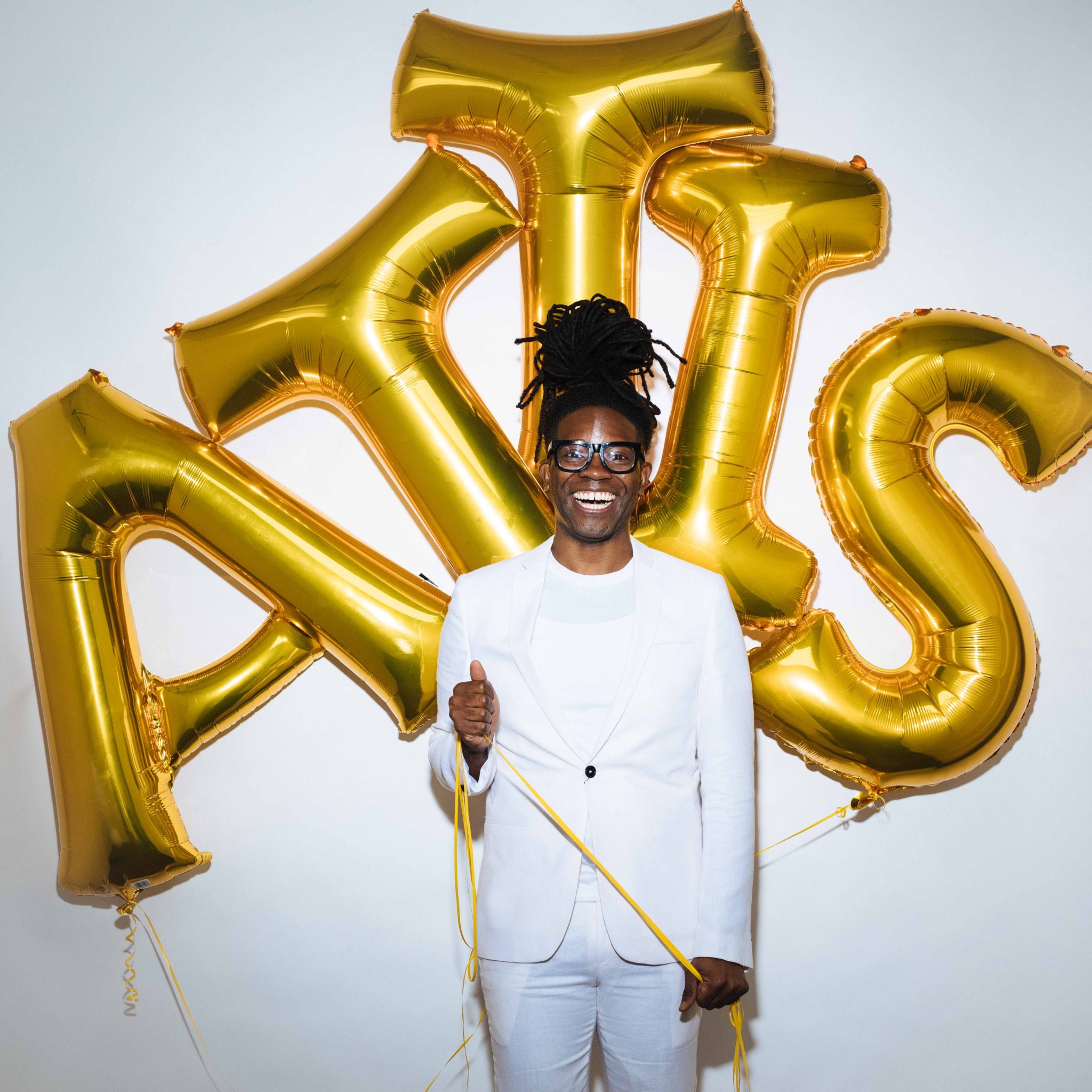 During these unprecedented dog days of summer, hope seems like a scarce resource. Musicians and fans alike are struggling together. Everyone is attempting to keep their heads above water given the added stresses of daily life.

However, some ambitious creatives are still finding ways to bring that optimism back to the forefront with an impressive spirit of dedication, perseverance, and an unwavering promise of better days. Attis, a chameleonic Brooklyn multi-instrumentalist who dabbles in R&B, soul, synthy electronica, avant-rock, psych, prog and everything in between, fits that bill in every sense of the word. The musician is finally front and center with his long-awaited stunner of a debut album, Silly Songs About Stupid Girls, which dropped last month to the joy of many.

Fans far and wide have most likely seen this man working his magic at the helm of a drum set with the likes of Eli “Paperboy” Reed, Rhiannon Giddens, Aabaraki and endless others. He’s played at Carnegie Hall with Bhi Bhiman and also dabbles internationally with unique performances that break the mold. For example, he was a part of LIFE the show, a modern circus celebration – considered an institution of “international clowning, aerialist and musical royalty” in Australia (Sydney Festival – 2019). He can dance as well, as evidenced by his choreography in Aria Jay’s music video for “Soar”. There’s almost nothing Attis can’t do, and yet he remains humble and modest through and through. While he tends to linger behind the scenes in musical circles, he’s easy to spot thanks to his captivating grin, thick trademark black glasses, and a sense of unwavering compassion that makes him an immediate friend. So far, Attis has relished every second of the journey.

“There have been so many memorable moments,” he shared. “Most of them have been playing with my fellow musicians and just creating a community with them. There’s not necessarily one memory in particular – it’s all a blur at this point.”

It had been a long time coming for Silly Songs About Stupid Girls, but Attis seems pleased with the experience.

“Some of the most difficult aspects I guess were crafting the songs,” he says. “A lot of these songs, well most of them, went through so many changes from the initial idea to the final version. I think a lot of the difficulty came with making sure that the songs made sense and that I was happy with the arrangement. I was being patient with myself, and making my first body of work was more daunting than I expected. I don’t think I set out initially with the intentions of making an album. It wasn’t until I was already in the process of making it that I decided that was what I wanted to do…It’s honestly quite a relief. I am super excited, and really looking forward to what comes next.”

Back in 2018, Attis released the music video for single P.T.G. (directed by Janet S. Kim), which also appears here on Silly Songs. The clip is a colorful montage of fine art, flowers and ladies. Here, Attis plays with a womanizing persona that gives modern love, or lack thereof, an all too familiar meaning. Of course, the women in the video adequately let him know that he is under their spell. It’s a catchy song with entertaining fluff that showcases Attis working within multiple genres. It also showcases his unique personality as a performer in tandem with his enthusiasm in the musical space. Fans can observe that same showmanship during his live sets that match his instrumentation prowess. Occasionally donning face paint with a myriad of other talented musicians at his disposal, Attis makes his music a true event to behold. His spirit of co-creating is set in a pure place.

“I like collaborating with any sort of open-minded musician, or anyone who’s open and willing to just kind of go with the spirit of where the song is taking us. They don’t necessarily have to be the most skilled – just creative ideas and an understanding where we both are comfortable with taking the lead and/or taking a backseat during the creative process,” he said.

Attis is a purveyor of countless artistic endeavors, and beyond his musical capacity, he succeeds as a photographer with a specialty in intimate candids. He captures truly vulnerable moments in time that dawdle with pleasant comfort. When in action, he makes strangers feel instantly famous with a flash. Attis rarely wanders the streets of Brooklyn, or anywhere for that matter, without at least one camera draped over his neck. His signature move is waiting at a crowded crosswalk and then turning around to capture the vacant expressions of people behind him. Of course, when that wide smile of his appears, strangers feel right at home – if only for a mere second. Such is Attis’ power of building random camaraderie. He is always sought after at gatherings due to his kind presence, which opens to a collective appreciation of his craft. Even in these COVID-19 days, Attis keeps a solid head on his shoulders in regard to his artistry.

“I am trying to not force myself to be creative, but take it as it comes and to not put too much pressure on myself. Also making sure to be kind with myself on those days or weeks when I don’t feel like being creative. I am just trying to settle into a new routine of not being too overwhelmed by anything and everything that is going on and being present to create in any way that I can. I just want to keep focusing on writing, producing, and being the best all around musician I can. As far as future plans on the horizon, I would hope to once things open up again so I’ll be able to do more touring with my music as well as the music of other artists. I just want to make more music and just enjoy that.”

You can purchase Silly Songs About Stupid Girls HERE and preview it below via Spotify.