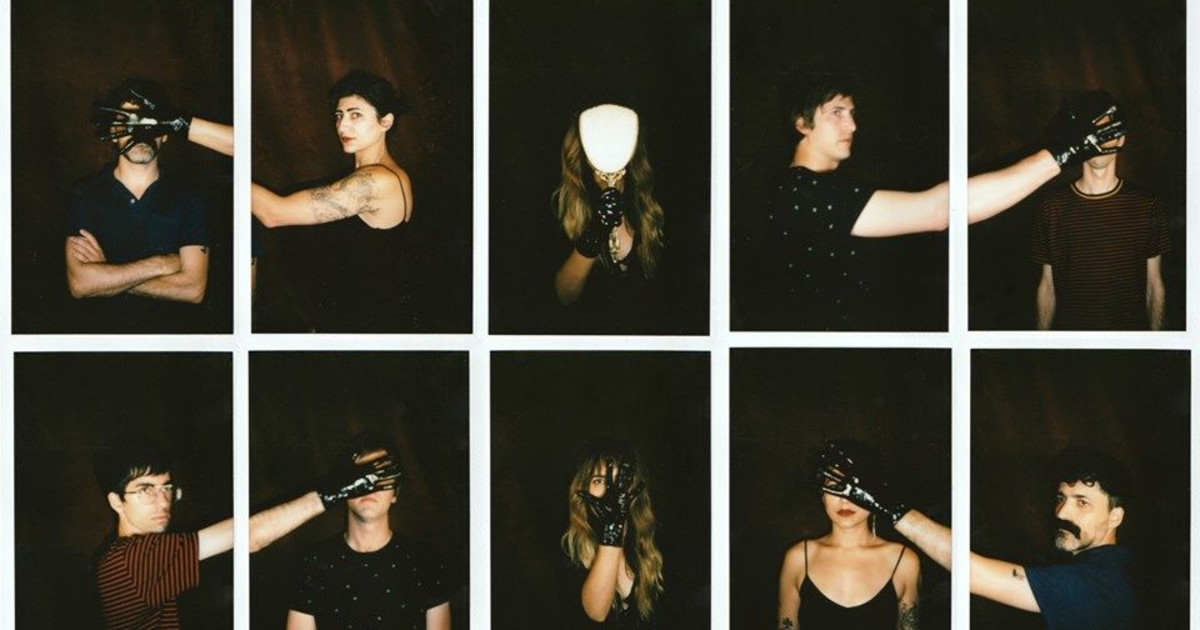 California is struggling, but its music scene is alive as ever. Oakland band Body Double looks to leave a mark with the upcoming release of their debut LP Milk Fed – out September 18 via ZUM.

Listeners can already enjoy the fruits of their labor with the album’s two previously-released singles “The Floating Hand” and “Bitch On Wheels.” The former track is full of punk thrills supported by a funk presence; the latter is distorted and ominous. The album showcases the escape from distress while aligning to a positive adaptation to build upon the Body Double aesthetic. It’s an intimate exploration as it is an awakening from the anguish. Members Candace Lazarou, Noah Adams, Chase Kamp, Jascha Ephraim and Mel Weikart bring about their style in a flourish for the masses to grasp, and have no shame in doing so.

Ahead of the album’s release next month, Candace and Noah had a detailed conversation with one another regarding their various adventures to date.

What has been your fondest moment of quarantine?

Noah: I was glad we decided to be in a pod together, because it would be really weird if we were in a situation where we couldn’t. We never “had” to be in a pod.

Candace: Technically the federal government told us we shouldn’t be in a pod because we don’t live together. Why were we in a pod?

Noah: Because we’re clean and sober friends. We have a codependent, ambiguous relationship that we keep vague to stir up attention.

Candace: My fondest moments in quarantine are some of our remote interactions. I like how we hug the camera at the end of calls. I think fondly of how there were days where I felt like I was more attractive through a lens.

Noah: Touch up my appearance?

What helps spur the creativity in the music space for you?

Noah: I sit at home, and I have more time to play music without thinking about a song. I don’t wrack my brain looking for a new song. I have time to play for fun now, and if something comes then I record it, and if nothing comes then I don’t beat myself up over it. If I wake up and I decide, “this is the day that I’m gonna write a song,” then I go back through old ideas that I’ve accumulated in my voice memos and see if there’s anything in there that I was stuck on before, cause often I’ll revisit it and the answer will be obvious this time around… I’ll take long walks and listen to these ideas in my headphones… It only takes one or two times of trying and failing and you think, “I’m never gonna write a song again.”

Candace: Or “I’m not a songwriter,” even though I’ve written many songs and put out albums

Candace: …Everybody feels that way. All your favorite musicians sit in front of instruments and are like, “fuck, I’m never gonna write a song again.” Probably more so the more successful they are.  They get performance anxiety in their bedrooms in front of no one. That’s why I like playing early in the morning because I’m just too dumb when I get up to know when I’m doing something wrong. I think it’s important to have some benchmarks for what effective songwriting is, but you can do all that hyper-analytic editing later. The important thing is to not be in that head space when you start.

Yesterday I was telling you that there are two Candaces that are involved in writing songs.  There’s one Candace that doesn’t know how to pay her PG&E bill and will just play music because she likes the sound of the hammer hitting the string in the piano. There’s another Candace that uses budgeting apps and is a stern project manager. If I let myself be both, it’s easier for me to be creative.

How has ‘Milk Fed’ evolved your sound and/or what makes it a true Body Double collection?

Candace: I was pretty focused on pop music structure [from] the beginning. You can write a pop song and present it as a lush synthetic arrangement, or a guitar-driven song or an avant-garde percussion piece, but if it’s a good song it can withstand any aesthetic shift… I’m “in charge” of Body Double in a way that I haven’t been in charge in a band since I was 18, [so] I took the opportunity to write in multiple styles, anything I felt drawn to. That’s a really big departure for me, especially coming out of Mansion, where my bandmates curated a single sound and stuck with it, and I didn’t have control over anything except vocal melodies and lyrics.

This album has a straightforward post-punk callback, more aligned with what I would have written a decade ago, but we also have gross guitar songs that are akin to what I heard on the radio in the ’90s. We [also] have songs that lean heavily into the synthesizer… I was listening to David Bowie’s Lodger, Tones on Tail, and Wire’s 154. I didn’t feel like I had tight rules around genre, and I knew that if it was me writing, arranging, and producing the songs, that would be a strong enough thread holding everything together.

Noah: I didn’t have a sound before, I just played in bands that were already fully realized, so it wasn’t my job to have a sound.

Candace: Did you secretly have a sound?

Noah: I didn’t know what my sound was. It took me stepping back from playing and focusing on getting out from under a weird drug addiction to start writing for myself. That’s when I started developing my own sound, but I never shared it with anyone. It was just for me.

Noah: It was really bedroom-y. A lot of inspiration from Spacemen 3, Spiritualized, and The Velvet Underground…

Candace: Pretty lush, your demos are always really full of sound. The vocals always have a stadium echo.

Noah: I presented you songs I had made for eight years, you helped curate them and produce them. That’s what makes them, “a true Body Double collection.”

What would be the absolute peak for you in the music world?

Noah: It’s a pretty low bar right now. I just daydream about buying a van and going on tour. We had plans to go on tour this summer and fall, and those fell through like everyone else. So my bar is very low… it’s my absolute valley. I’m usually too broke to travel, so being a musician on tour is the only way I can travel. It’s been a long time.

Candace: You know, you could travel if you stopped ordering silver shoes on the Internet. You should quit the band and do a budget.

I don’t know what the ideal situation for me as a musician would look like right now, and I don’t think that anybody does. Middle class musicianship was half-broken anyway, and now the primary form of income for a lot of people, touring, isn’t possible. Now that the model is completely broken we have an opportunity to rethink what we’re doing as artists in general.

That’s what I remember from when I was young – if I didn’t feel like I was in step with the things around me, I could listen to music and feel in step with that… It made me want to make art too!  I started recording very early on my mom’s karaoke machine at home. I was covering my room in terrible paintings I had made… the paintings were half glitter. It was just pictures of rock stars and half glitter paintings and warbly multi tracked karaoke machine songs.

Which artist, living or dead, do you hope/wish to collaborate with?

Candace: Noah Adams, us saying each other is a power move.

What medium of art helps drive your music?

Noah: I wish my answer was, “I go weeks without listening to music, and in those weeks, I have my head in a book, just reading books all day.” My answer is podcasts and TV shows.

Noah: Where do you see commercials?

Candace: On YouTube, and on a VHS copy of Speed… I [also] see ads on Instagram. I see what the recommendation engines on various social media platforms show me. It’s interesting to see what the robots think about me! It helps me understand the common language that we’re being forced to have, and it gives me something to push against.

What advice can you share to other creatives, in any medium, during these strange times?

Candace: Since live music was taken away from us…

Candace –  I don’t think either of those things are true. It may not be back, and people will do drugs.  Maybe some people should do drugs. What it is to be a musician is going to change, no matter what, which is fine because it wasn’t working before anyway.

I think it’s important to remember why you play music right now. If you remember that you play to talk to other people, and it doesn’t matter exactly how that manifests, then something like shelter-in-place won’t stop you.