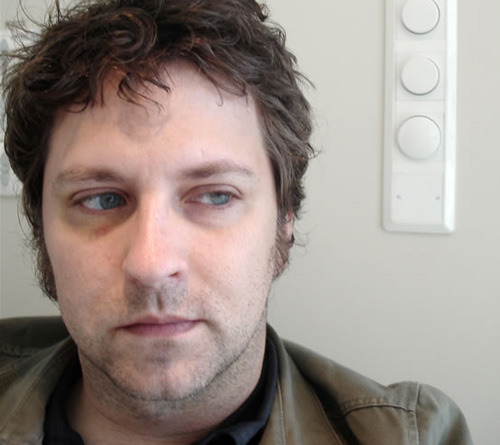 Now on his latest album, Luminous Night, there is an intensity not yet heard in his previous offerings – something almost sinister and haunting, but lush and beautiful at the same time. It might be the full realization of the talents possessed by Mr. Chasny, or the talents that possess him.

How are you doing, Ben?

I am doing well, thanks. Drinking some coffee. Yourself?

Alrighty. On the new album you also have a song called “The Ballad of Charley Harper.” Is that about Charley Harper, the painter?

It was actually about the singer for the UK Subs but we accidentally misspelled the first name so now, yes, it is about the painter. I kid.

HA! What made you want to write a song about him?

He was a bit of a 20th Century American Transcedentialist, wasn't he (the painter, not the singer). He also had a great sense of humor, in a humanist manner. I think perhaps the geometry and order of his work appeals to my Virgo nature or something. He is always extracting the natural geometry of a particular scene rather than self-imposing his own geometry. Most important, it just makes me happy to look at his work. He's the only visual artist that has ever made me want to work in that field.

I find the naming of some of your songs on this album interesting. For instance, “Bar Nasha” is an Aramaic term, and it actually sounds like a song that could have been written in the desert. It makes me wonder your process for writing a song such as this. Do you find yourself pondering a topic or a theme, and you just begin to jam on it?

Songs come in all sorts of ways. I don't really have a formula. “Bar Nasha” came all at once, with the music coming slightly before the words and then the words just coming. I happen to have been just finishing up a book about the history of Christianity and that word struck me as very beautiful so it made it's way into the song, then the lyrics were written around that one word and the song ended up being about the cult of Catholicism. So then when it came to making the song, I tried to make it sound like a hippie death cult jam. I though that would be pretty funny.

I've found myself wandering around parts of the Bay Area listening to your albums, thinking there isn't much music better suited for that sort of setting. I always wondered if location is a factor in somebodies songwriting? Is that the case for you?

It's hard to say. All of my records have been written and recorded on the west coast, mostly in California but this last one was recorded in Seattle. Location probably effects me as it does anyone, but I'm not really into exploiting location. Maybe you are picking up a fog vibe. It's really foggy in Humboldt County, where I recorded a lot of the earlier recordings and it is pretty foggy in SF too. The new one was written during some of the 7 billion days of rain in Seattle this year, so that probably had an effect on the mood.

In the past you have played in Comets on Fire, as part of Current

93, and if I'm not mistaken there is some connection to Ghost, correct? What about as of late? Any collaborations?

You are right, I did do a project with Hiroyuki Usui called August Born. Hiroyuki was in Ghost before they recorded. August Born is a fairly non-known project because I told Drag City I didn't want any publicity at all for it. I just wanted people to sort of find it on their own. Hiroyuki also played in Fushitsusha for a long time in the 80s and we actually have a split 12″ coming out in August on PSF records as well. But right now I am just working on doing the final vocals on a record I recorded with my friend Donovan Quinn, who is in a great band called Skygreen Leopards. I also just did the soundtrack to a novel that my friend, Joseph Mattson, wrote called, “Empty The Sun”.

What's the status of Comets on Fire? Still “on hiatus?”

What do the next six months hold for you?

Well, I'm working on the projects mentioned, as well as some other Six Organs things, working on a Six Organs guitar TAB book, looks like some touring, you know, the usual. Nothing too exciting. I'm not becoming an astronaut or anything.