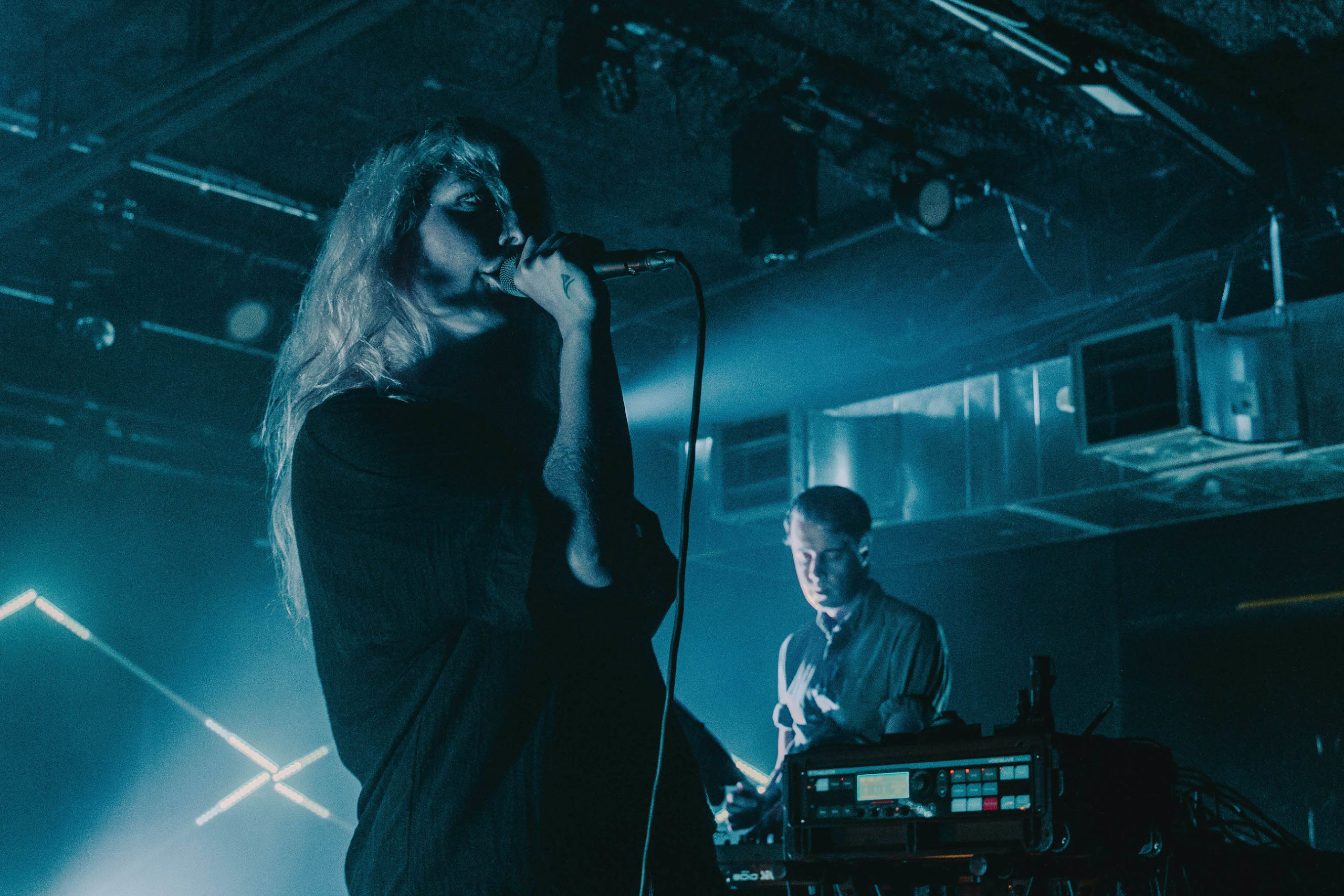 Boy Harsher has taken the underground world by storm. After meeting in Savannah, Georgia, Jae Matthews and Augustus (Gus) Miller formed the darkwave project and conjured a cult-like following from Brooklyn to Berlin, and right back to Savannah.

After two years of not touring, the duo has hit the road hard in 2022 and is currently embarking on an international tour. But don’t think the pandemic put any of their creative pursuits on hold. Boy Harsher created a visual album, The Runner (Original Soundtrack), that they released in early 2022, and have dreams of creating a feature film soon.

The pair have been making music for the better part of a decade and it’s clear they have no plans to slow down. Boy Harsher recently sat down with Impose after their show at Empire Control Room in Austin, Texas to discuss being back on tour, their creative process after COVID, and the best advice they ever received. You can read their thoughts and check out some photos from the show below.

How does it feel to be back on tour?

Gus Miller: I’m definitely feeling older. We used to tour nonstop like it was nothing. Now it’s hitting it a bit more.

It’s been pretty amazing, regardless. Live music is essential. After 2 years of the social media slog, it feels great to be connecting with real people. Rip some gigs, sell some records – that’s how you promote an album.

Jae Matthews: I’m really grateful that people are showing up for us – selling out every show feels super validating. Like, “Cool okay, people still like Boy Harsher.”

What was your COVID experience like? Did it change your creative process?

Gus: It was a lot of ups and downs, and completely twisted my brain. It changed the type of music I was writing, and I was much more introverted. The idle time also gave us the opportunity to make The Runner (Boy Harsher’s 2021 first film-album) which would have never happened in a normal touring schedule.

Jae: The pause put everything into perspective. I love Boy Harsher, making music, and playing live, but isolation taught me that I need to focus on my other interests as well. I want my legacy to include so much more.

What’s been your biggest challenge while writing new music?

Jae: Falling in love with an idea or demo and Gus punting it.

Who do you look up to in terms of performers?

Gus: We saw a lot of inspiring live music this year. Nine Inch Nails was a wild time. Their show is massive and has such a cool style. It made me think of lighting in a whole new way.

I also went to see Charli XCX at Primavera. She has some amazing video content that syncs with the show, it’s like watching a film. It got me thinking about adding a video element to our shows.

Jae: Charli was great! Our friends, Actual Objects, make the visuals for her live performance and they are beyond, totally unreal.

You’ve been a hit in the European underground, how do European and American audiences differ? Do you prefer one over the other?

Gus: Some of my favorite towns to play are Athens, LA, San Antonio, Lyon, Mexico City… It doesn’t matter where we are, people rage everywhere.

Jae: I get a little homesick abroad, which is the big difference for me. Generally crowds are the same wherever we go, and we hit just as hard in Berlin as we do in Mexico City, Austin, or Zagreb. I’m thankful that we have such devoted fans all over.

What’s the best piece of advice you’ve been given?

What’s next for you?

Gus: We still have a million more shows this year, but after that, I’m excited to hit the studio and start writing again.