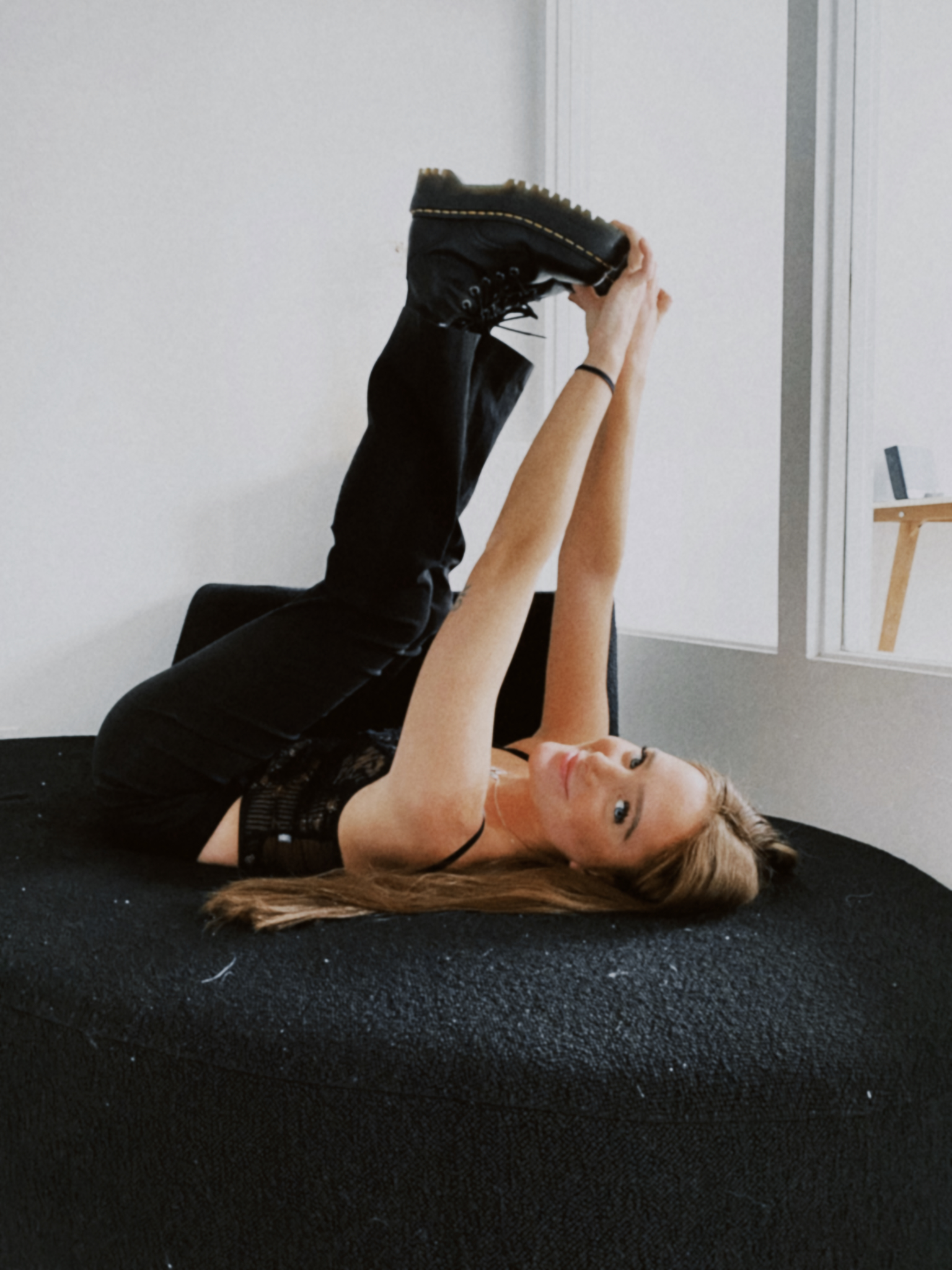 There seems to remain a consistent western pull in music these days. For example, Cry Pretty, the surprise musician for the end of the summer blues, sends her sounds from the great state of Utah. Despite the small discography, her music leaves an impression with aplomb. Her dedication to her craft, as well as welcoming the opportunity to be vulnerable, signals her appeal to listeners across genres. With her latest single, “Ghost”, fans will be gifted a genuine sense of this musician’s talent and original exploration.

Right from the get-go, a pulse beckons the listeners into Cry Pretty’s dream-rock vocals. It is a ponderous lyrical trip. Listeners will be invested yet observing all the same. There is an angst that shoves a thrill that is supported by a truly infectious beat. Her vocals sidle up within the ears and really rounds out the sound. The riff that crawls closely behind is also blissful and the twinkles keep the listener enthralled. There is emotion within this track that blends; frustration, sorrow, hope and a strange sense of joyful play. Cry Pretty has tackled a wealth of attention to detail and it shows. And thankfully, fans will have more to dig into hopeful sooner rather than later.

The mind behind Cry Pretty, Halley Crave, eagerly shared her drive and focus from a chaotic yet inspiring year.

Your track “Ghost” is fresh and a wonderful find. How was it working with Bad Heather? Do you have any memorable moments during the creation of this song?

Thank you, I’m really happy it’s been received so well! Bad Heather (Porter Chapman) is one of the most talented artists I’ve ever known, I don’t say that lightly! Searching for the right producer can be pretty daunting. When I first heard Bad Heather’s music, which is all self-produced, mixed, and mastered on his end, I immediately knew he was doing something special and unique, and I wanted that influence in my songs. He has this ability to enable my vision and push it past the limited understanding I have for my songs when I initially take them to him. I think that’s been the coolest part – I always think I know what I want … but over the course of the weeks working on them, they become something entirely different, while still being true to the original message they held…They’re always better for it.

How has this year helped shape your sound and why? Is there a new take on your process?

This year has totally shifted my perspective of my own abilities and expression as a songwriter. I’ve always leaned toward punk, indie-folk, or anything with rock influence. Pop wasn’t really a genre I anticipated myself doing, but now, I feel like I’ve found my voice within that realm. My process has always consisted of me playing some acoustic guitar chords and writing lyrics around whatever tone I’m existing in that day. For the most part, lyrics come really quickly when I’m in the right state of mind to be honest with myself, whether that involves projecting my current insecurities or confronting my ownership in the aspects of my life that I’d usually rather hide from.

I’ve been writing songs for as long as I can remember, and they’ve lived in the archives of my iPhone voice memos for years, where I felt they were safe, or where I felt safe. Locked away and forgotten about, but never in the ears of people who could break my heart with their disapproval…I got tired of hiding. Finding the strength within myself to be vulnerable enough to seek out a producer who I could trust to bring new life to these songs has pulled so much inspiration out of me, now I can never look back. I embrace the changes that come and trust the process rather than fear whatever’s to come beyond what I currently know. There’s comfort in being stuck, because you know that space so well…I don’t want to be comfortable anymore – I want to prove to myself that I can always do more.

What musical ambitions do you hope to tackle in the future? Are you already well on that path? If so share!

I have so many songs in the works! In fact, a few are finished and ready to go right now, but I’m just taking some time in between releases to promote each single and build my brand. “Ghost” was my first release under my music project, and I’ve been really excited about the success it’s gotten so far, so I want to make sure I take my time to really give each song its own moment and attention. All of that being said, I plan to put out my next single in early September! You can stay tuned for all of those updates on my instagram page: @cryprettymusic.

Are there other art mediums that aid in your music creation? How so?

Absolutely, I love cinematography! Sometimes, after watching a really good film, I find myself thinking of lyrics from the perspective of characters within those worlds. It’s like having a conversation with someone outside of myself, but within the realms of my own mind. It’s crazy what you can learn about your life values and perceptions when you take yourself out of your own body, so to speak. The same goes for drawing. It’s not something I do on a daily basis, but sometimes, when I feel my mental blockers building up, I start drawing without any specific direction or vision. Whatever shows up on the page is the truest form of myself in that moment, untainted and unbiased. Just brain vomit, but a tangible piece of myself, nonetheless.

What is a message you would share to musicians that are struggling? What have you learned?

This is a really cool question because I’m still not entirely sure what I’m doing…I’m learning that no one does. Everyone has imposter syndrome…If you’re anything like me, that can evolve into an authenticity complex. Wary to sell our souls to the internet, it proves to be a little painful trying to pave our way into an online space where billions of people are desperate to be influencers of their own kind…If you know who you want to be, be that. The world is craving realness and vulnerability, so lean into it. We’re all creatives, trying to pursue the extensions of ourselves that don’t make any sense until we make them make sense. You are the commander of your own existence and expression, so no one can believe in you if you don’t first believe in yourself.

I’ve personally struggled with anxiety for as long as I can remember, and that’s kept me stagnant and stuck many times. I always believed that if I waited a little longer for my mentality to change, the motivation and inspiration would eventually find their way back into my life…That’s just not true. Motivation does not precede action. Motivation follows action. The more you exercise your creativity, the faster you’ll find your footing, even in the dark.