Catch Up With Hockey Dad As They Gear Up For Boronia Album Release + First Headlining U.S. Tour 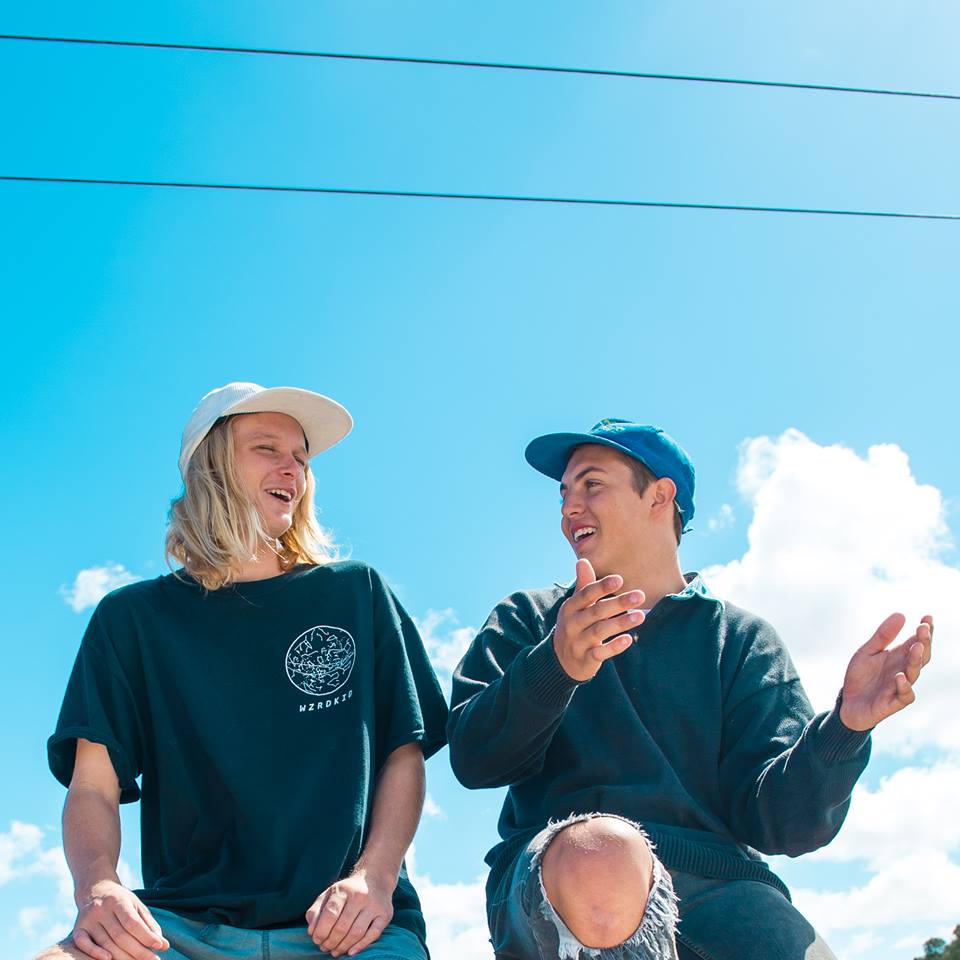 Windang, Australia-based Zach Stephenson and Billy Fleming’s Hockey Dad has been making waves internationally, as they gear up to release their latest album Boronia. After our initial introduction to their single “Jump The Gun”, we knew we had to get in on the action and interview them. Plus, who wouldn’t want to know more about a duo called “Hockey Dad“? AMIRIGHT?

But why? you may be asking. The song speaks for itself. “Jump The Gun” has an incredible beachy, surf/pop vibe to it, rendering it perfect for our heatwave weather. The carefree atmosphere doesn’t stop with the instrumentals, as the chorus echoes “And I don’t wanna go home / I’m having too much fun / And I don’t want to go home / So leave me alone” repeatedly, a sentiment I’m sure we’ve all been feeling at mid-summer parties lately.

As a result of the release of this fun song, we got some answers out of Billy Fleming, half of the notorious duo.

Tell us the origin story of Hockey Dad.

When I was about 5 years old, I was playing footy out the front yard with my Dad. Zach, only living a few doors down from my house, decided to walk on down and ask “Can I play too?” in his scrawny grommy voice. We haven’t looked back since.

When did you realize music was kind of your thing?

In the beginning, we were just 13 year old grommies jamming on Zach’s Dad’s old gear in his shed when there was no surf. I guess it took a few years of playing gigs around our hometown to realize we could do something half decent with playing music.

And what’s the name about?

After recording some demos in my room, we were having a few beers and watching The Simpsons. This episode came on where the intro is Bart and Milhouse playing a game called “Hockey Dad,” which starts out as a regular hockey match until these drunken dads start punching on. There really wasn’t much thought to it, we just thought it was hell funny.

What was the process behind your single “Jump The Gun?”

The song was written in my room while staring at my Endless Summer II poster, one of our favourite surf movies of all time. The lyrics spiraled off the line “On any day of the year, it’s summer somewhere in the world.” We found the demo from the when we first started the band and thought we’d bring it back to life for the album.

What do you want people to feel when they hear it?

I guess it’d be sick if people were stoked and energetic when they copped a listen, especially when we play it live.

Copping free beers and seeing people that are genuinely stoked to come watch your show.

What is something you think everyone should know about you?

If you had to lose a toe, which toe would it be and why?

I swear we’d be screwed for surfing and skating if we lost any of our toes. I’d have to say the middle toe though. Sorry mate, no hard feelings.

If you could switch lives with someone for a day, who would it be and why?

One of our dogs, they’ve got a hella good set up. No commitments, just sleep, eat, and run around Windang annoying everyone. Then again, we pretty much do the same thing already.

What’s up next for Hockey Dad?

We’re releasing our debut album Boronia on 12th August, and we’ll be heading out on our first headline tour of USA through August/September with legends Muuy Biien. Hell keen!

Hockey Dad’s debut album Boronia is out on August 12, followed by their first U.S. headlining tour.