Cleaning Toilets: Are These Gigs Making Me an Alcoholic? 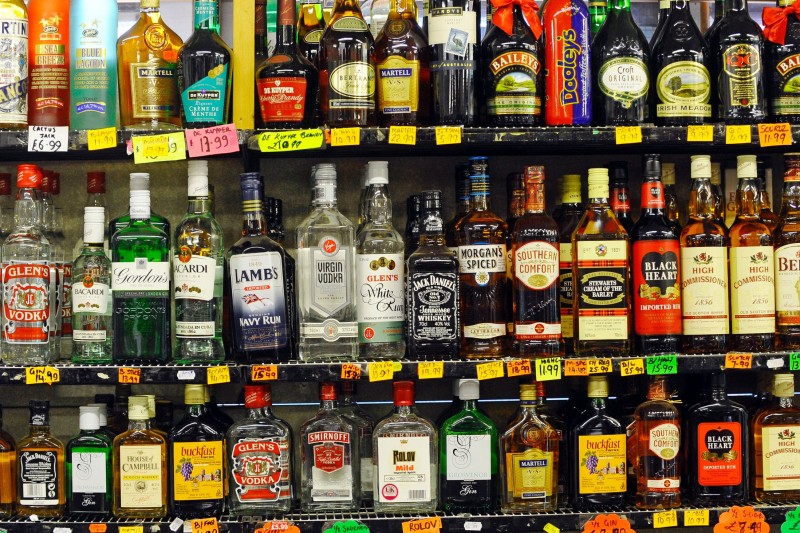 It is awkward writing an advice column when I so frequently wake up to the feeling of regret. Doing this feels aspirational for me. In a larger sense I don’t have answers, so when I give advice it isn’t what I hold to be true and apply to myself, but rather what I tell myself in attempt to be the type of person I want to be. With that said, nobody asked me to write about alcohol, but it felt necessary. The last few months housed several attempts to quit drinking, but each time I would inevitably find myself waking up physically sick, angry at myself. Why do I keep doing something long since I acknowledged is bad for me? I need advice.

Anyone who works at a venue can tell you that “Was the show good?” and “How did the bar do?” are frequently synonymous questions. By-and-large, a good party means a large crowd and a large crowd is a mass of people ordering drinks. Artists are paid out of the money from the door and the venue is paid from the bar. If there is no cover and artists are getting paid it is from a bar cut. If the show is dry the venue has to take door money and artists get paid significantly less, if at all. I live in a world sustained by alcohol, and although it is no fault but my own, a lot of the toxicity in my relationship to drinking is masked by the environment I intentionally foster.

I used to not be much of a drinker. Sometimes, but never on my own. It was like going to the zoo. If a friend of mine asked, “Hey, you wanna go to the zoo today,” I’d respond, “Fuck yeah I want to go to the zoo!” It was occasional. That changed when I was working at a venue nightly. Shows are such a pain in the ass that there is no real reason to do it outside of passion. Most nights, and this applies to staff and artists, you make little to no money, and are paid with a few extra beers because if the show did poorly you might as well have fun. More often than not “drunk” is a stand-in for “fun.”

All of this happened in a setting where the one constant is a cultural and financial reliance on booze.

That isn’t to say that drinking wasn’t fun. It was very fun. When I moved to New York City I got involved in what had been a community that only existed ethereally through my computer screen, and it felt as if the doors to a whole new way of living had been blown open. I met people who motivated me, and then they became friends and ingrained into my life. Things that had once been fantasies became pillars of my daily life. It was exciting the same way that discovering punk when I was 12 was exciting.

Over time the glow of this new life faded and art, which was once my safe haven, felt normalized. Shows felt less wondrous and more like watching TV. I never stopped loving it, but there is a huge difference something being your all caps with italics EVERYTHING and being like everything else. All of this happened in a setting where the one constant is a cultural and financial reliance on booze. Drinking went from a thing I almost never did to a thing I did regularly to a thing that increasingly felt less like an activity and more like a force that acted on me.

When I was a drunk I thought my problem was that I was a drunk, but upon first attempting to quit I learned what was on the other side of sobriety: fear and insecurities, waiting, with collected interest, as if I’d invested them. Prior to that I figured alcohol was a vice I had become accustomed to, but I realized that there is a very distinct motive behind my drinking, and in that small nuance between habit and hiding from my myself, it became alcoholism.

I turned to alcohol for a place I could go where the mundane was once again benign.

It’s easy to claim that booze ages you in a very facetious Catcher in the Rye kind of way, but for me it was the opposite. In many ways getting drunk was a purifying experience. It brought back a lot of innocence that I felt I had lost. This world that I once escaped to had turned into the one I lived in, and for the numerous reasons we all need to escape, I turned to alcohol for a place I could go where the mundane was once again benign. It was my favorite place to go, and I think it still is.

As for the advice.

If your goal is just to have fun and you don’t mind being a drunk guy, then keep drinking. It is very easy to appreciate things when you are drunk because it dumbs you down, and it is a lot easier to appreciate anything when you are drunk. In and of itself that is neither good or bad. Similarly, it is also easier to appreciate things when they either great or new, but both of those things are luxuries. To be a skillful appreciator you must be able to look at a mediocrity and see potential. You have to be able to talk to people about their ideas before they’ve matured, and despite the fact that art can be familiar to the point of being derivative, there is a spark of new in everything you see. When the work is hard, and when your skill is required, is when you take that little spark and blow it up and conjure that feeling of revelation time and again. That is emotional labor, and if you rely on alcohol then you are denying yourself the ability to get better. Although it is rewarding, it would be incorrect to view loving art and loving the people who make it as anything other than work. Very hard work.