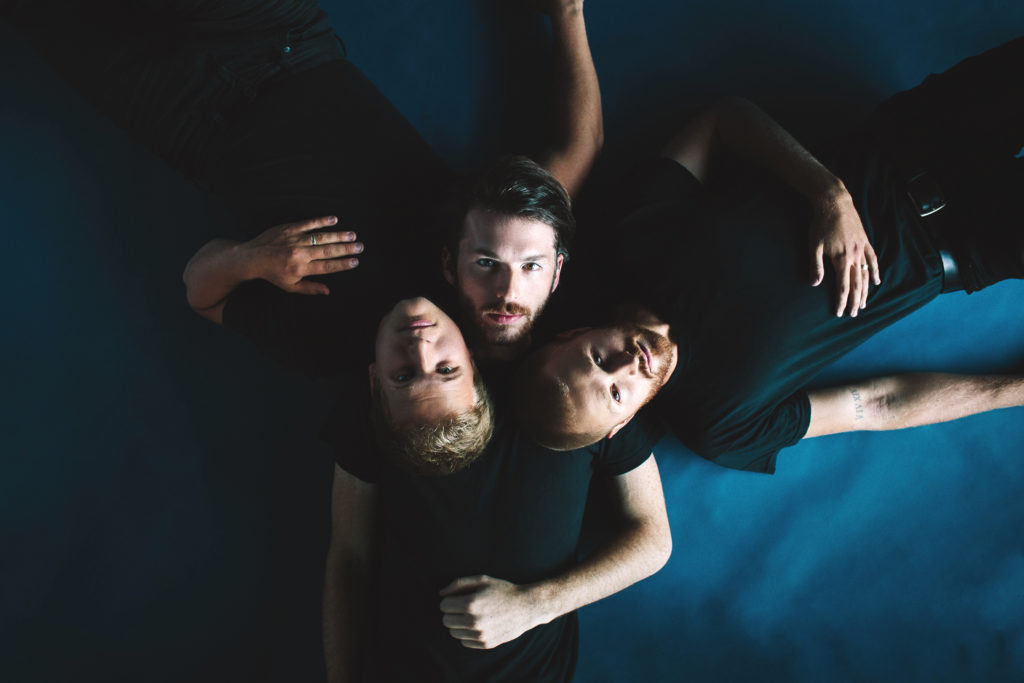 Saskatoon-based alternative rock trio Close Talker – comprised of Will Quiring, Matthew Kopperud, and Chris Morien – released their sophomore album, titled Lens, at the end of April. The collection is robust, a well-produced 10 song feat that captivates from the very first line of “All Of Us” to the very last note of “Seasonal Friends”. Stream Lens in its entirety below, and then check out the interview we were all to happy to conduct with Close Talkers’s Matthew Kopperud.

What was the first song or album you remember listening to, and who introduced it to you?
I (Matt) remember listening to Big Shiny Tunes 5 which is this compilation disc with pop-rock hits. I think I got it for my 10th birthday or something. It was mostly rad! That being said, the first song I really got into sonically was “Dreams” by Fleetwood Mac.
Will liked Relient K and Jimmy Eat World as those were his jams for his early years. Following that he got into the blues pretty heavy or anything guitar driven.
Chris really dug Foo Fighters as there were really influential for him, among others. In high school Chris was a full on jazz nut. He is super knowledgable and a great saxophone player too.
Does that song or album have any bearing on your sound now?
I don’t think these songs have influenced us in our songwriting or style – but definitely in the production side of things. The fat bass in that Fleetwood Mac song and how everything is separated in the mix is so nice. It is spacious and allows the song to breathe. I think that is something we’re learning slowly to appreciate in our arrangements as songwriters.

What would be on your ultimate rider list?
Our wives. They rule. Everything else seems menial in comparison, so I don’t know how to answer this one.

Do you like green eggs and ham?
Course.
What else is down the funnel for you in 2017?
We’re touring pretty hard this year. Hoping to enter some new markets, but apart from that we are always writing and recording. Hoping to get ideas on paper while they’re fresh in our minds. We’re writing and filming some music videos as that is another passion that has surfaced for us. We’re pretty excited about what we have in mind. Hoping to get some canoeing in this summer too.
Hoping you all are doing well and hopefully we can cross paths soon!
___
Lens is available now.

PrevPreviousThat One Eyed Kid Debuts "No Touching", Talks Close Encounters and Snowflakes
NextDave Hartley Talks New Album I Can Feel The Night All Around Me Solo WorkNext