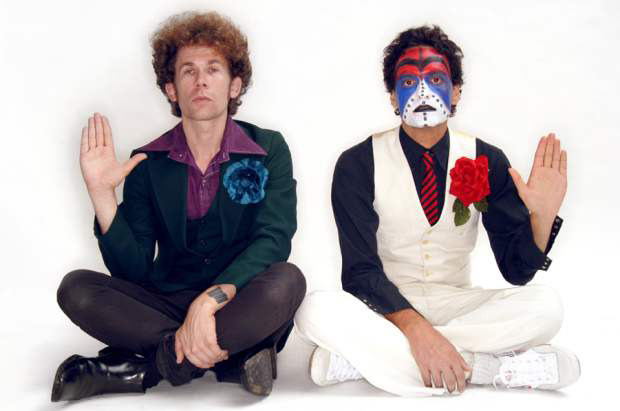 This is basically 10 songs from a list of many that keep ending up in my headphones over the last month. I have always been way in love with heavy early-'70s psych rock, and lately some new gems that I was not so aware of have been surfacing.

1. Tractor, “All Ends Up”
So with that in mind we start with early '70s British weirdo rock at its finest.

2. Zior, “Angel Of The Highway”
This song will make you want to wear bellbottoms and smoke opium while setting things on fire. Just when you think it's over, the excellent drum freakout portion kicks in.

3. Josefus, “I Saw A Killin'”
Early '70s band from Houston, Texas. This is high quality backwoods creeper rock. They give a very convincing account of in fact witnessing “a killin”, all the while treating you to some outstanding drum breaks and some heavy evil guitars.

5. Kevin Ayers, “Lunatics Lament”
Most excellent Psych rock tale about his good buddy Syd losing it. I couldn't find this song alone on Youtube so it has another attached on the end, you may like that one as well.

6. 10cc, “Rubber Bullets”
This band has so many different angles to what they do. I think this is the tongue and cheek bubble gum approach. The video is my dream like idea of a good time. If only the kids were still like this.

7. Robyn Hitchcock, “Do Policeman Sing”
I love the dissident guitars, I love the relentless rhythm section and I love the falsetto vocals. Lovely recipe to a excellent piece of weirdo rock history.

8. Nikki Sudden, “Back To The Coast”
Nikki Sudden was in a league all his own. I don't know if it's just me, but it doesn't seem like he gets the respect he deserves. I think that all the years he was active, he was staying true to a spirit and honesty that rock 'n' roll icons are made of. But heroin is real dumb and it killed him, so I guess he did have some flaws.

9. Fleetwood Mac, “That's All For Everyone”
Was never really a Fleetwood Mac fan. I like the Peter Green stuff, but just can't listen to Stevie Nicks' voice. There are to many “mystical ladies” gone wrong and it's all her fault!… Anyway, this song is super awesome!

10. The Raspberries, “I Don't Know What I Want”
Straight up solid '70s blue jean rock 'n' roll… I like to pretend this is being done by The Alice Cooper Group with Keith Moon on drums…. But it's not, it's the Raspberries and they deserve their own props for kicking out an American teen angst rock gem.