Geeking out with Ty Segall 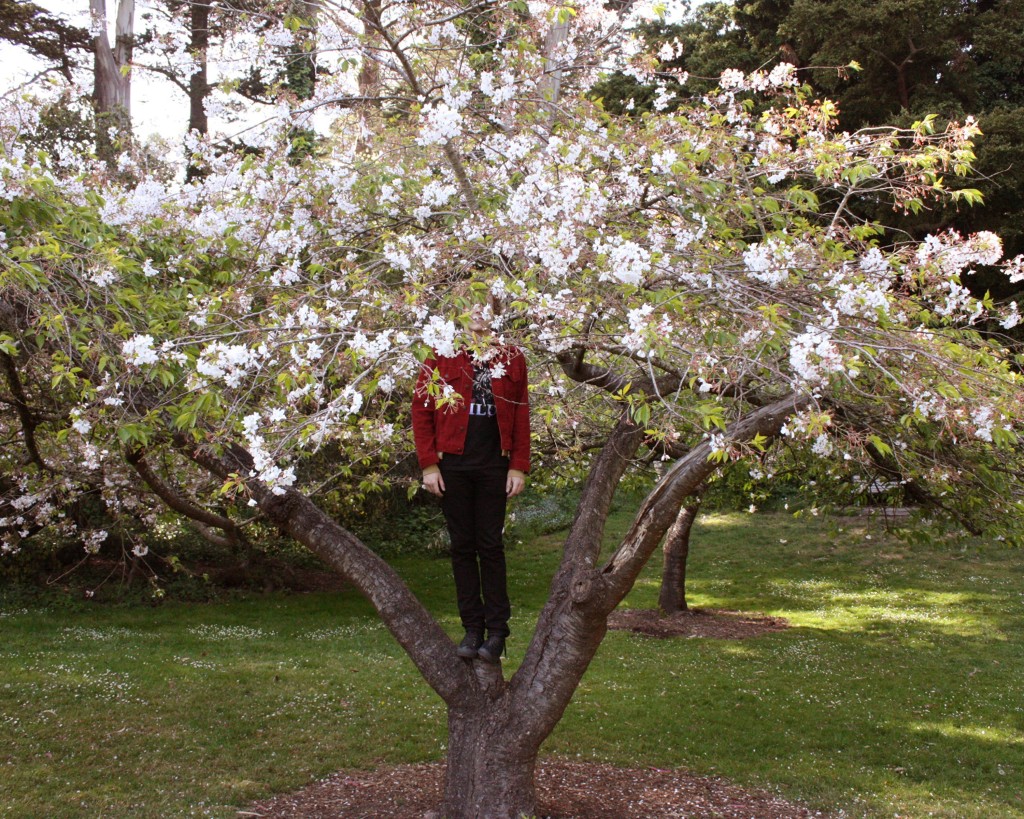 Ty Segall recently dropped the excellent Goodbye Bread on Drag City after recent years of putting in work as San Francisco’s resident garage rock hero. In between rehearsals and busy itineraries, we talked labels, glam rock, his upcoming show with his beloved band the Traditional Fools and more.

How are you digging being signed to Drag City?

How many labels have you been on thus far in your career?

How many labels do you want to be on?

As many as possible.

What would it take to get you to sign on to a major?

That would never happen, I don’t think I would ever do that.

You don’t seem like the type but it’s always interesting to play with the idea, eh?

It has been interesting to watch your live line up from solo, to a drummer and a bassist, or added guitarist. But what is your ideal live setup?

What we have now is bass, drums, guitars, or two guitar…that may be my ideal.

Do you like more of the power trio setup?

Yeah, power trio but I like the idea of four people.

Hence the addition of the fourth person with the second guitarist.

Goodbye Bread and Melted show off the more meticulous side of your guitar work craft by slowing down the tempo on certain points and so forth. What are your feelings about the interplay between the slower than more face-melting rock & roll elements of your music?

I like to slow down the dynamic sometimes, it’s all about the dynamic for me now for the past two albums.

How do you feel about the comparisons of you to the late Jay Reatard?

I don’t know, I think it’s a compliment but we both play rock and roll you, but besides that… we have long hair.

Ha ha, you seem generally way more adjusted than the former with all due respect to the deceased.

Well you know, I didn’t really know Jay but I know a lot of people that did and they didn’t have the best things to say about him.

Have you been enjoying the re-releases of those early Goner Records albums Teenage Hate with Fuck Elvis Here’s the Reatards?

Yeah, that some of my favorite stuff, you know? Definitely.

Curious to hear your thoughts on current pop trends and such. How do you feel about the blog wave of artists who are internet celebrities for a week, or month…

I think it’s pretty funny, but I don’t know with the whole blog thing where everyone can be a trendsetter. I try to stay away from those sorts of things.

It seems like you have a bunch of people who will be as passionate about artists as they are to tear them down and start pontificating about the next flash in the pan.

Maybe it’s that kind of sport that is looked for as entertainment by the internet audiences which is too bad because I think it gets in the way of people getting into the music, the bands, the artists…

You mean the drama on the blogs?

Yeah, I mean between tumblr hype, dodgy rating systems, the power of one reviewer…

Yeah all that stuff is completely ridiculous where all this stuff and expectation comes down to that review written by one person. I don’t know how it all goes down but so often 9 times out of 10 its bullshit where they are willing to point you in the direction to what in their mind is the end all and be all of cool, cool.

I think the ‘Fork gave Goodbye Bread an 8.1, but did you get a Best New Music sticker?

I never go on Twitter. I don't go there, I try to stay away from Internet stuff in general.

Which artists are you obsessed with these days?

I mainly have been listening to old bands to be honest, but new bands like the Oh Sees, Mikal Cronin who also plays bass in my band.

Some seem to compare your one-man-band approach to Jack White's rise to power a decade back. How do respond to that comparison?

Jack White…that's rad, you know? That's a compliment…I don’t know, maybe the best would be to say thanks for that but lately I have been revisiting their first few records; the self-titled, De Stijl…some good stuff.

With the light T. Rex vibe on Goodbye Bread I was curious which glam to rockers you dig outside the Bolan-Bowie continuum?

Gary Glitter is a massive creep but I love his records, I love the Sweet, I love the Move, they draughts up rule, Sparks…

Yeah, Kimono My House is a treasured favorite.

I love that record, so good. Some people don’t like them or get them.

Maybe it’s their huge discography. Have you seen how many records they have been putting out since Kimono?

Yeah, they have so many records.

What's the story on a Traditional Fools reunion?

It's funny, it's not really a reunion because we love hanging out, we are really a bunch of friends that have been playing music this whole time every once in a while. It's fun to play in that band but everyone is busy and I don't think that any of us want to take it seriously, that would take the fun out of it for us I think.

For you what is the best thing about being a Bay Area musician?

Hanging out in the Bay Area!

Who do you think are a few of the greatest Bay Area artists that don't get enough credit?

I think Thee Oh Sees and Sic Alps because they deserve to be far bigger bands than they are.