In For The Kill: Q&A with Soft Kill’s Tobias Grave 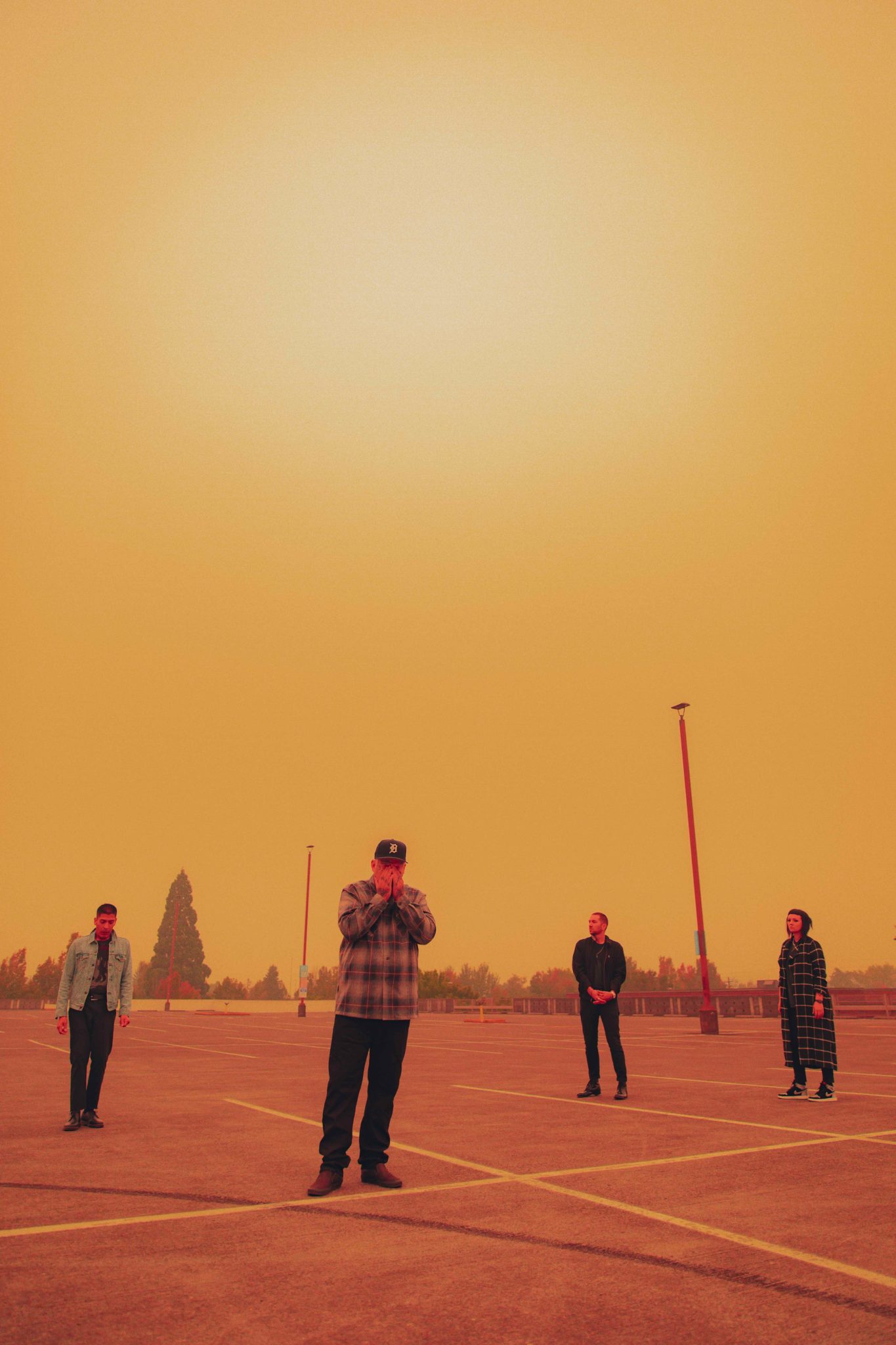 Portland, Oregon’s Soft Kill are back with a vengeance with fresh tracks “Roses All Around” and “Floodgate”. Both tracks are a part of their upcoming November 20 release of new album Dead Kids, R.I.P. City via Cercle Social Records/Cobraside. It has been two years since musicians Tobias Grave, Conrad Vollmer, Owen Glendower, Daniel Valadez and Nicole Clbath graced the airwaves, and fans will be overjoyed on their return.

“Roses All Around” begins like an opener to a science fiction film with a trip through the emptiness of space. Calm whirring enters the ears to unleash lingering synth power that arrives at the forefront. There’s an ’80s layer that is met with goth-like vocals, clearly reminiscent of the mature days of new wave and punk. It’s truly a catchy tune regardless of its overall theme. Listeners will want to grasp onto Soft Kill’s range as they take off into another black hole of obvious wonder. In fact, the accompanying music video gives off major David Lynch vibes, especially compared to the most recent season of Twin Peaks, episode 8 – Gotta light? A wild drug chase ensues in gritty black and white intensity. “Roses All Around” is an ideal song to welcome new fans to their witty style and sound.

Soft Kill’s music could not have popped up in a more uneasy time, especially for Portland residents who have seen much calamity during this tense election season. For fans who want even more, they can preorder a deluxe LP that includes a tandem board game, because that is the pure joy of Soft Kill. Tobias Grave of the crew was kind enough to share some insights on this collective body of work and the wild year it’s been.

How has this new album evolved your approach to your craft?

I think I’m less concerned with writing songs that people expect from us and more into just letting Soft Kill evolve sonically. We paid more attention to bands who were celebrated for their growth instead of condemned for not sticking to a beloved formula.

Has the events of 2020 influenced any of your band’s artistic growth or perspective?

Ownership of as much as possible is definitely a key factor in surviving this landscape. I think bands are going to have to release more music and be really mindful of operating their own stores that stay stocked with whatever appeals to their fan base. This can be overwhelming to some but I think it’s a world we could potentially strive in as we’re constantly creating and wishing we could release new material.

Have there been any other mediums that have been a saving grace during these odd times?

We’ve focused mostly on curating merchandise with artists we admire and respect. Initially we were writing new material constantly but that fizzled just due to the stress of life during this big mess. Personally, I haven’t gotten to experiment much with anything different.

What hopes do you have for the future?

I hope we can get out of this pandemic without losing another hundred thousand people. From a band perspective, I hope we collectively as a music scene celebrate what we have and do whatever we can to make sure it’s ours [while] benefiting each other. I can’t tell if the world views the music industry as a cash cow or glorified hobby. Maybe a combination of both, neither of which are very comforting.

Have there been any ridiculous events that have occurred in your world at home?

My life revolves around a three year old, so every day is a ridiculous event.