One Twerps' Idea of Home 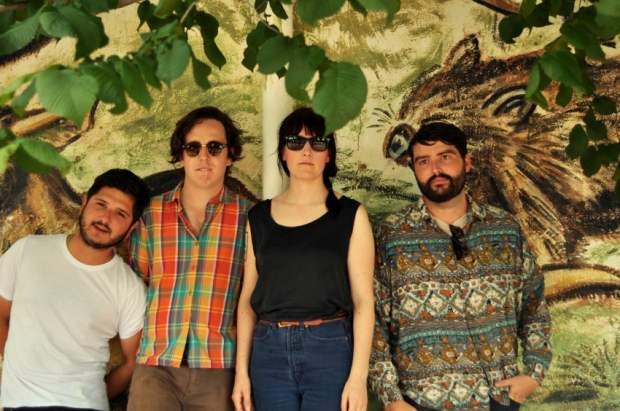 The idea of Home, for some, it is so many things, and for others, it’s nothing. Hit the roof, be bullet proof, proof of existence, and proof of absence. A home as a eulogy, a home as evidence of life. “A house that has been experienced is not an inert box.” * My home is experienced. It casts a shadow SOMETIMES, it has a grey lid. I like to be alone in my home, but I don’t like to be alone in my home. I have lived in twenty-three homes.

The tent I was born in was in Whangamomona, a small town in the Stratford District on New Zealand’s North Island west coast. My Mum, Dad, Auntie and Uncle and Cousin Dan moved there to be self sufficient in the early 80’s. It took half an hour to get down the driveway. ‘The Farm’ was thick in the bush. My extended family has always clung to a fairly ‘communistic’ lifestyle and is talking about gathering again in the Whangamomonas. Mum and Dad’s house now is the house I spent 12 years in as a kid. I have lived away from it for exactly as long now. Do you need to be away from somewhere you are connected to spiritually for equal portions to feel like it’s not your home anymore? I am homesick ALL the time, even though I think that house is a wee bit haunted. However, that house is NEVER finished, but it is very beautiful. My Mum and Dad have at times adjusted the house to suit a new neat thing they’ve found.
My first home in Wellington was an unventilated student accommodation building on Torrens Terrace. We had a giant ashtray we called Beth Heke. Beth Heke was a witch-hat road marker whose smallest hole at the top facilitated the drop off point for cigarette butts that were at times called upon to be smoked again. My good friend Paul used to get married in this home, wearing the black bustle from one of Sarah’s skirts as a veil, and getting showered in rice. One uptight member of the house at one point acknowledged the importance of the weddings, but begged for the rice to be picked up afterwards. Sarah and Paul and I had a gang called ‘Higgins’, later to metamorphose into ‘The Gang of Fighters’. Despite our mission and although some came close, we never recruited any new members. In this home, a bomb was left behind in the laundry cupboard that Sarah and I made out of spray cans, string, and electrical tape and had planned to detonate on the top of Mount Vic. We forgot about it, and didn’t realize how it would seem a little bit like a threat to the landlord Jamie, who we owed a large portion of the rent to still after we moved out.
After that house, Sarah and I moved into a house on Cuba Street where we paid equal rent, but I lived in a bedroom, and she lived in a hut in the lounge. Some time later I was living in a house up the hill behind ‘Aro Fish and Chips’ with my boyfriend Phil and a guy who named himself Osaka, who studied Chinese acupuncture. Me and Phil were so poor when we moved in that we raided the five-cent pieces that were artfully strewn across the courtyard to buy Aro fish and chips. I don’t think anyone noticed at first because we were cunning enough to get the five-cent pieces a wee bit at a time. Aro chips were amazing, thick cut chips with the skin on but the fish was just OK. Also in this house, once I popped some bread in the toaster and due to what I perceived to be a premature burning smell, ejected a toasted mouse that was crisped into his expression of agony. Chris Bishop lived in this house, some mornings emerging from his bedroom in a dive roll with an invisible gun. He had been very moved by For Whom The Bell Tolls and I think was wearing dog tags too. Once we broke the couch in the living room after a night of drinking white rum dancing to a Modest Mouse song, he thought they were cool. The last house I will talk about is in Melbourne. Marty and I lived there, and our bedroom didn’t have a ceiling. More damages were caused because of jumping on couches. One of my best friends Elianor and I were jumping on our futon couch after my birthday and she did a back flip and broke our really large, thick window at the bottom of the light well. The house was a Victorian terrace house with some fun 90’s renos like that, and a mezzanine floor. I wish more houses had mezzanines. But yeah, her body ended up squirming AND UNHURT in a tiny space between the couch and the light well with her legs doing that futile ‘upside down run’ to attempt to propel her body into an upright position. A Pomeranian-Maltese cross called Quinn (we called him Quincy) lived at Fitzroy street. He found his own way into gallery openings. Most of his activities included, eating apples off the dining room table, chewing girls underwear, and biting. He was a nice little dog.
* Gaston Bachelard, ‘The Poetics of Space’
PrevPreviousConspiring with Greatest Hits
NextDreamers of the GhettoNext