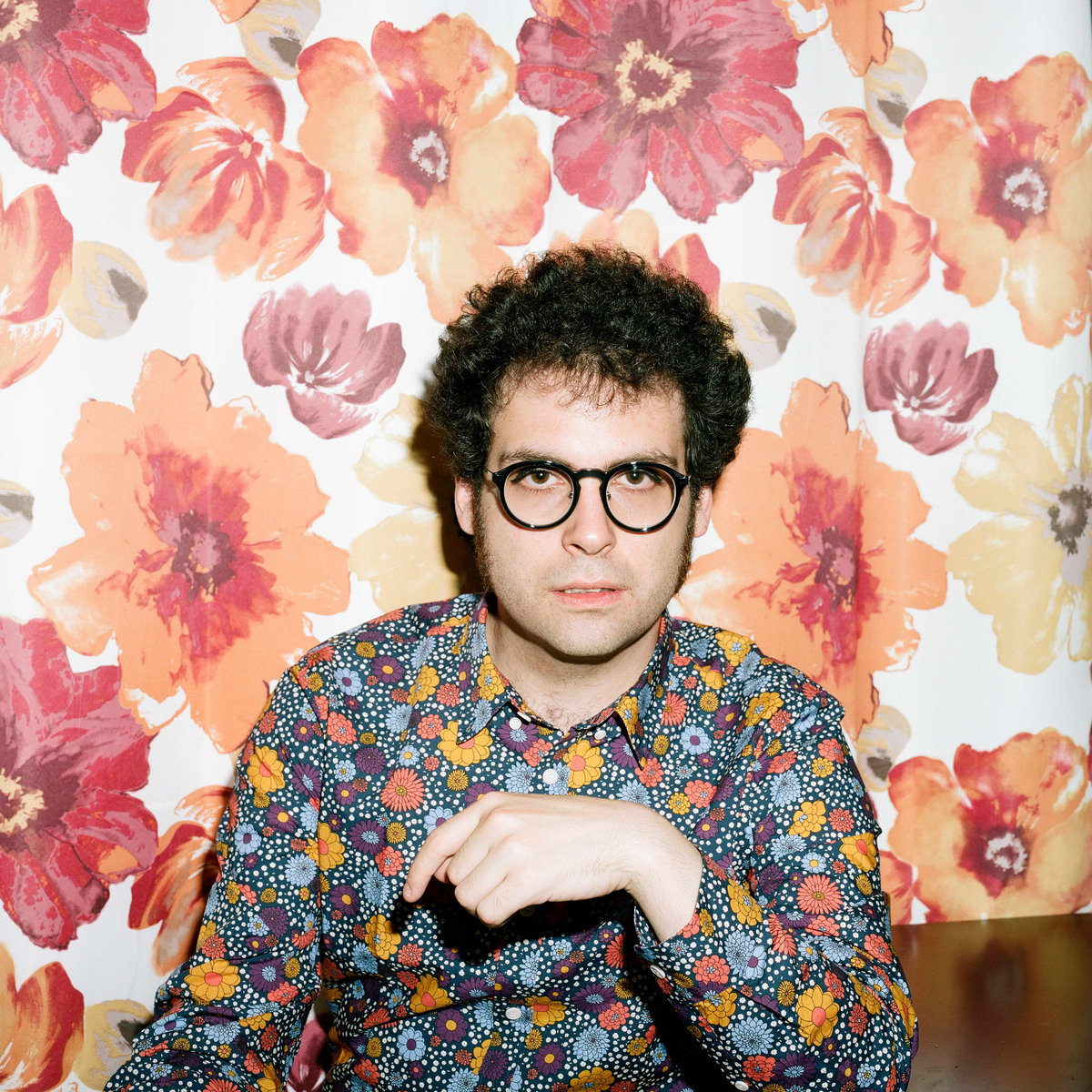 A nearly-lifelong Portlander, power pop extraordinaire Mo Troper is perhaps the city’s finest purveyor of soaring hooks and earworm melodies –– and he has been for the better part of a decade, first with rock-oriented bands like Your Rival and Sancho, and more recently as a solo artist.

His latest album, Natural Beauty (out today via Tender Loving Empire) picks up where 2017’s Exposure & Response left off, with Troper leaning even harder into the florid orchestral arrangements that marked that record. But lush strings and glittering production aside, this is also simply Troper’s strongest batch of songs to date; if his music could be defined as a pursuit of pop perfection, then Natural Beauty represents a new level of melodic sublimity. Troper sat down to talk about the new record, running record labels, and more.

You don’t write about music so much anymore, but has your experience working as a music journalist/critic had any sort of impact on your perspective as a musician?

Totally. Not in the kind of way where I will, like, create music based around how I think critics will respond, but I think that lyrically it all feels pretty similar to me. I think that writing anything will make you a better writer across the board. So I guess that’s the simplest answer I have, but for a long time at the Portland Mercury I was writing blurbs that were like 150 words, and really had to figure out how to consolidate a lot of feeling and analysis into a short amount of space. And so I think that I still try to do that with my songs. A lot of them are really short, but kind of jam-packed.

Speaking of lyrics, a lot of your sonic influences seem pretty clear, at least some of the big ones (Big Star, Teenage Fanclub, etc.), but your lyrics don’t strike me as being very in line with those sorts of power pop bands. There is a mix of cleverness and poignancy that I think is very specific to your writing.

I still think that my main lyrical influences are lyricists, like musicians. I definitely think about lyrics a lot, and prioritize lyric writing. It’s really important to me, in a way that I don’t think is necessarily important to some others, especially within power pop. Like I love Big Star, I love Teenage Fanclub, and sometimes their lyrics are pretty stupid. And that’s totally fine. But I love Paddy McAloon’s (of Prefab Sprout) lyrics; there was a time in my life I was very interested in Elvis Costello; Andy Partridge (of XTC), Fiona Apple, Aimee Mann. But yeah, Paddy McAloon, especially, writes with this great mixture of human feeling and really dense wordplay, it’s very English. That has always been really appealing to me, I think it’s fun.

It used to be different. It used to be I would bang around with like a guitar until something came out that seemed like it could be a song. But recently, like with this album, I would have an idea, and it was usually a chorus or a phrase or something and I would build around that idea. The first solo album that I did (2016’s Beloved) was pretty different: it wasn’t really high concept, they were just sort of normal love songs, I guess. And by contrast, I would say that this album is actually sort of conceptual. Like it’s not a concept album, but each song has its own sort of unique concept. I feel like when you’re younger maybe you just have lower standards and it’s just like “damn, I made this,” and it feels like the older I get the harder I have to try.

Was the recording process any different for ‘Natural Beauty’ compared with previous records?

Yeah actually, it was. It was very long, probably about a year of tracking. I had someone play drums for me, and most of the symphonic instruments –– horns, strings –– were played by other people, but aside from that I played everything, and arranged all of that orchestral stuff. And that was all really new for me. Writing the songs was the quickest part of the process, everything else took a really long time. My first record I recorded with my band, and that took like a few days. And then I sort of felt pressured to make another one, to capitalize on whatever momentum I had generated from that. So we did another record pretty quick with a band, but also added some strings and stuff like that, so it was kind of a weird in-between.

And now you’ve taken that a step further.

Exactly, yeah. And also I just took my time. I didn’t feel any pressure. I decided I wanted to do it by myself. And I don’t know if I want to do that again, but it was a very gratifying experience. I think if someone feels the urge to do that they should at least once. Just because it’s, like, important to get to know yourself musically in that way.

Pivoting a little bit: having been a part of it for so long, how do you see yourself fitting into Portland and its music scene these days?

Generally I feel a little less connected to what’s going on now. I mean I feel connected to what I do here, but there are times when people ask me what my favorite band in Portland is right now, and I honestly don’t know. I try to be honest about the fact that I feel pretty divorced from what’s going on, rather than saying like “there’s nothing going on.” I have all younger siblings, and they’re all going to house shows, seeing bands that I’ve never heard of. And that’s really cool that that’s happening, but I’m also good not being the old dude in the corner. (Laughs).

You co-founded Portland label Good Cheer Records a while back, which I know you’ve now moved on from, but I understand you’ve recently started another label, Day To Day Records. Can you tell me about this new project?

Yeah, that’s more of a hobby. I mean Good Cheer was too, but I was like 21 or whatever and was like “I’m gonna change the world!” I think with Good Cheer there was a point where maybe we could’ve gone big, and turned it into, like, a day job, but I don’t really have those same aspirations for Day To Day. It started with my friend Jared, who had lived in Japan on and off and got really involved in the music scene there, which is where he met this guy named Yokosawa Shunichiro whose record he really wanted to put out, and when he got back to Portland he got the idea to do a bilingual release, like releasing Yokosawa’s record in America and printing a lyric sheet in Japanese and English. And I just really loved his record –– I played with Yokosawa in Japan. So yeah we put it out, and we’re also putting out Jesse Robertson’s (of Portland band Happy Dagger) record soon, and it’s going to be a similar thing, with dual lyric sheets. We didn’t really have a plan after putting out the Yokosawa record, but Jesse hit us up because he was listening to a lot of city pop, and the sort of stuff Yokosawa is influenced by, and we kind of realized this would be the perfect American complement. When I stopped doing Good Cheer I still wanted to put out records. And I think I learned, from that label experience, like I couldn’t really give less of a shit about artist development and Spotify playlists or whatever, but I love records, I love the physical products. I really just think it’s cool to press music you really like to vinyl. That’s just fucking awesome, it never gets old, whether it’s my own music or somebody else’s.

Anything else you want to say about ‘Natural Beauty’?

The experience of making this record was, I would say, sort of embryonic. I was living in L.A. for a year and then when I came back to Portland I felt really unsettled, because I was planning on moving to New York, which I did for like a week and then I realized I hated it and came back to Portland again. And so eventually I finally settled into being here, and that’s when I finished the record, and for me it felt like I was getting in touch with my roots. Like I was listening to pretty much old music, exclusively. Just like “the classics” or whatever. I think with Beloved and Exposure & Response there was still a part of me that really wanted to belong to the indie rock zeitgeist, and saw a place for myself in that. But then when I got back here and settled into my life in Portland I sort of lost interest in that. I’m just listening to a lot of old bands that I grew up listening to, Todd Rundgren, the Beatles. It’s great.

‘Natural Beauty’ is out now via Tender Loving Empire. You can purchase the album HERE.