Reykjavík & Beyond: Q&A with Lord Pusswhip 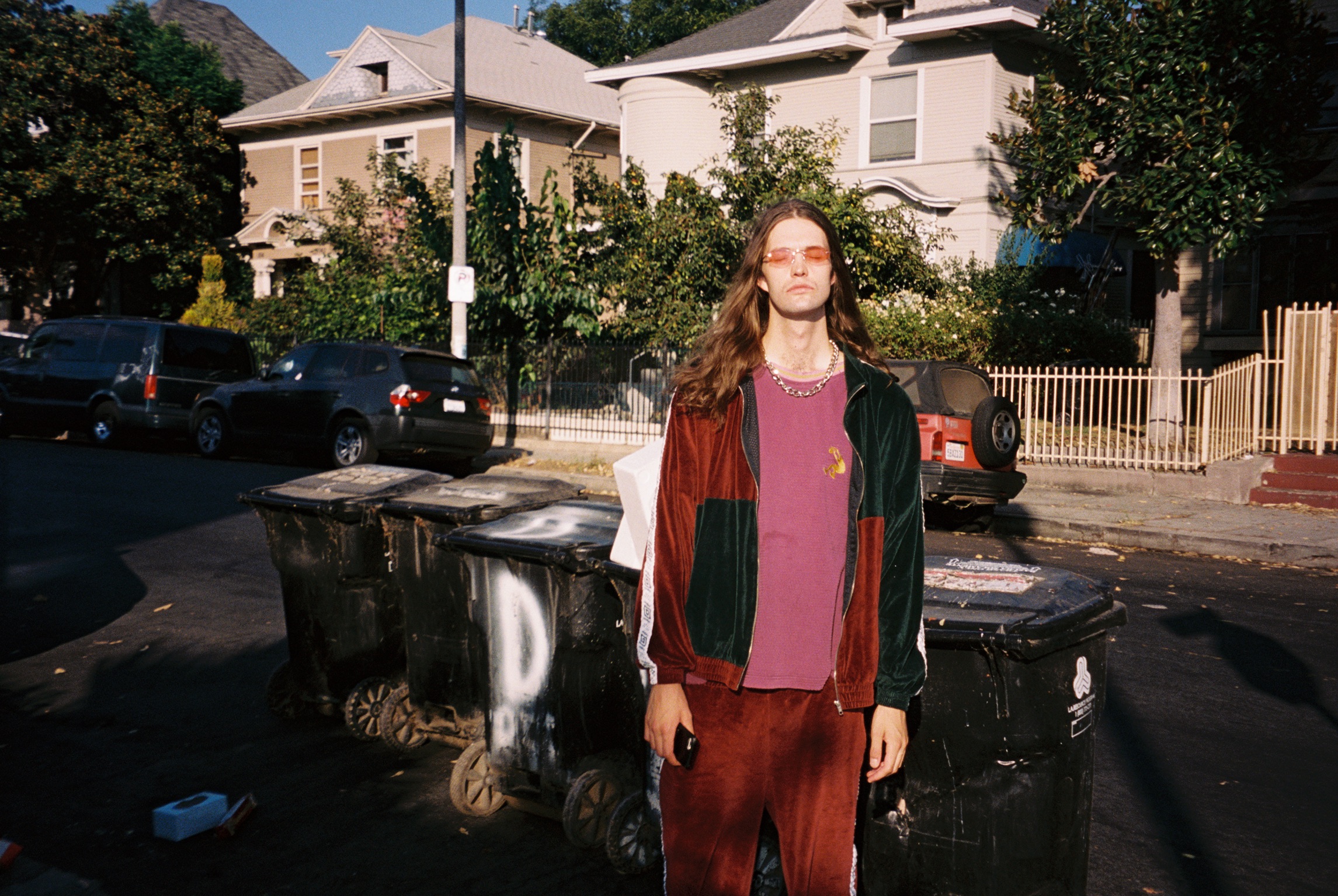 Reykjavík ’93, the third project from Thordur Jonsson, aka Lord Pusswhip, travels back through the techno time machine into Iceland’s rave scene of the ’90s. The Icelandic musician’s discography is sure to both confuse and captivate the ears of its listeners with left-field production and tantalizing beats. Pusswhip’s experimental nature propelled the new EP, which was influenced by his stays in Berlin, Reykjavík, and Los Angeles.

Eight dance-inspired songs dwell within the track list, with four remixes from the likes of DJ Earl, Megaforce, and ARMA. The lead tracks “Palli ’96” and “Sc0pe” pay homage to Pusswhip’s native roots, recycling two Icelandic rave hits: In the Arms of Love and Horfðu Á Mig. Previously-released singles “Korea Groove,” “Kawaii Hansu,” and “500 Gallons” expand upon the versatile world of Reykjavík ’93 with hints of lo-fi, house, techno, rave revival and trap. The artwork of the project details graphics created by Lord Pusswhip himself visually embodying the songs on the album.

“I missed out on the Icelandic rave scene, so the album is a sort of hauntological travel through these nonexistent memories and also hopefully a goodbye kiss or a coup de grâce to the ‘rave revival’ thing that’s been going on for the past years,” he shared.

Lord Pusswhip’s Reykjavík ’93 EP will be born into the world on April 12th via the Fantastic Voyage label (pre-order HERE). Until then you can get a taste of the record and dive into the mind of the producer with an exclusive interview below:

Your new EP ‘Reykjavík ‘93’ is sonically different than any of your previous work. How does it feel different to you?

I would say that people have often referred to my music as dark and evil; like black, red, or silver. Reykjavík ’93 feels like orange. Most of it is upbeat and sunny, except for the track “sorry :/” which is quite melancholy.

What is it about the Icelandic rave scene in the ’90s that inspires you so much?

When I was a teenager, I would go to these nights called Weirdcore, which was partly organized by the now-deceased Icelandic electronic music legend Biogen. His sets always really inspired me and my friends, and he would be very nice and accommodating when we came up to him to chat or ask questions. He was a part of Ajax, a jungle/hardcore outfit that was one of the first examples of hardcore being made outside of the UK.

I understand that this project is a reflection of your stays in Berlin, Reykjavík, and Los Angeles. How would you describe those three locations influencing your music?

First of all, living in Berlin for a couple of years really made me start enjoying club music in a new way. I never saw myself as being that much into techno or house music before my stay there. Coming to Berlin at first was a bit daunting because the music scene there seems very formidable, but I managed to penetrate both the hip-hop and techno/club scene there which gave me newfound confidence, for sure. Most of the tracks on Reykjavík ’93 were made during my stay in Berlin.

The artwork for the album and the singles was mostly lifted from old Icelandic magazines and newspapers in a collage style – and obviously, the album is influenced by the early rave scene in Iceland, which I was too young to experience. The only song made in Los Angeles is the collaboration with Justin Jay, “Pusswhip in California“, and I realized the album title and concept late one night during my recent stay in Los Angeles.

Since the beginning of your journey with music and the transitions you’ve made, you’ve been able to maintain your experimental nature.  How do you upkeep that level of creativity when trying out something new?

Experimentation is just somehow embedded into my music. I feel like all music involves a lot of experimentation, really. I’ve sometimes used that signifier when referring to my own music, to make it more clear to the public that it’s not exactly your run-of-the-mill stuff. I’m also an avid student of music history so I’m constantly being inspired by new stuff that I discover. A part of that obsession originally evolved through finding music to sample.

What songs are you most proud of and why?

“101 Reykjavík”, the first track by my side-project Psychoplasmics, with my friend and producer Alfreð Drexler. I’m particularly proud of that one because it was a sleeper hit, both in Iceland and overseas in certain internet music niches, as well as an after-party favorite. It’s the first track where we successfully implemented real instruments instead of making everything on a computer.