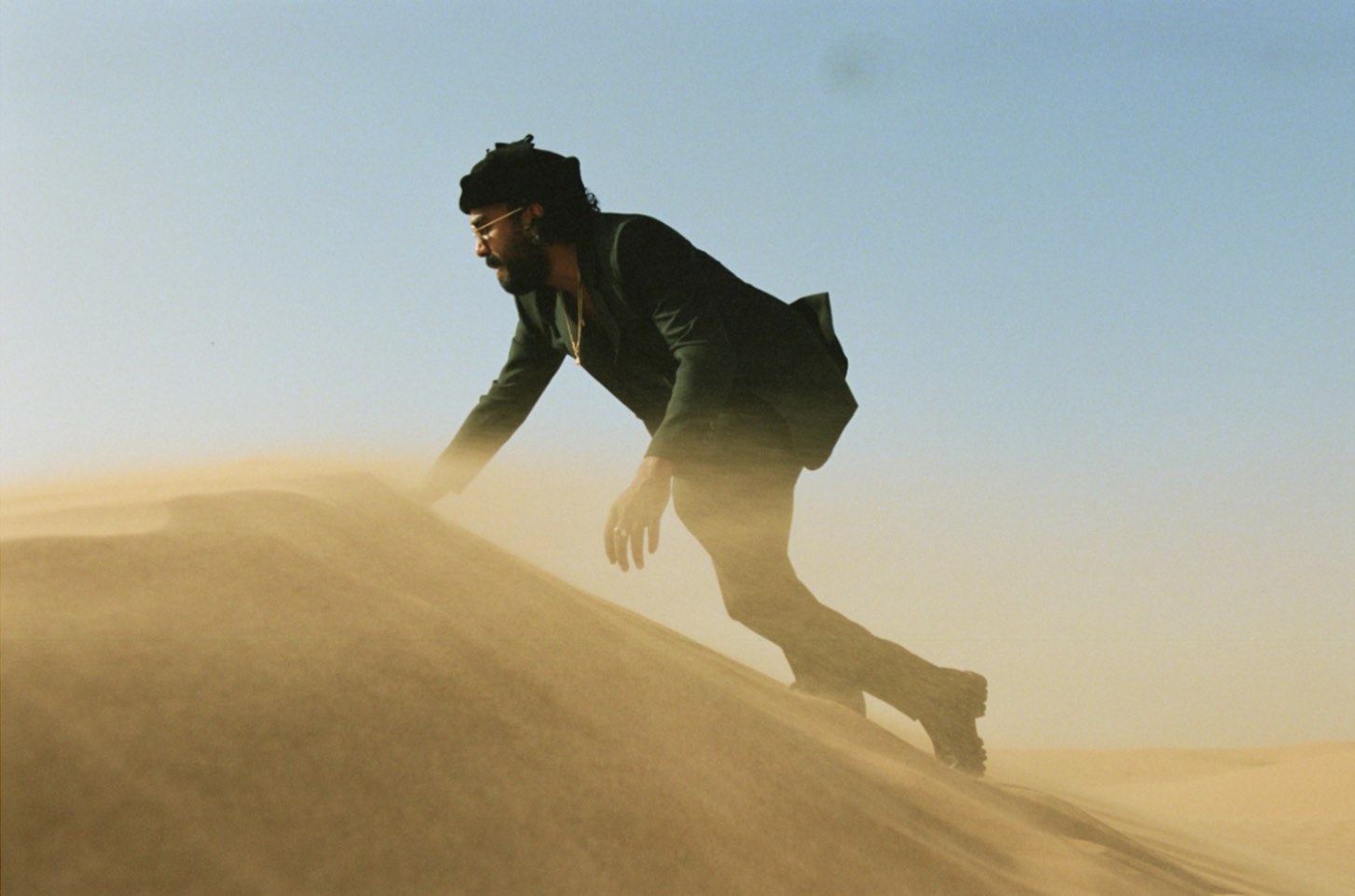 Let’s take a jump across the pond to listen to Saint Kochi’s latest single, “Almost Lost,” from his upcoming EP set for release this summer. His taste and style will offer casual listeners a more indulgent appetite as the warmer weather prompts people outdoors. With his devotion and motivated pursuit of true creativity, Saint Kochi has been successful in reigning in such a demand.

“I wanted to make a song that was drenched in melodic hooks and felt like it was written with different movements in mind, almost in the way classical pieces of music are structured,” he shared. “Lyrically I guess it’s a bit of a dreamy narrative about time spent sitting in an English garden…”

It’s a supernatural entrance to a track, like the whistling of an American Western filled with extraterrestrial wanderers for the hypnotic strings. The vocals are clear and subdued, fueled by a distinct purpose at hand. Listeners will open their ears with rapt attention as the lyrics impart profound wisdom. The high point of the tune is the chorus – a buoyant harmony of voices that lurches the world ahead. This song is a journey and beckons the listener to join along. However, there is a sense of forewarning that something unknown looms within. Listeners will have to explore their own interpretations in the end, but will be encouraged. The next iteration of this musician’s work will be sure to fit the mold of ear candy.

Saint Kochi had much to say regarding his work, as well as what’s next:

How has your music been shaped by current events?

Without wanting to be a massive boring COVID cliche – I definitely feel like that whole thing had a massive impact on my writing. The complete detachment from social norms, the anxiety around the wellbeing of loved ones and the importance of friendships and our fundamental instinct as humans to seek company, all fed into my writing. I think a lot of what these songs are about for me was rooted in a kind of reflection and perspective on that in some way.

Can you give an example of a moment where your work took new ground?

“Almost Lost” was the first song that I wrote when I started writing new material. I had thought for a while about recording these melodies on a slide guitar that would eventually be played on strings. The first demo I did of that song in my studio, I asked a couple of friends who played violin and viola to come into the session to try and figure out how that might sound, and that session really colored what my aspirations became for what I wrote after that.

What are your ideal aspirations moving forward?

To keep making music that I feel proud about and pushing myself to grow as a musician and do my best to find my voice with this whole thing. I have a lot I want to make and say so there is a long journey ahead.

Who would you like to design a future album cover art for you and why?

I’m a big fan of two great U.K.-based artists called Kingsley Ifill and Danny Fox, who have just done a show together over here in London. I met Kingsley years ago when he was living with one of my best friends in Dalston and it’s been great to see his work evolve over the years. I’m lucky enough to have some of the work hung on my walls at home and I think it would be a cool thing to collaborate with either of them on something one day.

How was it working with Dom Ganderton? Any special moments pop up?

Too many to mention! Dom ended up moving into my house while making the first EP and we had a great time doing that, many hours and beers in the studio working on it and we took a pretty similar approach making these songs. I think a big moment for both of us was when we went to record the strings parts for these new songs at Rak Studios in London. Rak is pretty much next door to Abbey Road in London and has an amazing legacy of records being made in it, Radiohead recorded The Bends there, which was one of my favorite records that I grew up listening to, so it was a pretty special moment to be in that same space making music, especially as everything else we have done has been in my basement studio at home!

What is your guilty pleasure and why?

I love trash TV, the trashier and more inane the better. I think maybe because I find it quite hard to switch off in general and watching something that I don’t have to think about is actually quite relaxing. Chicken nuggets also, as a close second.