The Top Five Lines of the Week, #2 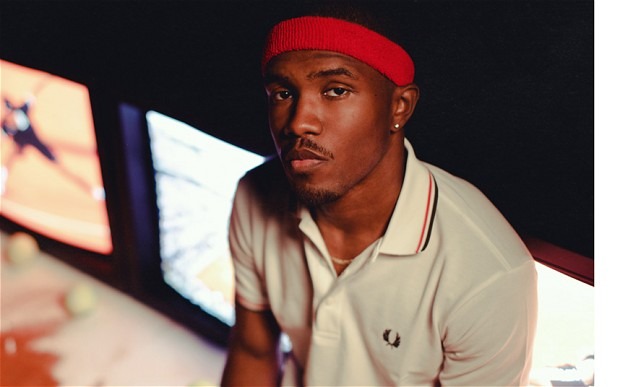 This week saw the release of Frank Ocean’s Channel Orange, a record that caught the imagination of a controversy-primed world and has already drawn the 24-year-old singer comparisons to Prince and Stevie Wonder. In its wake, plenty of other great music came out as well, though to less fanfare than on perhaps any other week of the year. Below the lines of Frank Ocean’s album release week:

5. “If models are made for modeling/Thick girls are made for cuddling/Switch worlds and we can huddle then/Who needs another friend? — Andre 3000, ‘Pink Matter’ lyrics. Andre lends a fantastic verse to, you guessed it, Frank Ocean on the song “Pink Matter”. Here, the ATL-ien’s Georgia drawl and quick delivery blend perfectly with the vowel sounds in “modeling” and “cuddling” to create a line that sounds beautiful, and comes off as far funnier and more clever than its appearance on a page indicates. Andre shows that his mastery extends far beyond creating great lines, and into perfecting how they hit your ear, which is something far too many rappers, even great ones, never fully learn.

4. “Crack was black America’s cup of coffee in the beginning/And it crept up where you wept and them crackers couldn’t fight the feeling” — Freddie Gibbs, ‘Soul Assassins Radio Freestyle’ lyrics. Gangsta Gibbs is both a critical and fan favorite for a reason. The Gary, Indiana-bred rapper brings a truthful, authentic voice and a powerful storytelling prowess to what would otherwise be cliche street tales. In addition, he’s incredibly clever about both wordplay and social structures, as he breaks down the dynamics of the crack epidemic in just a few lines on this short radio freestyle. Extra points for referencing REO Speedwagon’s “Can’t Fight This Feeling” when talking about white people!

3. “Pretend that I ain’t in fact/Coming off like a thin hat/Where strong wind at” — Elzhi, ‘Blue Widow’ lyrics. Elzhi, never short on ambition (his last project was a song-for-song reinvention of Nas’ Illmatic, which is the Sgt. Pepper or Kind of Blue of hip-hop), delivers yet another stellar performance here. His dense line-ending rhymes serve to draw attention to the unusual and creative simile, which is light-years past the usual rap tropes of being “hot like the sun” or some such similar obvious comparison.

2. “Her face cold, with great shoulders/By the waist I hold her/Her only mistake is, I caught her rocking ‘Takeover'” — Nas, ‘Blame’ lyrics. While the world waits with baited breath for Nas’ new album Life is Good, due next week, Mr. Jones continues to deliver stellar guest appearances. Here, he steals the show on a song by K’La. He opens his narrative of romance with a bang — his woman is perfect, except that he catches her listening to Jay-Z’s famous Nas-dissing tune. This sly line shows Nas in a self-aware, humorous mood, something that fits well on the brilliant but often dour rapper.

1. “He said, ‘Allah hu akbar’/I told him, ‘Don’t curse me'” — Frank Ocean, ‘Bad Religion’ lyrics. And so we finally arrive at our person of the week. It is the subtlety of this lyric that moves it to the top of our list. The “he” here is a cabdriver who picks up the singer, who is in a moment of crisis. In the tradition of most of the best early rhythm and blues, the source of Frank’s torment here is ambiguous — either earthly unrequited love or estrangement from the divine. The cabdriver’s greeting, and Frank’s response, can — to our mind — be read three possible ways, each of which builds on, rather than contradicts, the other. First and most obviously, Frank does not understand the cabbie’s Arabic, and mistakes a friendly greeting for an angry one. Second, the greeting, which translates to “God is great,” reminds Frank of his hopelessness, as he feels like the great creator of all things has left him behind. Third, angry at being stuck with unrequited love for another person, he thinks that maybe this God fellow isn’t so great after all, if He allows such a soul-destroying situation to exist. That all of this can be contained in two lines shows that perhaps the comparisons to r&b legends isn’t quite so premature.

Hot Songs of the Week: