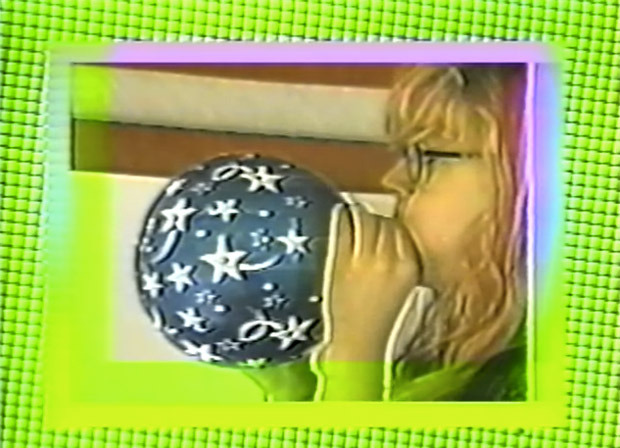 OK, so here's the lowdown on what's up with my personal favorite Brattleboro group, Blanche Blanche Blanche, who I introduced you to back in March. The duo of Sarah Smith and Zach Philips had released several things when we checked in then, but now they have four more new releases, including a new vinyl of their second cassette 2wice 2wins on Feeding Tube with one side completely etched, which will be a sweet add for completists. Follow me through the wooded thicket of the world that this band has invented.

First up is Wink With Both Eyes (Night-People Records). BBB return to Night-People, who put out their first cassette, to issue a 16-track thesis on their sound. Everything we loved from the OSR release 2wice 2wins, including the synths that sound like bubbles and Sarah's pretty/nerdy monotone singing, with additional samples and some cool vocals from Zach on such epics as “Jason's List”. We have some guitar thrown in here and there, played by King Tuff. The whole thing is laced with a sense of friendly urgency. Probably because they had so many songs to record. My favorite part of the album must be the couplet of “Runny Day” and the title track. “Runny Day” ends suddenly, in the middle of the refrain, and skips right into “Wink with Both Eyes”, a time-change-filled ode.

Secondly, we have Open Session Rock, on Phillips' own label OSR Tapes. This release has a whopping twenty-four tracks! It's almost too much to process. I haven't heard the whole thing yet (gotta buy, gotta buy), but “Stay Home”, a single, is 50 seconds long and has a keyboard that sounds like it's meowing. “Shadows” has a fuzzy, distorted vibrato faded in at the front, and Smith's voice is filtered through various filters. She also thanks Jesus and tells people to “crystallize your Brattleboro lives,” which I can only assume, from this pair, means “Get to work!”, since they certainly seem to be pulling the weight.

They also have another LP coming out soon on La Station Radar called “Papa's Proof”. And, if that wasn't enough, Feeding Tube also released Our Place, for which the only track I have is “Music Overall”, featured in this wonderful video where Sarah blows up a big-ass balloon until it pops in her face. “I have my hands full/with this crazy question/Why does boredom exist?” she sings. Well, I have a hard time believing these two are ever bored. They seem perfectly satisfied to make 5,000 songs a year to amuse themselves.