Christmas Music, Do Your Worst 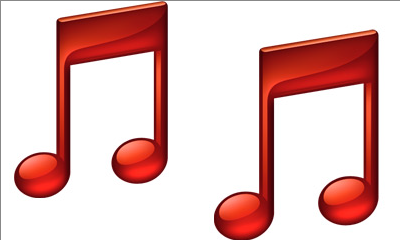 Okay, it’s time. I’m giving in. Thanksgiving has come and gone. It’s December, and I can’t fight it any longer. Christmas music, do your worst.

I know that people are probably reading this and seeing “Bah Humbug” by Ebenezer Douche. I understand that. But if I wanted to hear nonstop songs about Jesus on the radio, then I would listen to a country station or move to the south. And yes, the songs are not all about Jesus. For the record, I also don’t want to hear songs about sleds or someone who gives dozens of birds as a gift or a snowman who promises a second coming of Frost. None of these subjects are any more appealing to me than a Party in the USA or a Jagger-like move.

Yes, I am a Jewish person. That probably factors into my antipathy toward what I will generously call the genre of Christmas music. I don’t have any fond childhood memories of gently applying tinsel to a fragrant tree while listening to “Jingle Bell Rock.” That song only dredges up a recollection of forcing my way through a seething, jolly throng of tryptophan-addled humanity at the mall the weekend after Thanksgiving. All I wanted was a new computer charger. In my memory, that day lives in infamy as the blackest of Fridays. Just as I then managed to resist committing hari kari by impaling myself on a Yankee Candle, I will hold off on causing my own demise this holiday season, no matter how often I hear Paul McCartney’s “Wonderful Christmas Time.”

I just have to face the fact that much like a new Twilight movie, Christmas music is not for me. It brings a lot of people joy, which is objectively excellent. This is the specific time for them. And, many occasions call specifically for holiday-themed songs. I’m not going to protest the playlist at a friend’s Christmas party. That would be unreasonable. I even have a few personal favorites that I’m always happy to hear. Bruce Springsteen’s “Santa Claus is Coming to Town” (which sounds like a hilarious thing for him to say before he makes love to a woman). Mariah Carey’s “All I Want For Christmas is You” (Little old me?). Sufjan Stevens’s “O Holy Night” (Maybe I do love Jesus!). Folks who grew up with the music probably have nostalgia and warmth and tradition associated with a broader spectrum of songs. I respect that.

Also, I would never ever insist on equal representation of Hanukkah music along side the Christian ballads. Holy crap. That would only serve to make the nation’s shoppers and drivers and retail employees virulently anti-Semitic. Until the Jewish people step up to the plate with a more varied palate of songs, we have no right to foist our three monotonous holiday tunes onto the general public.

I am not anti-Christmas. I don’t mind the decorations or the Christmas-specific seasonal greetings. Because, you know what, I can still have a merry Christmas. I plan on it. This Christmas, my family is throwing a birthday party for my sister (only a distant relation to Jesus) and going to see Sherlock Holmes. Then we’re ordering Chinese food. That all sounds pretty merry to me! (It’s also funny to me to respond “Happy Hanukkah” when a stranger says “Merry Christmas,” a fringe benefit of the holiday season.) Most of my friends love Christmas, and I love that they love it.

I just can’t take the constant barrage. Seriously, picture “Hava Negilah” on loop for an entire month. And then extend that month to six weeks.

This year, though, I’ve insulated myself against any surplus Christmas music. Headphones in public. No radio. I wear a jacket all day long just so no one tells me, ”Baby it’s cold outside.” I refuse to blame anyone else for my fate, and I have taken matters into my own hands. I’m ready for it all. The good, the bad, and the ear-splittingly horrific. Bring it on, Christmas music!

But I swear to God (however you define God) — if I hear “Dominic the Donkey” after the stroke of midnight on December 25th, I will have a holiday meltdown that makes Hans Gruber in Die Hard look like Natalie Wood in Miracle on 34th Street.