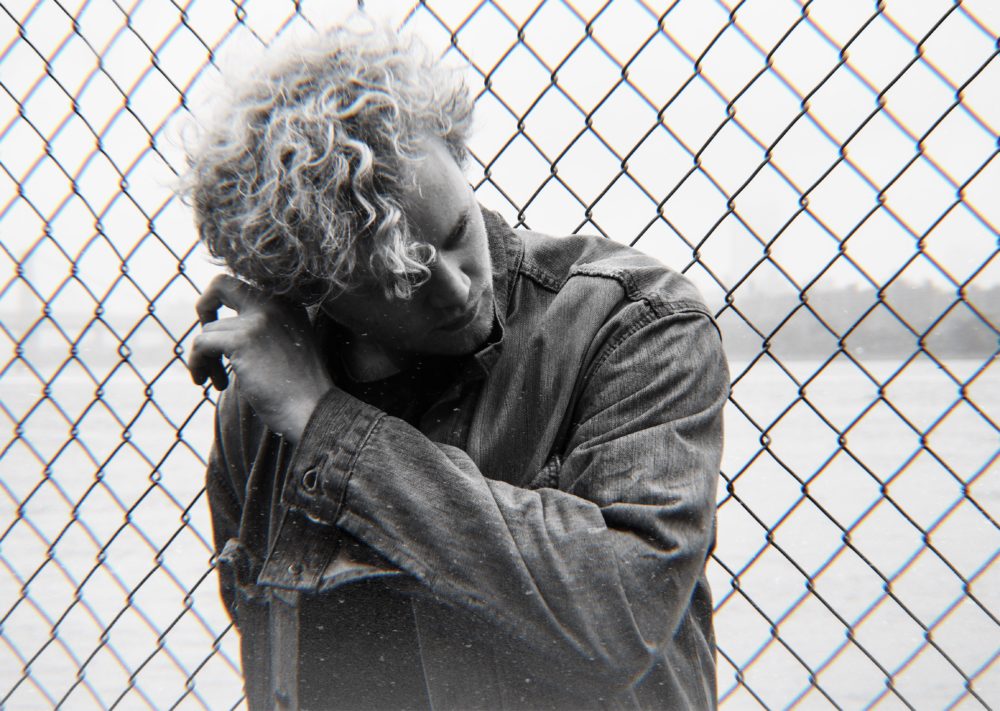 While playing with What Moon Things, Brooklyn-based artist Jake Harms started to envision, experiment and write in a new direction and in his own voice. As a body of work under the moniker HARMS began to take shape, Jake drew inspiration from a poem he had written about that feeling of living in New York City for the first time as an adult:

This would go on to inform the Aquarium EP, the debut from HARMS. Impose Magazine has the premiere of its first single, “Pop Song,” today. The wonderfully moody, dark atmospheres conjured on “Pop Song” work to set up Harms’ soaring vocals from up out of the haze with a searing guitar-led crescendo.

“‘Pop Song’ was written as a comment on the expectation of ‘autobiographical’ songwriters to be authentic, and the resultant fact that if you open and up and are vulnerable with your songs and lyrics, that information can be taken and mutated and twisted by people, sometimes people who want to do you harm. However, in the end, as an artist, I’m always hoping that people accept my broken shit and that it resonates and makes people feel closer to the vulnerable parts of themselves.

By exposing the darker parts of my self, I’m hoping to create empathy.”

Stream HARMS’ “Pop Song” below and look for the Aquarium EP out November 30th via Good Eye Records.