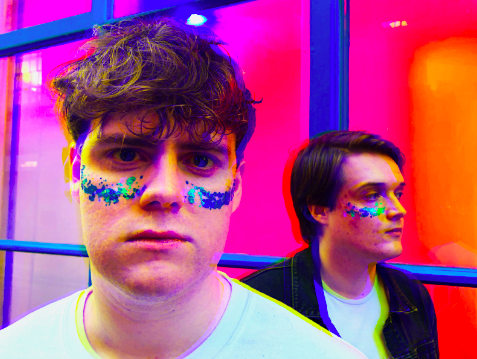 The Rising Indie Duo Make A Splash on New Single

The newest release from one of the most exciting names in UK Indie – Hoofa have been making waves with their unique brand of fun-filled guitar music. Hot off the back of their recent single ‘Alone’, the new single is a perfect track for the sun-drenched summer months ahead.

A band that take DIY to it’s logical conclusion, the two songwriters are involved in every step of their process from writing, producing to release strategy. However, Having already worked with esteemed producer, TomMcFall (Editors, Snow Patrol) and mastering engineer RobinSchmidt (The 1975, The Courteeners) on previous releases, the band decided to reach out to Ed Heaton (Marsicans) and BarryGrint (Everything Everything, Foals) to mix and master the new single.

‘Water Balloons’ is an epic slice of summer indie-pop, perfect for long hot evenings. Speaking on the new track, the band state:

“‘Water Balloons’ depicts a big Water Balloon fight James was involved in when a kid. James lived at the bottom of a hill next to a park and the street he lived on had between 15-20 families of 2 kids each, and there was one summer when everyone was involved “even the parents sometimes.

“The fight was the top of the hill vs bottom of the hill, and lasted hours. It was a rare fight where no one used the super soakers but was more about strategy, jumping over fences and catching people off guard. As some kids couldn’t get permission to use their parents water tap, the common shout was “I’ll bring the water balloons” if you let someone use your tap to fill up.”