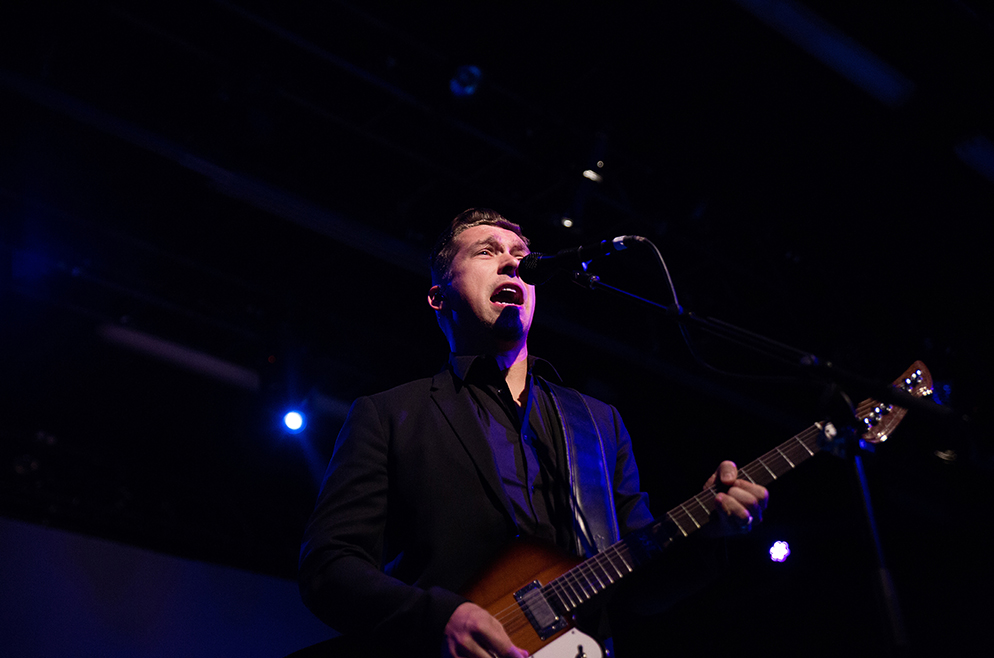 Hanson headlined New York City’s PlayStation Theater in the middle of Times Square on September 30th. As 2017 marked their 25th anniversary as a band, Hanson packed up and went to play around the world. The Middle of Everywhere tour boasts a title that harkens back to 1997’s Middle of Nowhere debut, featuring the very track that catapulted them into massive fame as children: “MMMBop.” Once it hit the airwaves that May, brothers Isaac, Taylor, and Zac were suddenly thrust into the spotlight. Seemingly overnight, as the two divergent titles suggest, Hanson went from nowhere to everywhere before they were even old enough to vote. To this day, they still manage to sell out shows, an impressive feat given the current uncertainty of the music business. Hanson’s career has proven that for certain artists, longevity is a viable possibility.

In further celebration of this momentous year, Hanson released a greatest hits album, also entitled Middle of Everywhere, featuring a brand new track, “I Was Born.” Getting the chance to hear this new song live was a very exciting prospect in the midst of their return to the past. It pointed to the future and caused one to wonder: what might the next 25 years hold?

Kicking off the set with “Already Home” off Anthem, released in 2013, the song began quietly before ascending up into a large, triumphant chorus. The tone was set and from there, the night exploded into unending, sonorous fireworks. Seamlessly making their way through the best of 6 LPs, the last 45 minutes served as the show’s highlight. What’s incredible about a Hanson performance is that just when you feel yourself tiring out, they hit the show’s apex, somehow bringing, even more, intensity towards the end than when they began. Most bands start off on a high note, energy dwindling as the hours go by; Hanson hits that note right off the bat and maintains it throughout the show, all while pushing themselves harder and harder for a dynamic end. With Taylor’s commands to jump, sing, and clap, it’s difficult not to join in. A Hanson show is one of a twenty-year community, 1997-2017, a joyous sing-a-long. And when they launch into covers, they often choose hits of decades past. In this instance, it directly contributed to the night’s theme. Noting Chuck Berry’s recent passing, Isaac did what he does best as they launched into Johnny B. Goode: strumming powerfully and using the unparalleled strength of his voice to communicate feeling.

Another memorable part was a medley of three covers all rolled into one: “I’m a Man,” “Gimme Some Lovin,’” and “Long Train Running.” Taylor unleashed the congas, which he often played on “MMMBop” during the band’s early years of fame; something a little different and beloved by fans for its nostalgia. “Gimme Some Lovin’” was also bursting with sentimentality. On their very first world tour in 1998, Hanson opened every show with it, combined with “Shake a Tail Feather,” a hybrid all their own. Adding the congas back then offered a new musical path that hadn’t yet been taken, and allowed Taylor a momentary break from the piano.

As the show came to a close, Hanson reminded the audience that they will be back at the PlayStation Theater on November 28th and 29th performing songs from their new Christmas album, Finally, It’s Christmas. As this proclamation was met with cheers and vigorous applause, it was undoubtedly clear: the night’s entire audience would be returning.