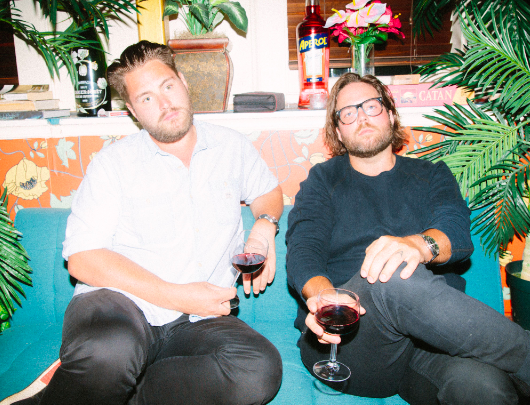 The Canadian Duo Combine on a Hazy, Psychedelic New Single

First introduced at a music festival in 2010, musicians Daniel MacKenzie and Peter Mol would take nearly seven years before deciding to create Smokehouse. Both had spent too much time working for and writing for other musicians, the time came to go get theirs..

“It was getting to the point where I didn’t have much focus or clarity on what my sound was anymore – it was a shot in the dark, but I felt like we owed it to ourselves to try and make something together and see where it went… I’m really glad we did.” – Mol

The duo bring a no-nonsense, zero-compromise approach to making music. If it’s not exactly how they want it to be, it’s not worth their time. Their debut single ‘Slowly’, perfectly showcases this approach. Influenced by the likes of Anderson Paak, Tame Impala, and Bombay Bicycle Club – Their sound is nuanced and sits somewhere between the pop and alt-rock realms

“Music is all we’ve ever really known – I don’t think either of us have ever had day jobs… Every day we’re thankful for that reality.” – MacKenzie