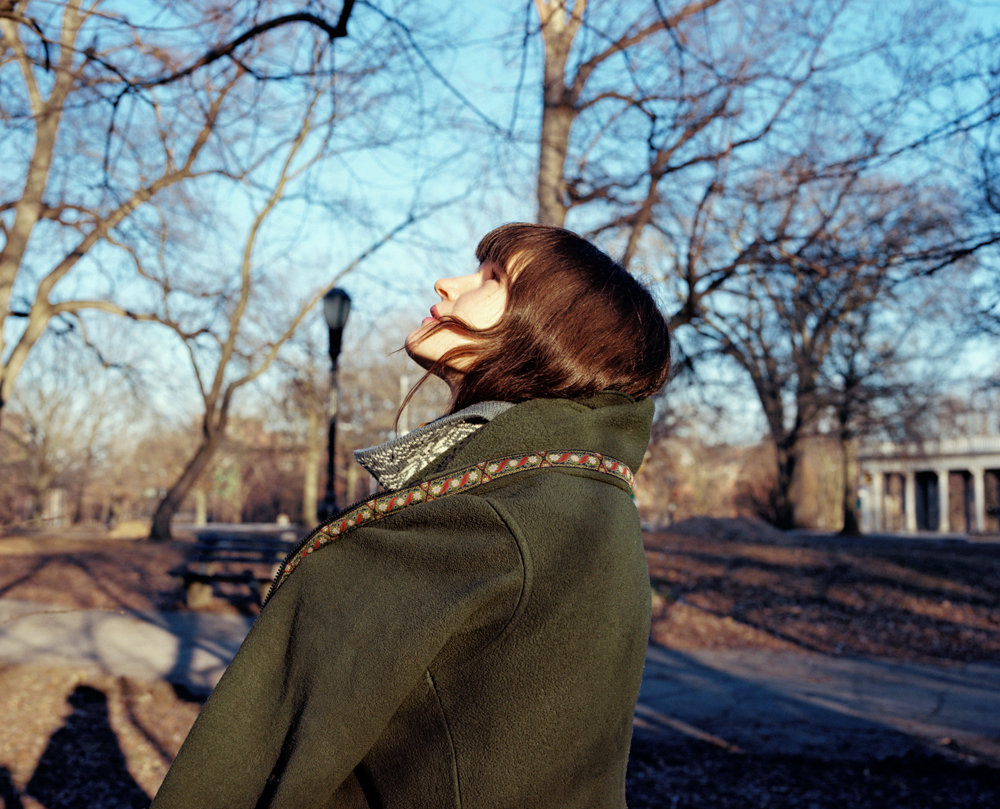 The cover art for Big Thief’s album Masterpiece seems to say it all. It features a low-lit girl and a younger boy — they could be brother and sister, maybe — staring in awe at a small plastic dinosaur and a small (living) bird. This album, like the photo on its cover, is both comforting and slightly off-putting. I found myself returning to it as I listened to the aptly-titled album by the band Big Thief, whose songs and vocals are done by Minneapolis native Adrianne Lenker. The band has been playing together since 2006 — this album is where they come into their idiosyncratic, gorgeous own.

There is a lot going on in the intricate lyrics of the songs on this album, but I was struck by the physical details of objects and settings described by Lenker. Masterpiece travels from diners to hospitals, to motels, to passenger seats, to interstates and freeways. There are a lot of references to siblings, moms, dads. Lenker’s lyrics assume familiarity and closeness. Three of the twelve tracks have first names for titles: they are described with such loving detail you begin to think that Lorraine, Paul, and Randy could have been your cousins or your next door neighbors.

In “Paralells,” Lenker muses unexpectedly “I can’t say I’ll miss my human form much.” The spirit and album, like the two figures pictured on the album’s cover, is concerned with the similarities and boundaries between the human and the animal. In that same song, the speaker speaks to a caterpillar:

“Can you teach me how to transform?/I’ll step right in and cocoon until I’m born.” Elsewhere a speaker speaks of “a horse hair in my food,” a “raccoon in my room” and “bluejays all in bloom;” hummingbirds at least twice each. In Randy, the speaker describes herself as having already transformed irreconcilably from one realm to another, as a way of describing an alienated mental state in “Randy.” “I’m a wolf in a city of women,” Lenker sings, this starkness contrasted hauntingly with her bright and twangy, Emmylou Harris-like, musicianship.

Yet the album really is all about familiarity, as we see in the title track. The masterpiece is not just a cheeky self-congratulatory reference, but rather a specifically familiar state of being. “I saw the masterpiece/She looked a lot like me,” Lenker sings in “Masterpiece”. In the next verse she speaks to the listener: now we are seeing the masterpiece, now she looks a lot like us.