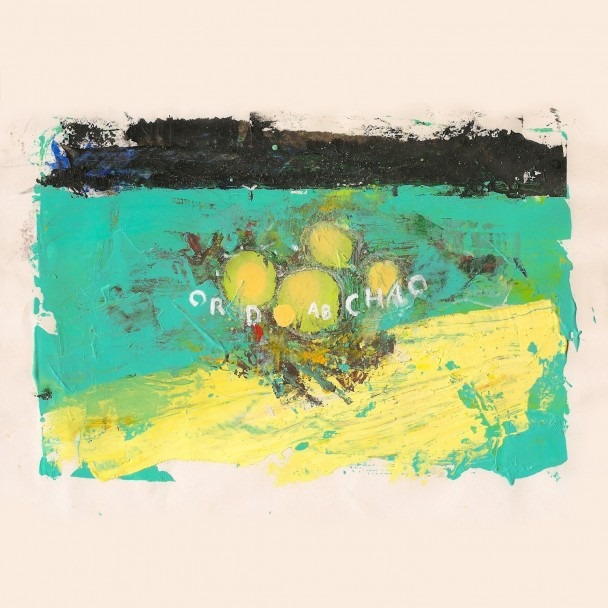 Once you’ve seen Big Ups live, it’s impossible to hear their music without being transported back into the dingy bar you last saw them in, where you were caught in the dark tension the band creates then squeezes into an outrageous release. Live, Big Ups lead singer and sometimes screamer Joe Galarraga has a tornado effect—pulling everything in the room toward him as he travels an unpredictable path. Crawling, writhing, and whipping his body from stage left to stage right and off into the crowd, powered by heavy bass lines punctuated by absolute, screeching chaos, Joe and the rest of his Big Ups band members manufacture energy and demand attention. Bottled perfectly into their debut album, Eighteen Hours of Static, is all of the manic energy, creepy-quietness, weird humor, and skull-ripping bursts of anger from the Brooklyn band’s live set, fit into a delightful take-it-anywhere package.

Preaching more than just pure insanity, Big Ups have fun, get hurt, feel weird, and hope for something better on their debut release. The first single off the new record, “Goes Black” keeps a quick pace and bursts into wild screaming, but beneath the big noise are lyrics that deal with the betrayal of memory and a desire to stop the world in hopes of finding something that sticks. “Atheist Self-Help” throbs the ears with a near-relentless thrash while biting its thumb at anything that claims to offer insta-salvation, putting the onus back on our own shoulders. One of the longest and most slow-burning songs on the record, “Wool” plays with mundane words and the trapped yet accepted feeling of the everyday, choosing an inevitable fate.

Feeling a little down now? Perk up, kiddo, 'cause Big Ups put the spin on the bad parts of life. Even when they’re down and out, the Brooklyn boys never lack ceiling-scraping power, and if any theme other than “bummer, man” pervades, it’s our responsibility to be more than a handed-down system—to take life into your own hands, and feel how tough it is. Big Ups hit one of many peaks in “TMI”, a song that rails against numbness, when the beat drops out and Joe monotones a monologue from an operating system running on complacency. It’s that mix of sass and darkness that makes Big Ups the sort of weird animal you can’t stop staring at.

While a narrative description of the album’s themes can, at times, sound like the synopsis of the TV/internet generation’s often talked-about detachment issues, if any song on Eighteen Hours of Static is anthemic, it’s “Justice.” Painting a picture of a time that’s supposedly getting better but, hey, it’s still bad, the song ultimately ends with a daydream of justice. Pessimistic by sound, but optimistic by nature, Big Ups can’t play all dark. Eighteen Hours of Static is an exercise in filling each moment with intelligence and passion, screaming into the sky until it shatters or somehow changes and bristling against the idea that acceptance should instead set in.