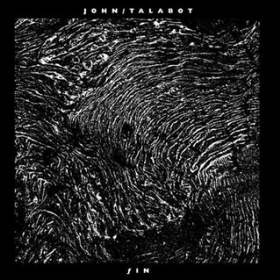 If you are a fan of independent electronic music, you will usually be directed to Kompakt Records in Cologne, Dutch dance label Black Hole Recordings, Armada Records, BPitch Control and many others alike. At this stage, this whole notion of an “independent” music subculture has dissolved into the midst of a dominant culture, as Europe reclaims the title of being a major Renaissance model once again. This time it is in electronic music, except its focal point is emphasised around northern Europe – nowhere around Spain, where John Talabot resides.

The strangely titled album,fIN, is a production of great deviance, as his musical surroundings encompass heavy-bass house and pop-driven dance. Evidence within the 11-track record suggests that there is a need for a refurbishment in aesthetics in contemporary dance music. Showing off a bit of prowess, “Destiny” contains a pleasant plethora of jangling pads smoothly crossing over heavy lo-pass bops – a style considered typically 90s but, nonetheless, quite attractive. It is quite intellectual as well, in a way. Talabot’s use of the drum machine is quite creative. Each percussive element seems broken down into their individual tempos and rhythms, but all are conjoined quite harmoniously, furthermore proving that this is a man of a methodological nature.

Estranged from the whole auto-tune pop trend, Italian house pioneer, Giorgio Moroder would certainly be proud of Talabot’s zany, but innovative, application of the auto-tune. Minimalistic and psychedelic, the entrancing vocals in “Missing You” surpass the efforts of post-dubstep trend-header, James Blake.

It is, by no means, a style-consistent or singlular genre-based album, though it delves into a retro-styled, 90s dance vibe. It is a rather diverse debut for the Spanish-based artist, in the sense that it incorporates slightly white-noised vocals and eerie synth-leads all across the album. In addition, it still manages to become a head-bopping record. This collective of vanguard electronic music borders on dynamic insanity, which will probably cause a culture shock amongst the teeny boppers and more than likely propagate an immense amount of envy from other musicians. While others are frustratingly trying to be him, he will be slaving away, trying to maintain who he is.