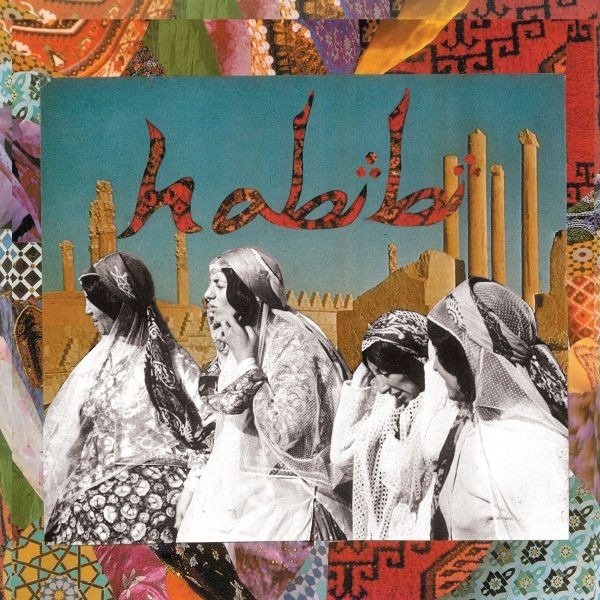 Gleaning influence from a wide variety of diverse locales, like the breezy surf of California, the gritty grime of Detroit, and the faraway sands of the Middle East, Brooklyn four-piece Habibi’s sound spans all corners of the globe. A refreshing update on the classic 60s girl group pastiche, Habibi don’t just appropriate the past—or the sounds of similarly inflected hometown heroes like Vivian Girls—but instead achieve a look and feel that’s all their own.

On the band’s recently released self-titled debut, we first meet the protagonist of our story, the Habibi heroine. Cool, mysterious, and in search of adventure, this self-proclaimed “Venus in furs” is captivating, yes, but she’ll also steal your jewelry when your back is turned. From the kitschy garage-pop swagger of “Far From Right” to the wistful longing on “Gone Like Yesterday,” it’s not hard to imagine yourself dancing beside her, the both of you bopping in time to a snappy beat. Of course, the fact that she’s fictional makes no difference.

Bandleader Rahill Jamalifard is an expert storyteller, but like all the best tales, Habibi isn’t just made up of words and images. In careful strokes of tight, minimal rhythm and moody melody, the all-girl quartet paints a sonic landscape brighter than the sun. Shrouded in golden-hued mystery, the shimmering “Persepolis” serves a uniquely foreign rock and roll setting, Jamalifard’s distant vocals careening elegantly over Karen Isabel’s drumming. Erin Campbell’s bass grows bold throughout “Let Me In,” oozing like warm honey between Lenaya Lynch’s precise guitar plucking. From the album’s cover art to the band’s moniker itself—in Arabic, “Habibi” translates to “my love,” a term of endearment—Detroit native Jamalifard pulls regularly from the rich culture and history of her Persian heritage. By delivering lines that proclaim “she’s got more culture than a caravan,” the singer offers her distinct touch, injecting knowing brightness into the record’s slightly duller moments.

But while the second half of Habibi is seductive and dreamy, the front end is loaded with retro charm. Jamalifard cuts all ties to the motherland on “Detroit Baby,” a winning little ditty that displays sugary vocal harmonies and a casual attitude. And where else might you find the sun-dappled beach party vibes of “I Got the Moves” living so comfortably among the romantic, trance-inducing lull of “She Comes Along?” Whenever Habibi takes breaks from its shimmies and shakes, gazing carefully inward, our heroine’s vulnerabilities begin to peek through. Whether she’s feeling threatened by an egomaniac rival, or simply lying awake at night pondering the future, her inner trials are relatable. Never far, though, are those catchy melodies, so as we tangle out the issues, we’ll be working on our twist, stomp, and maybe even our mashed potato in the meantime.