Here Before – The Feelies 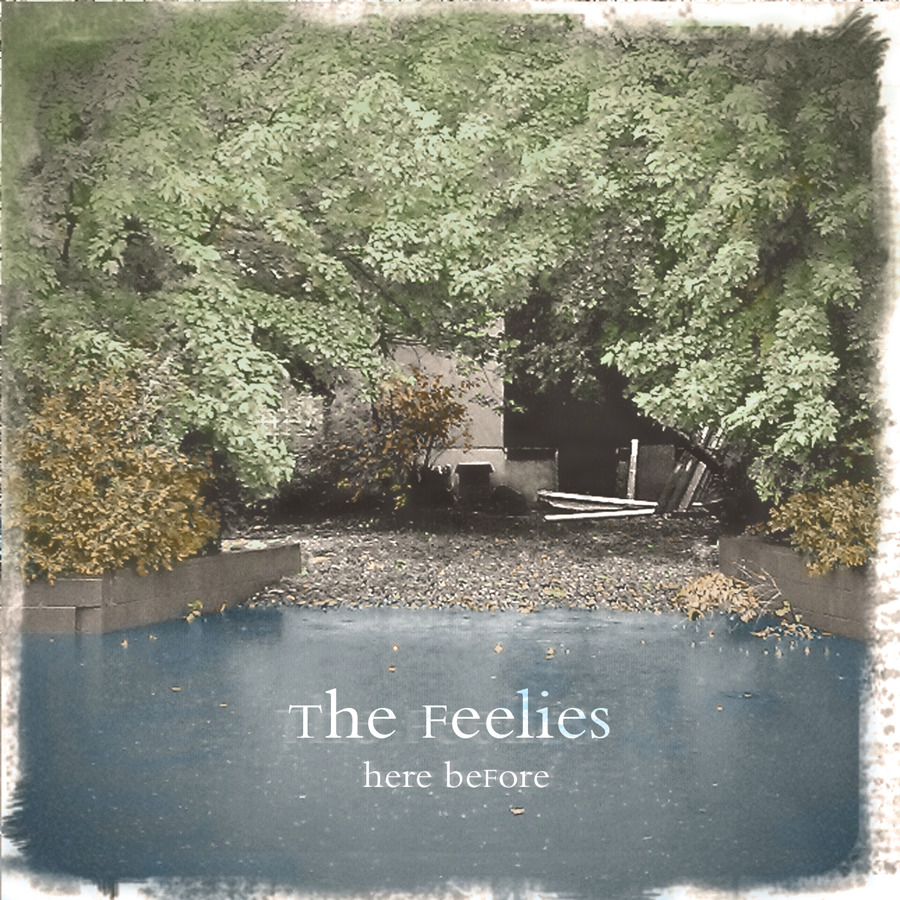 Last
time we heard a Feelies record it was 15 years ago with Time for a Witness, which featured the New Jersey wonders making a
gentle and jangly record of the Stooges/VU inspired variety. The past few years
has seen the re-releases of 1980’s Crazy
Rhythms and The Good Earth from
1986, warm up performances at Maxwell’s in Hoboken and now the Feelies’ fifth
album Here Before.

“Should Be Gone,” the single from the album
celebrates the band’s return to the scene with acknowledgements that it has “been
too long” complete with the happiest springtime fresh guitars. “We’re heading
out, don’t hesitate, we’re moving on, so don’t be late.”

“Again
Today” displays the passage of time while being grounded in today with Glenn
singing like 90s Lou Reed. Some of the album’s greatest highlights come from
the song suite tracklist pairing of “When You Know” and “Later On,” which goes
from the nervous New York guitar sound that the Feelies adore to the “I’m Set
Free” uplifting drones on “Later On.” Together the two songs sound like a two piece
indie symphony that shows the band’s knack for penning pop songs that work
independently on their own merits or as dovetailing compliments to the other
when heard in album track order.

Songs of
life affirmation and a self-preservationist’s eagerness prevail throughout the
album. “Way Down” sounds like a Feelies show at Maxwell’s circa Only Life era in 1988. On “Time is
Right” Mercer quips a well assessed road map of contemporary survival singing, “stay
out of trouble, take care of your name, playing it forward, stay in the game,
find the way, without a plan, take each day, as best you can, something for the
world to see, the time is right for us to be.” There are also lots of
references to “taking your time,” and “time being right now,” constantly obsessing
over the moment and reflecting on the passing time and perhaps explaining the
decade and a half lapse from their activities as a band. Even with Feelies’ relaxed
approach to making songs, this album finds the group looking forward and
obsessed with the progressive direction as reflected in the songs entitled “On
and On” and “So Far.” With a history of crafting gems that put them on the map
via college rock stations of the 80s and 90s, the Feelies are looking back with
their preserved jangle tone but anxious about bringing their music to a new
audience of folks who weren’t born yet or lucky enough to discover them back in
the day.

The
criticism that some will find with Here
Before is that the sound echoes the second Feelies lineup, given that this
is the second lineup performing together again on the album. For those looking
for the no-wave anachronisms of the Crazy
Rhythms-era will have to content themselves with the recent reissue. The
album marches in the style of a proper follow up to Time for a Witness, picking up the sound they left behind 15 years
backs. Here Before is the Feelies
here and now with their sound firmly etched from the catalogue of their past
with lyrics looking to the future.