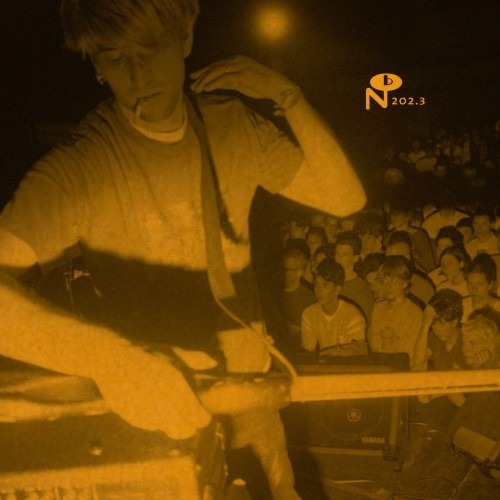 When Unwound’s 1993 debut, Fake Train, came out on Kill Rock Stars, I was the four-year-old child of Steely Dan fans in Pasadena. When the group broke up in 2002, my attention was elsewhere. I would have been getting acquainted with Nirvana via their self-titled best-of CD that came out that year—if you’re reading this, you probably remember, it was the one with the black cover. Nirvana’s status as the patron saints of “grunge” was already cemented in history at that point, by the perfect storm of commerce, an angsty zeitgeist, and Kurt Cobain’s gift for grittily delivered pop melody. But the best-of CD made millions— I mean made sure that, for the millions too young to remember, Nirvana would be canonized anew. Meanwhile, if I ever heard Unwound’s name before the last couple years, I certainly didn’t remember it.

“Canonization” literally means to declare someone a saint. In Catholicism, this means the individual in question lived according to a set of values whose definition falls under the authority of the pope and his line of predecessors. It means, in so many words, that one has led an exceptionally ethical and good life in the service of a clearly defined ideal. In the arts and in the culture at large, canonization is not so clear-cut, and doesn’t answer to any official decrees. No pope declared Cobain the patron saint of grunge—by a mix of commerce and consensus, but mostly commerce, it just sort of happened that way. But because commerce was such a big part of the process, the anti-commercial ethos that gave rise to the sound Nirvana typified (to the FM-listening public) couldn’t come along for the ride, not as anything more than empty words. Kurt Cobain struggled famously with this very conflict; there are those who profit just as famously on the myth of his martyrdom, which cut Nirvana’s career short before they had time to make any irrelevant music. As a band that commercialized a sound, they couldn’t be remembered as anti- commercial. And while it’s not even up for debate that Nirvana occupies a central place in the popular music canon, it must be noted that the pursued ideal was a surface-level aesthetic, a sound for the sake of a sound— and when other commercially-oriented bands began to mimic that sound, its parent ethos had to run off and hide somewhere else.

Twelve years later, the pattern continues. The Numero Group is reissuing, piece by piece, the complete recordings of Unwound (a legendary band to those who know about them) in a series of box sets. For me, this is a revelation: Once again, I’m coming to know and love a band I was too young to appreciate during their heyday. The first set, Kid Is Gone, came out last year and consisted of recordings the band made with their original drummer, Brandt Sandeno. The second set, out now and entitled Rat Conspiracy, consists of their first two albums with drummer Sara Lund (in the line-up the band would keep for the ensuing decade until their split), as well as a third disc of deeper cuts, some of them previously unreleased. The set also features liner notes by David Wilcox, which describe this period in the band’s development. The liner notes emphasize, above all, the independent core of Unwound and the scene that gave them life—that is, the post-hardcore scene around Olympia, Washington, in the early ‘90s. The emphasis, really, is on the small size of the community, and the tightness of the bonds that held it together—A house show had to be silenced so the host could talk to his landlord on the phone. The band booked their first eight-week tour around the country themselves, relying on zines (Book Your Own Fuckin’ Life) and personal connections. They played perhaps that tour’s most memorable show in a semi trailer in Colorado, to a crowd of roughly 12. Bassist Vern Rumsey shot himself in the arm with a staple gun (Wilcox relates this to showcase the then-20-year-old’s unpredictable immaturity; I would like to emphasize that he did it himself). The pictures in the liner notes also show the youth of the crowd, mirroring Unwound’s career-long insistence on playing in all-ages venues.

Fake Train, Unwound’s full-length debut on Kill Rock Stars and the first LP included in Rat Conspiracy, shows a young band finding its sound. There’s a brutal cohesion to it, but there’s also a strange, feedbacky argument going on: while the main structures of the songs are agreed upon, there are moments within the songs where each member seems to think they’re playing in a different band. It is these moments that show the chemistry that made Unwound work. For example, the main riff of “Dragnalus” has Lund, (guitarist/vocalist Justic) Trosper, and Rumsey playing in brutal, heavy unison, and then the moments of transition between the verse- sections show each member going off with their own idea, and ultimately falling back into line with each other. None of the ideas on Fake Train is overdeveloped— each idea is left in a state of primacy, and the album’s energy benefits. “We Are And Was Or Is” consists of ideas that conflict with each other in mild but significant ways; “Ratbite” maintains a classic-punk vitality, but between choruses, it seems the only thing that holds the song together is Sara Lund’s propulsive beat. As is true with a lot of great first albums, the delight of listening to this has a lot to do with the rawness of it, the blunt weight of new ideas coming on fast. Sometimes the guitar noise feels slightly less than intentional; furthermore, Sara Lund says in the liner notes that there are a few songs on which she wishes she had done another take. On the whole, despite whatever less-than-perfect moments might happen on Fake Train, I find it immensely exciting to listen to—as I said, it’s the sound of a young band hitting its stride.

According to Lund, as quoted in the liner notes, the group’s second album and the second disc in the set—New Plastic Ideas— was sort of received by fans as “the boring album.” While I wasn’t bored by it in the least, I could at least understand where such a reaction might have come from. Where Fake Train shows a band that is stoked to have found its thing, New Plastic Ideas almost seems like the band went into the studio saying, “we’re Unwound and this is the way that we make music.” That is to say, they had grown comfortable in their sound; the newness had worn away. I think what I’m talking about is mainly that the band plays more cleanly and more cohesively, forgoing some of the free-floating tension that made moments of Fake Train so darkly energetic. The nearly parallel guitar and bass that kick off “Entirely Different Matters” set the tone on this album, the band plays together, as a unit rather than as an eco-system of units. I enjoyed listening to New Plastic Ideas, but I’ve found myself listening to Fake Train about twice as much.

The third disc in the box set includes some material released on compilations; some recordings made at KSPC in Claremont, CA and at their band practices at home; and material from two 7”s, Negated and Mkultra. The Negated material is notable for the inclusion of the band’s friend and roadie Dirty on vocals and trombone—the trombone, rather than adding the cartoony element I would have guessed at, actually lends a sort of epic feel to “Negated,” and a sinister-clown element on “Said Serial.” “Census” shows the band exploring a sort of dub/ska sound, with heavy delay on the guitar and a reggae-inflected rhythm. A healthy dose of dissonance makes the track seem almost scathingly tongue-in-cheek. Also notable on the disc is a cover of Minutemen’s “Plight,” featuring Lund on vocals—much more reserved, skeletal, and haunting than the original, a difference that is amplified by the band not really falling together until the last few seconds of the track.

“As long as we kept complete control and never trusted anything corporate, we believed we’d remain safe,” Sara Lund says, in the liner notes. The band’s unwillingness to commercialize what they did surely made it more difficult and less feasible to keep the project going continuously; on the other hand, their unwillingness to bow too far to commercial influences ensured that what they produced would be an honest expression of their vision. Is this reissue, then (surely a thing with a little money involved), a compromise of the values so firmly attached to the Unwound story? Sure, someone’s making a buck, probably the band included.

But they’ve all moved onto other projects—Trosper and Sandeno have a group called Survival Knife, Lund plays with the Corin Tucker band and Holy Ghost, and Rumsey works as a recording engineer. Furthermore, Unwound has happened; the music is made and the story is, for all intents and purposes, over. As long as the band isn’t planning a sneaky reunion tour, which it seems they probably aren’t, this reissue is happening at a vast distance in time from Unwound’s period of productivity, and so its sales can have no effect on the art involved. Nothing can change the past; Unwound stuck around for a decade making music for the sake of music. What we hear on Rat Conspiracy was, at its moment of production, made without the interference of any significant outsider money— and since “authenticity” only lasts until its moment of creation has passed, nothing is lost in this music by making sure it is introduced to a new set of listeners. The story that accompanies the music is that of a group that operated by a set of ideals, and so if this reissue (as all reissues kind of are) is an attempt at “canonization,” whatever that really is, there is undoubtedly an ethical element to it: Unwound should be remembered, so the story goes, for their unwillingness to bend to commercial influence. On the one hand, perhaps this story was designed to sell me a 40 dollar boxset. On the other, the music speaks for itself—and the music preserved on Rat Conspiracy speaks volumes.