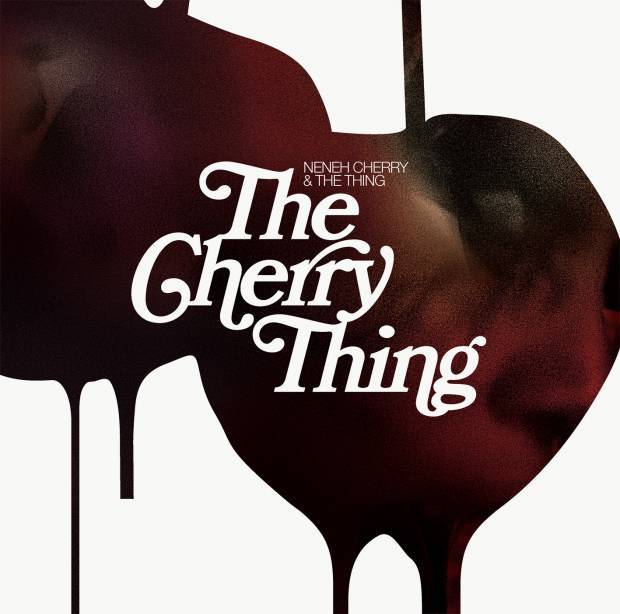 Neneh Cherry fans rejoice, as the long awaited follow up to Homebrew is over as she takes on a slew of covers with her Scandinavian jazz trio, The Thing. Coming from a multitalented and multicultural background, this release finds her returning to her family's musical roots.

From growing up in a Swedish hippie commune, to the punk rock of the Cherries, a stint with the New Age Steppers, Neneh's Raw Like Sushi era solo that gave us her future dance rap manifesto “Buffalo Stance;” her current jazz focuses pay homage to her extensive Stockholm-Sierra Leone-American musical heritages to tap into the jazz of her family's favorites Don Cherry, Ornette Coleman to exploring numbers from Martina Topley-Bird, or MF Doom. For those that like new takes on their favorite pop songs, have nothing against controlled free form jazz, then The Cherry Thing was made with you in mind. If you were looking for an ironic slice of 1988 break beat hip-hop or a trendy 90s throwback, then think again as Neneh treats all these songs as jazz standards in their own right, fleshed out through organic grown, acoustic revisional compositions.

With the band taking their name from Neneh’s stepfather and jazz cornetist Don Cherry’s “The Thing,” a cover of Don’s “Golden Heart” takes on an intuitive form guided by Cherry's voice leading The Thing down haunted Styx-like channels amid a constant hum of sustained noise. “Too Tough to Dive” asserts her staying power in an energetic take on Martina Topley-Bird’s song while “Sudden Movement” is an exercise in sudden explosive jazz moments. Her ambitious reaches treat the underground and counter-culture with a similar shared reverence that sees proto-electro-punk and rap sharing equal musical opportunities on the Cherry Thing playing field. Suicide’s “Dream Baby Dream” is given a proper jazz trio rendering to provide an organic take on the ‘keep your dreams’ encouragement that works even without the drum machine and vintage synths. Her ambitious cover of Madvillain, (aka MF Doom and Madlib's now immortal collaborative creation) is reworked as a late night supperclub flow that might be her best lyrical undertaking on the entire album.

The pratfalls to covering modern songs through the jazz lens depends on how deeply entrenched into the Starbucks ambience territory a song travels. Take for example the litmus test of Cherry’s take on the Stooges’ “Dirt;” propelled forward by horns, liberal helpings of free-form noise that do not neccesarily advance the original to any new territory. Perhaps the gripe is with treading too much on a revered ‘sacred cow’ status favorite with a less aggressive and more emotional rendering of the classic, but at least the legions of venti non-fat latte swilling soccer moms from the cult of Norah Jones will wonder what that proto-punk fuss was all about anyway. Neneh’s strengths are best displayed in the ornate, subtle but spacey covers like Ornette Coleman's “What Reason,” taking it out of the steamy, automated espresso machine retail cafes and placing it right at home as a slow jazz number with light touches of vocal echo from her to infinity.

From the original opening of “Cashback,” Cherry's return is steeped in modern reflection and reinvented with new jazz perspectives, “change the past, was a blast, they think you’re losing time, you realign.” Amid a world of post-genre movements, Cherry selects her own idiosyncratic reading of the world’s songbook that draws from her musical upbringing in from both the jazz and popular musical schools. Like the delicate balance of both the old and new school from artists like Georgia Anne Muldrow, Iggy Pop's forgotten daughters in the Anita Lofton Project; Neneh Cherry could not have come back at a better time or more creative musical climate than now.