The Radio Dept., Running Out Of Love 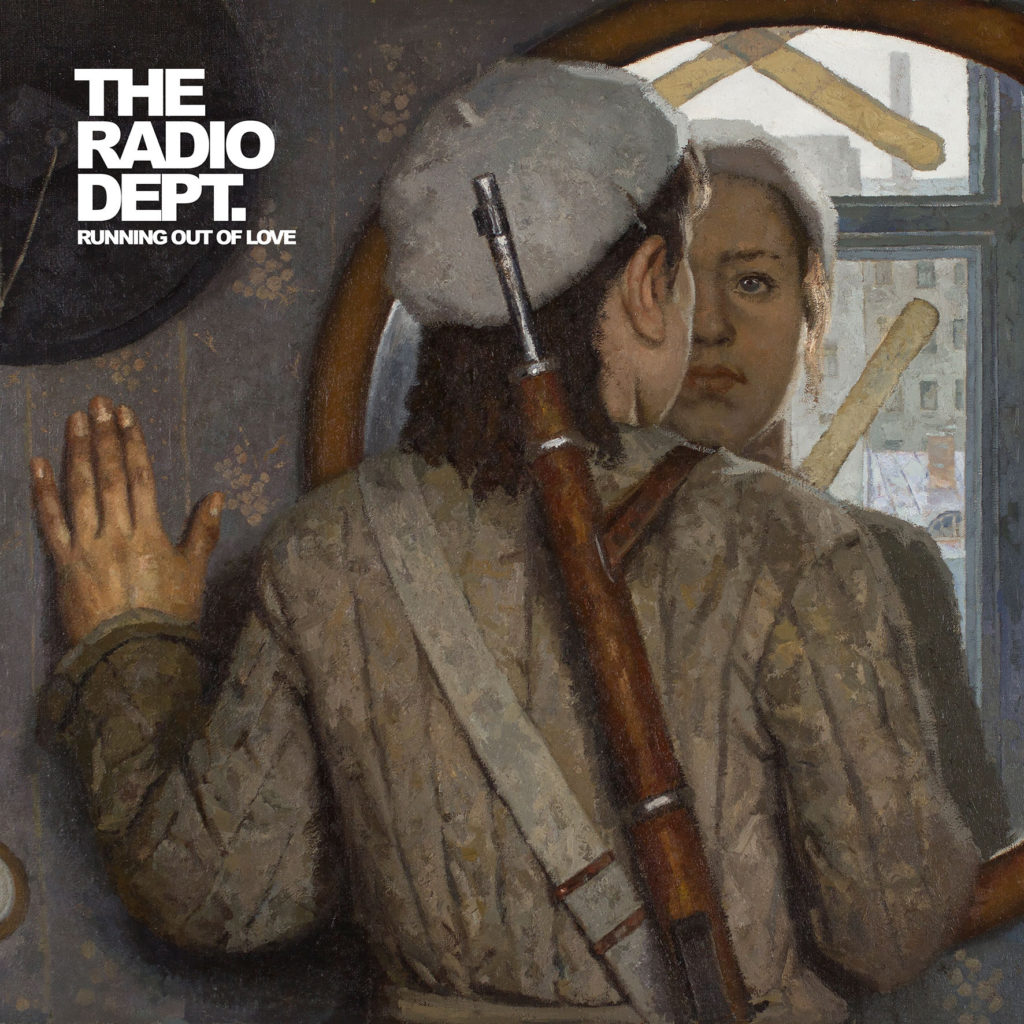 The past few years have been tumultuous for the Swedish agitpop collective The Radio Dept. The 2000s were bountiful, resulting in single, album, and EP releases of the band’s understated yet politic-infused dreamscapes every few months. Their sound and message came to an apex in 2010 on Clinging To A Scheme, where gorgeous synths and cryptic samples rolled across the entire album to blend with their opaque lyrics on contemporary socialism. It was a promising career trajectory until it wasn’t, as the band became embittered about their contract with Labrador Records. Lawsuits followed and the album The Radio Dept had started was summarily scrapped. The band also lost membership through that near six year dormant period, now whittled down to founding members Johan Duncanson and Martin Carlberg. As a result, the duo pushed forward with this year’s Running Out Of Love, a headfirst plunge not only into the  electronic music they were gradually approaching, but takes on the rise in fear-based nationalism head-on in their home country.

“Sloboda Narodu”, a Slavic phrase meaning “Power To The People”, is both the name of the opening track and the last words of war hero Stjepan Filipović before being executed by a fascist regime in World War II. Conveyed over rising beats and keys, this missive is a bold proclamation for an album opener. These are tenuous times worldwide and Sweden has its share of divisive issues. With the gradual rise of nationalism coupled with the questionable practices of the country’s gun manufacturing industry, The Radio Dept. are now documenting these harrowing events on Out Of Love with a bleak outlook. What sets apart the protest music  of Duncanson and Carlberg from others is the music itself, shying away from cloying rally cries to focus on the importance of pop melody.

Running Out Of Love is well-stocked with parcels of new wave-era catchiness, trying out classic dance tempos and phrases on tracks like “We Got Game” with a deft certainty. The song both embraces its club-focused source material and digs deeper than most modern electronica. The Radio Dept. make their pointed statements, citing a society of “racist goons” while asserting no interest in conceding a middle ground with a xenophobic populace. Then the song goes further by searching for solace in their direct influence, namechecking Paris Grey of 1980s techno outfit Inner City and pining for her glowing vision of a brighter day. “We Got Game” stands as an anomaly as the lyrical tone on the album leans more contentious. Take the example below:

It is obvious that “Swedish Guns” doesn’t bother with subtlety, but there is a mindful restraint in the vocals. Always singing in a hushed tone, The Radio Dept. chooses to deliver their messages with a gesture rather than a swing. Arranged with a nodding reggae rhythm and lulled synth work, “Guns” is crafted into a slick package of pop and politics.

There are other prominent artists wafting through the mix as well. Shades of New Order (“This Thing Was Bound To Happen”), Moby (“Occupied”), and Happy Mondays (“Committed To The Cause”) can be picked up throughout the LP creating an idyllic atmosphere while alluding to a simpler time both musically and globally. It is strange to hear doled socialist principles over a beat and bassline reserved for Manchester drug anthems. Yet it works, as does Running Out Of Love as a whole. The Radio Dept. working now as a retooled entity has not lost their aptitude for their distinct duality of charged commentary and dreamy pop. With this album, they are also finished with their unsatisfactory record contract. What comes next for the pair is unclear, but you can be sure that they will never run out of causes to champion.

PrevPreviousSTRFKR, Being No One, Going Nowhere
NextAbout A Million, Hold UpNext