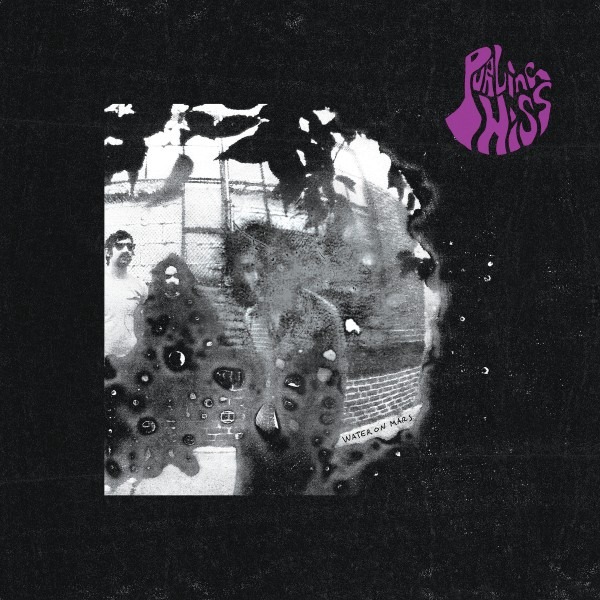 Elon Musk, CEO of private space exploration company, SpaceX, emotionally broke down on camera when asked what he thought of Neil Armstrong and Eugene Cernan’s denouncement of the commercialization of space investigation. Crotchety, old-fashioned astronauts like Armstrong and Cernan speculate Musk’s privatized frontier will water down the legitimacy in efforts to explore, navigate, and eventually colonize the great wide open, and so on and so forth and blah dee blah. With all due respect to Mr. Musk, Armstrong, and Cernan, this whole melodrama sounds like a petty playground squabble when, as of the 3/19 release of Water on Mars, no doubt remains that space was explored to the end and back, only to find a colony of hyperintelligent cockroaches and Mike Polizze’s rapturous, squeeling, and viably martian sunburst Fender Stratocaster. The jig is up—space is over.

Unless Cernan and Armstrong are reading this, the assumption presides that neither reader nor writer have been to space, so the recently released 9-track record by Polizze’s band Purling Hiss, with its shining whirs and distorted, near-endless solos, could be a difficult listen, a transmission from another world in an unintelligible language. Any review or critique would be moot, operating under a false knowledge and an arrogance that most earthlings possess, deluding them to think they could understand the quality of sounds and swells manifested from a martian guitar. How could we actually know if there is water on Mars? Isn’t Mars just a construct of our minds? With this Philadelphia power trio’s excellent, intimidating album, however, there grows a feeling from the first track onward that what is alien is familiar and comforting, and should there be life outside of Earth, all beings—terrestrial and non—would kick back together to drink beers, hang paisley tapestries, and thoroughly enjoy a couple rotations of Water on Mars.

The truly defining characteristic of Purling Hiss’ psych-rock time-travel aesthetic is the crushing, perennially distracting wail that springs forth from Mike Polizze’s fingers. His playing is so dominant that on songs like the opening track, “Lolita,” and the overtly poppy followup “Mercury Retrograde,” everything—everything—is secondary. There are moments in the fold when the listener thinks, “Oh what a pretty melody,” but like all things pretty, they must eventually be squashed by the power of shred. Which is not to say there aren’t several times where Purling Hiss’ otherworldly, psyched-out sound verges on the statistically meek (based on a ratio of pussy instruments to non-pussy instruments). The best example of that ratio is found on the gorgeous ballad “She Calms Me Down,” where the gnar takes a back seat to Polizze’s warbly, reticent voice as he sweetly proclaims a love founded on tranquility.

There is no doubt, though, that the heroic standout of this latest Drag City release is its namesake, the 7-minute trance-to-triumph “Water on Mars”. Here a subdued Polizze wrangles with the lyric “I can see the future” while his extraterrestrial axe effortlessly plays itself like the only life on other planets are wah pedals that mated with the broken pieces of smashed Pete Townshend relics. Through this whole planetary odyssey, no man is an island, and though the Purling Hiss moniker derives itself from Polizze’s branching off from Birds of Maya, he could not achieve the nine tracks through outerspace without the consistent yet subtle rhythm section that Kiel Everett and Mike Sneeringer deftly provide. Their thumping heartbeat is a masterful lifeline, much like an astronaut’s oxygen, or else we’d all worry Polizze might be suctioned into a black hole of slaying overdrive forever.

This record is a pilgrimage to a place that our minds find difficult to even fathom, but once we get there, we realize we’ve known it all along. With influences like Dinosaur Jr. and Jimi Hendrix, Polizze has managed to turn a trip thousands of light-years away into an under-the-hour ride; we finish our astronaut ice cream before the rocket even docks. But in the current world, where the coldly digital art of laptopism takes the spotlight more times than not, the crushing sound of a man and his guitar can feel as foreign as if an inhuman lifeform were trying to communicate. New sounds, feelings, and worlds exit through Polizze’s fretboard and shred the gnar so thoroughly and deeply that one feels the need to ask: is there actually water on Mars?