Calliope Musicals Share Video for “Echo of the Whoos”, Want to Rock Faces Off 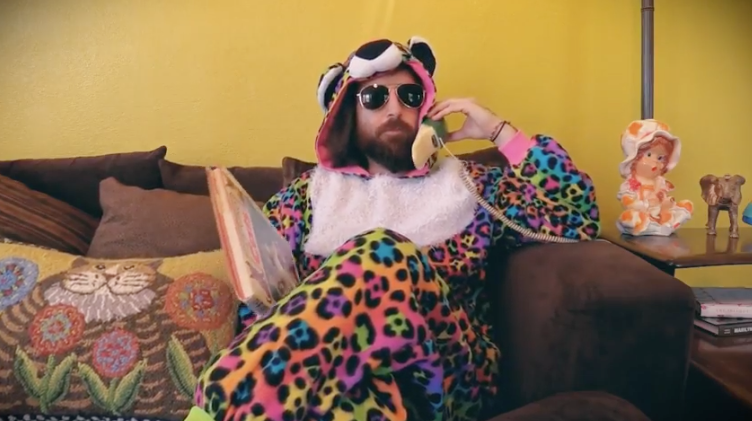 Psychedelic pop band Calliope Musicals – comprised of Carrie Fussell, Matt Roth, Craig Finkelstein, Josh Bickley, Chris Webb, and Andrew Vizzone – has been impressing crowds out of Austin, TX with their high-energy performances for quite some time now. Coming away with the award for Best New Band at the 2016 Austin Music Awards, they’re gaining a lot of traction in the industry right now. Their unique brand of performance paired with their true knack of getting the entire crowd up and dancing is very rare in to see now, and we’re big, big fans.

Their music video for “Echo of the Whoos” evokes no less of a hip-shaking, sweat-inducing atmosphere than their live performance. Check it out, then read our incredibly too brief, but no less awesome) interview with many unique and beautiful personalities that make up Calliope Musicals.

Calliope Musicals is an awesome name. Where’d that come from?

Carrie: “Calliope” is one of the muses from Greek mythology- the goddess of epic poetry. People have suggested that we drop “musicals” from our name, but I think it sets the tone for something more than a concert, so with the costumes and signs and dancing it makes a lot of sense, and people kind of get a hint that they might be doing more than just listening to a show.

The video for your song “Echo of the Whoos” just came out. Can you explain the title?

Andrew: The track title was one of those names that got written down just as a reference to the song we were working on at the time.  We thought it was silly considering the amount of “whoos” that happen throughout the song and all figured, “we’ll think of something else, but until then let’s just leave it at ‘Echo of the Whoos'”.  Funny thing is, when we recorded this track in the studio, our producer asked us what the name of the song was and we locked up and decided on a safer route – “Love Like Fire” – for the title.  That decision lasted about 2 days before we called him back and told him to change it to “Echo of the Whoos.”  Simply put, we love playfulness of the title.  We feel it matches the vibe we tried to create when we wrote it.

Chris: We brought this song to Kevin, our producer, first when we began recording. We told him the name of the track would be “Echo of the Whoos,”  and he looked at us like we were crazy and simply said, “yeah, that’s not the name of this song.” We went back and forth for awhile before switching to this original working title right before pressing.

Josh: Making the video was a blast. We had friends who were able to assist us during the shooting process, and that was a huge help.  It is, at its heart, the story of band members brought together by forces unknown, realizing their collective dream to rock faces off of bodies.  The band is generally portraying themselves while the other characters are derived from our travel experiences. (Peter, the old-fashioned slinging cool guy from Lafayette was inspiration for the kid nappers.) It will be interesting to see what the colorful characters are doing a year or two from now.

I have to ask, where did you guys get those onesies in the video from?

Carrie: Ha! So we used to have a pink unicorn onesie that I found randomly a several years ago at a post-Christmas sale in one of those crazy toy shops in the mall. We misplaced it, and Craig had to have it for his jumping unicorn cowbell solo, and someone tipped us off to Urban Outfitters. The guys went to get it and Chris called and asked if he should buy this neon rainbow cheetah; I immediately freaked out and asked if it was Lisa Frank, and he said yes and it made 2nd grade me VERY excited.

What was the best part about making the video for “Echo of the Whoos?”

Carrie: We threw a party for our friends and fans with Hot-n-Ready pizzas, dress up clothes and whiskey. Everyone was a really good sport about listening to the song 15 times ? It was a super fun chance to get everyone in on the fun- we’re all about immersive experiences, so getting everyone who loves our music involved in the video just made sense!

What has shaped or influenced you guys most as a band?

Matt: We started the band on the notion that we would gather a bunch of misfit, quirky musicians and the combination would somehow be an orchestrated chaos of musical happiness.  That idea continues to be a strong influence and shapes how we make our music.  We always encourage people to allow their inner selves to be fully expressed no matter how colorful or weird that may be.

The rest of the band would be an oatmeal raisin cookie and hide in Andrew’s bag of chocolate chip cookies and have a good laugh when he discovered our raisins weren’t chocolate chips.

What’s up next for Calliope Musicals?

Carrie: We’re really excited to be writing material for a new EP. We’ve also been working on a rock opera called “The Girl with Saturn for a Head” off and on for the last 4 years; we have some fun plans for bringing that to life!

Chris: FESTIVALS! We are writing this at a fest right now, and we are excited for Backwoods Festival in Oklahoma, Utopiafest in south Texas, and Sound on Sound, (the new Fun Fun Fun Fest) in Austin!