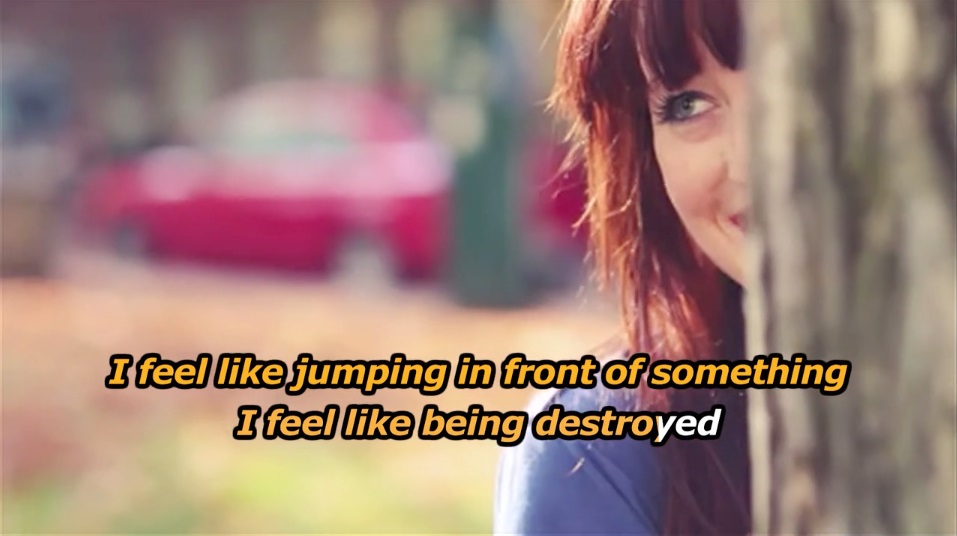 I can’t write this post in anything but the first person, because it is about suicidality, and suicidality is something I know better than I know the map of my own heart, sometimes. Though it’s been absent from my life for a minute, its claws unhitched from my shoulders for a record period of time in my 36 years, I was born with its wings furled around me—set to self-destruct. At my very worst, around the age of 20, I lay in an empty bathtub with my clothes on for days, unable to move. Depression has warped my perspective indelibly and being relatively free of it for periods of time still feels raw and new and strange. The world constantly looks odd to me these days, like when you don’t know you need glasses and then you get them and everything looks painfully, bizarrely sharp.

The reason I didn’t kill myself in those worst moments is that there are people who love me, and hurting them is my greatest fear in the world, greater than any possible horror trope.

dd elle, aka electronic pop artist Dan Casey, addresses the sheer vacant selfishness of functional suicidality on “A Note”, a deceptively sweet-sounding song (the contrast of sweet and bleak is a time-honored dissonance), with visuals provided by fellow electronic musician Cameron Reed (aka Babe Rainbow), all taken from stock footage of people smiling. There is a moment, when you’re really considering what it would take to leave this earth, where you feel like you’re flipping back and forth between ultimate fear and fearlessness, ultimate shame and shamelessness, like you’re folding and unfolding, an endless middle school-style paper fortune teller. I have never heard a piece of music capture that moment as gently, elegantly and brutally as “A Note”. This is the moment when I got up out of the bathtub, rumpled and terrible, and had to go to work, and smile, and fake like I wasn’t gasping for air, because I had no other option. Casey is working through this himself: “It’s real & it’s true & it’s me & I’m trying but it’s hard to change,” he says of “A Note,” the first song he wrote as dd elle. To communicate this moment at which you are the most vulnerable to the outside world is difficult; why am I so important, you think? Why is my stupid whining worth anyone’s attention?

The reason to make art from pain like this, though, is this: to connect with others, to be true, to admit fault, to attempt to begin again, to ask Can anyone hear me? Am I truly alone?

When I was at my worst, I felt like nobody could possibly understand what I was going through. That ultimate isolation is the greatest trick suicidal thinking can pull. Through music, we may touch one another’s fingertips, grasping through this hell, and we may find one another.

“A Note” is the closing track on dd elle’s EP U, available now on Reed’s label Slow Release.