Monograms, ” Summertime Comes & I Am Your Fall” 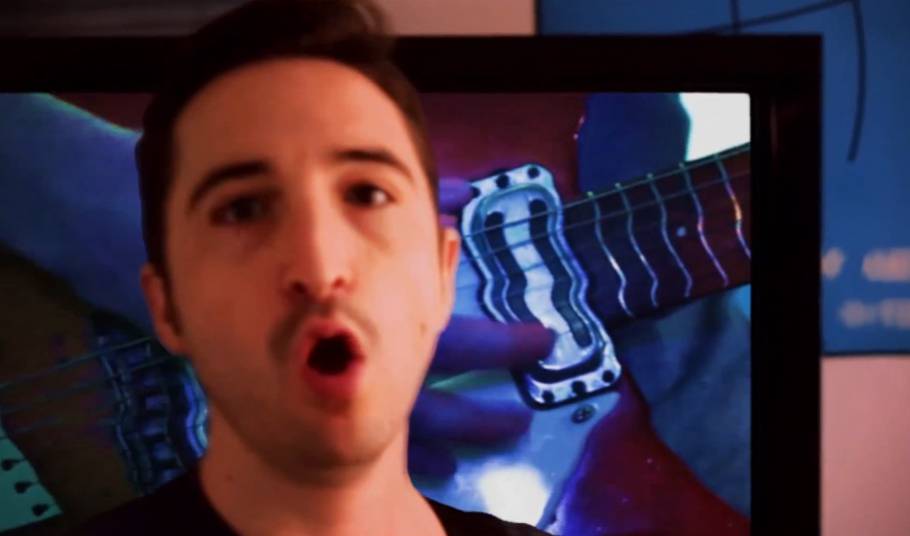 Monograms is the latest endeavor from Brooklyn’s Ian Jacobs, who premiere the Doors Off Productions video from Lucas Rainey and Matthew Russell for “Summertime Comes & I Am Your Fall” from the Fader EP. An EP that creates oceanic swells with the opening “Tidal Wave”, the double entendres and attitude on “Makeup”, or the beckoning ebb retreat of “Backwards”; the wordplay masquerade ball dance continues on “Summertime Comes & I am Your Fall”, visualized here through images of Ian projected on/and in front of television tube displays.

Contrasting color palettes of red and blue break between the scan-lines of static that utilize the limitations of videotaped footage as aesthetic effect. Night drives and melodramatic confessionals reserved for evening television-sale window display performances bring heavy, hearts on the video for “Summertime Comes & I Am Your Fall”. Rainey and Russell’s video highlights the emotion from over-exposed shots, color saturation, and capturing the angles of seasonal heartaches that brings the cold chill of fall and winter to summertime break-ups. Monograms’ Jacobs can be seen and heard singing out a telegram to a former lover turned stranger, a plea to move from dollhouse fantasy to something more real. Between the tied-up electric strings, and flicker of images on the tubes, Monograms tackle the age old last-ditch effort to hold onto the fleeting spirits that move through our lives like season to the days and months on a calendar. Ian took a moment to talk with us in the following discussion about Monograms and more:

How did you latest project Monograms first begin with you recording with various friends?

Monograms started as just a home/studio recording side project a while ago with some songs I wrote and a few friends recording with me. Then sometime in spring 2014, I decided to take it out of the studio & played my first official show in June 2014. Things kinda moved along from there.

Any insights into the recording of the first Monograms EP that dropped earlier this year?

When I decided to perform live with Monograms, I started putting together all new material, in the studio and at home. So, all the elements of the new tracks were written and recorded before I ever performed the songs live (which allowed a bit of experimenting and stuff while I was writing.) The four songs on the EP are from those recording sessions.

How did the addictive single “Summertime Comes & I am Your Fall” turn into the multi-televised takes of television tube images on the video treatment from Lucas Rainey and Matthew Russell?

The TVs were originally only supposed to be in one scene. We filmed a TV playing some footage we had shot. But we liked it a lot, so we shot a bunch more of stuff like that -and then the director, Lucas, started building TV elements from scratch and other effects and we just kinda kept running with it as a theme.

Any hints you can provide on an upcoming Monograms LP?

Yeah.. I’ve already started work on my next EP over the past few months. Aiming for a February 2015 release…totally different process so far. This time, I’ve actually played the songs live a couple times.