The digital revolution has nothing to do with your bad taste 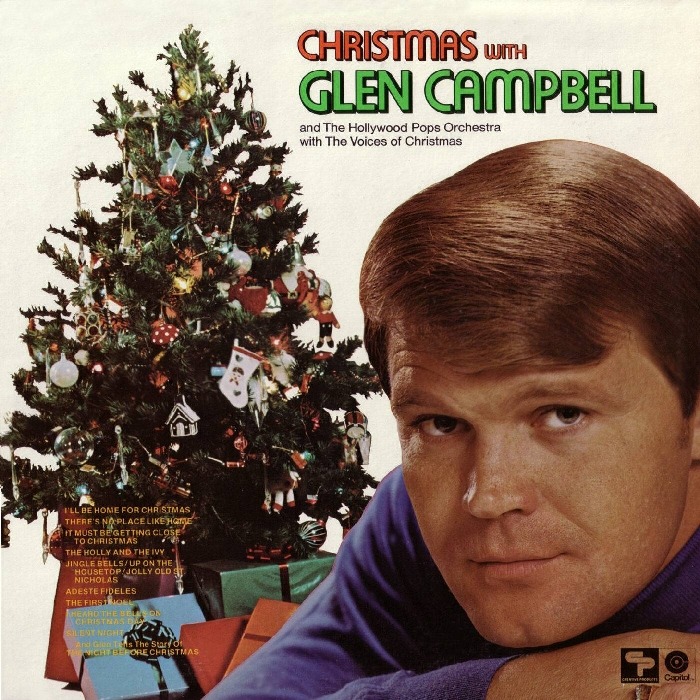 I began writing for Impose in the fall of 2003, when I happened upon an early issue of the original magazine at Atomic Records (RIP) in Milwaukee, Wisconsin. I contacted Derek, told him I liked what I had seen and read, and offered my services as a freelancer, and the rest, as they say, is history. Since then I’ve had the pleasure of interviewing Boris The Sprinkler’s Reverend Norb, along with The Black Angels, among others. I did a feature on punk rock movies, contributed numerous book reviews, and have had a chance to write about dozens and dozens of great records in almost every imaginable genre.

Recently, the editors at Impose asked if I would be interested in doing a regular column/blog for the site. I’ve always appreciated their all-over-the-map taste and vast musical knowledge, and it’s been a pleasure to work with them, so, of course, I said, “hell yeah.” Despite all the other obligations in my life, the opportunity to write about more music and film stuff was just too good to pass up.
I respect the Impose team for all they’ve endured and accomplished. Moving from a modestly-distributed free publication to a thriving Web magazine that also happens to be one of the best of its kind is a tale of evolution and survival, not to mention devotion to the cause. I‘m grateful they have let me yammer on about my passions for seven years. Contributing a regular blog will provide even more latitude to write about the people and things we think are worthy of coverage, and of your time.

So, that’s a good jumping off point…. In the new world of digital everything, from instant messaging and zip files to real-time video and quick-time downloads, music (and the consumption of it) has taken on a completely different dimension in the culture. Not only do we consume music differently than twenty, or forty, years ago, but we also conceive of it differently (digitally).

As a rule, the masses don’t exchange albums with friends anymore, or dub cassette tapes. They transfer digital files or burn digital reproductions onto a plastic disc. Of course, those of us who are Luddites and still collect LPs and 7” singles know the beauty of operating in a milieu that we consider solely our own, but that’s another story for another day.

People complain to me frequently about not having enough time to listen to music anymore, to which I usually reply, “You’ve got to make the time.” For the sake of convenience a lot of people have completely altered how they interact with music. The computer has become the sole source for finding a lot of music, as well as the listening station, for a lot of people.
Music was not intended to be chopped into binary bits to be fed through a digital portal and played through 2-inch speakers or ear buds. This phenomenon has also changed the listening experience in such a way that it is re-conditioning us as listeners. It’s altering human consciousness again, but not necessarily in a good way.

Many people have all their music on a computer or an ipod. This renders the whole point of high- fidelity audio recording moot. It’s like holding up a painting and looking at it in a mirror from the far end of a long hallway. They don’t care how it sounds played back through an amplifier and loudspeakers. They just re-attune themselves to how they will hear it in the digital realm. If it sounds good in the ear buds that’s all that matters, because, they can export it to the ipod. Whooppee!

Many people have opted more for convenience and time considerations, and they let their CD collections languish while they accumulate four thousand digitized replicas of songs in their smart phones.The act of going to an actual “record store” to shop for music is a relic from the past. Barnes & Noble and Best Buy don’t count. Who does that? Who has the time? That’s so twentieth century. What some people apparently don’t realize is that not all the music in the world is on the internet waiting to be downloaded.

The way we experience music, storing, sharing and delivering music, is artificial now. That got me thinking about the music itself. What defines popular music today? Of course, there’s the electronic music revolution and sampling technologies, turntable-ism in hip-hop, pop, etc. These were born out of the introduction of digital audio technology. But this is not about how the synth-drum changed dance music forever. The intriguing question, to my mind, is how does the music of today compare to what came before? The parallels between the 1960s and today are evident in some of the natural cultural cycles that occur after the passing of a couple of generations.

While perusing the latest issue of Rolling Stone recently I found myself flipping to the back page where the record charts reside. As I’m looking at the top 40 albums I struggle to comprehend what, exactly, I’m seeing: Kenny Chesney, Lil Wayne, Zac Brown Band, Gucci Mane, Eminem… Trey Songz… Maroon 5… Michael W. Smith… Fantasia… Huh? Wtf?
Okay, now I can lose my mind on some Lil Wayne every now and then too, depending on the song, but I have to wonder when this crazy genre mixing of rock, pop, dance, hip-hop, country, R&B, etc. became the status quo. When did the MTVing of America finally take hold? I must have been asleep.

A little further down, Justin Bieber is sandwiched between Neil Young and Santana. Now That’s What I Call Music 35 makes an appearance, as does teeny-popper Selena Gomez. Eric’s Clapton is number six and Lincoln Park is eight. Soundgarden shows up at 26 and Disturbed at 30. Robert Plant stands at 32, and Bad Religion is at 35. Somehow, we’ve reached a point where the most prominent “music” magazine on the planet has a Now That’s What I Call Music compilation on the same chart as a Bad Religion album. Jean Baudrillard would love that.

Then it hit me. Bam! What if I were to check the most popular albums of the 1960s? The 60s is when the rock and pop long-player revolution occurred, and albums were the coin of the realm for forty years. How would the album sales charts compare from an aesthetic standpoint?

The first thing you have to do is separate The Beatles from the search because they skew everything. The Beatles can lay claim to seven of the one hundred best-selling albums of the 60s just by falling backwards. (Magical Mystery Tour, Sgt. Pepper’s Lonely Hearts Club Band, Rubber Soul, Revolver, White Album, Let It Be, Abbey Road.) After that, you factor out Dylan, Johnny Cash, Simon & Garfunkel, Led Zeppelin and The Rolling Stones because we now know them as legendary artists who stood the test of time.
Of course, we can’t forget the King. Elvis Presley has his own little corner of the discussion to himself, but this is where things get weird. In the case of Elvis records from the 60s the ones that were the most popular (i.e., moved the most units) are not the albums one might assume. Roustabout sold over 500,000 copies, G.I. Blues and the gospel recording His Hand In Mine each sold over 1,000,000 and Blue Hawaii sold over 3,000,000.

Things get weirder still as we learn that four of Glen Campbell’s albums are among the top one hundred sellers of the 60s. Campbell was a very successful performer/guitarist whose career has spanned over four decades, but he is only known by the masses for two highly commercialized hit singles over that entire period of time. It’s no surprise that The Monkees are present, but the idea that three of their albums are among the best selling of that decade might give one pause .
And here’s the clincher: soundtracks, and lots of them, of every imaginable kind. The Sound of Music sold over 500,000 copies, Hair sold over 500,000, Funny Girl sold over 1,000,000 Romeo & Juliet sold over 1,000,000, Fiddler on the Roof sold over 2,000,000, West Side Story sold over 3,000,000. Streisand also has a wing of her own in the 60s with her solo recordings and her work in films combined.

One doesn’t have to look too closely to see a pattern emerging. Americans love pop music. Sometimes the lowest commercial denominator is what sells, and for a good reason. It appeals to the absolute broadest audience available, and it requires the least amount of “work” to comprehend it. Complex music takes some work to understand and, ultimately, embrace. Americans, in the main, don’t think that way.

What’s easiest is what’s most appealing when it comes to consumer-driven appetites. It’s never really fair to speak in all generalities, but, by and large, Americans are the epitome of good, well-behaved consumers. We suffer from a consumer narcosis and our consumption patterns are highly conditioned and ritualized, myself included.
It’s clear that comparing the 1960s to the 2000s is apples and orangutans, anyway you look at it. The algorithm involving the rock and pop LP revolution of that era and the digital revolution of today is full of holes. The newfound freedom to record a long-playing record in the 60s was coupled with a massive cultural drift, not to mention a divisive war that dominated the decade’s consciousness. Nowadays, it seems Americans don’t even know we’re at war, or they just don’t care because they’ve got to get to Starbucks, myself included.

What came out of the 60s was a world that gave us so many iconic, and iconoclastic, figures it’s hard to count them all. (It’s fruitless and foolish to compare that to the dj/producer/mix-artist/laptop-junkie explosion of the new millennium because they are both the result of numerous unique socio-cultural factors.)

Besides those artists/bands already cited let’s just for a moment get our heads around The Who, The Doors, The Kinks, Jimi Hendrix, The Beach Boys, CCR, The Supremes, The Band, The Mamas and the Papas, Cream, Herb Alpert, The Moody Blues. Does the music of any one of those sound remotely like any of the others? The album chart dominance by these artists differs greatly from the artists who dominated the singles charts in the 60s, but the idea that the most accessible wins in the end still holds true almost everywhere.

The point of all this, I suppose, after the screaming and crying, is that nothing has fundamentally changed all that much, anywhere. Welcome to the world. The massive earth-altering musical movement of the 60s gave rise to a wave of would-be legends on both sides of the Atlantic, but it didn’t sharpen the edge of American musical tastes, or the British, for that matter. (But at least the Brits take a few more chances.) Americans flock to whatever is being hyped over and above all the other shite. If a consulting firm says a radio station has to play Daughtry or Ke$ha 17.4 times in a 24-hour rotation to maximize earning potential then that’s what they do.

How do you have a discussion comparing Trey Songz or Selena Gomez, or even Eminem, to Johnny Cash? In the end, it feels more and more like we’re living in an existential dream-world where we can envision the “other,” but we can’t ever really touch it. Does it even exist, or is it just us looking back at us, and laughing? Where do we go from here? That is the question without any apparent answer.