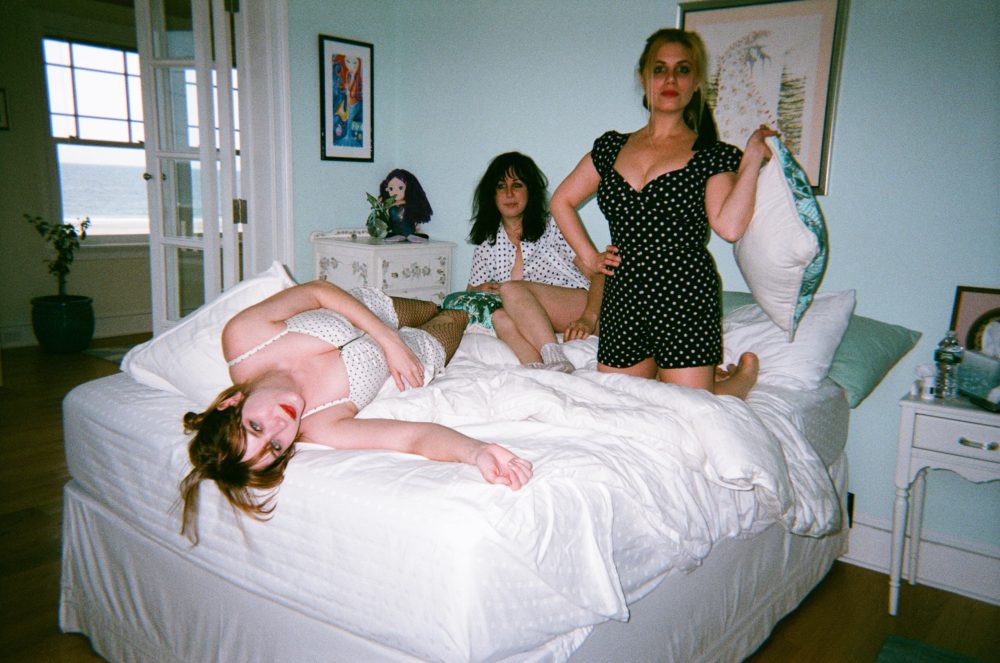 In May of last year, Brooklyn-based purveyors of all things good and rockin’ Sharkmuffin release Tsuki, their second full-length. One trip around the sun later and the band is ready to celebrate a re-printing of the LP with two bonus tracks and string of dates in the UK. Impose Magazine has the premiere of one of those new cuts, “Liz Taylor,” today.

The track immediately sets out on an initial groove that sets up singer/guitarist Tarra Thiessen to explore the idolization of cinemas complicated, extroverted heroines. This all leads “Liz Taylor” to bubble up into a brilliant wave of fuzzed guitars and ethereal harmonies as Sharkmuffin light a match under the notion of trying to be anything other than yourself.

“Lyrically, ‘Liz Taylor’ was originally inspired by my mother’s lifelong commitment to wearing the perfume White Diamonds,” shares Thiessen. “It’s impossible to wash White Diamonds perfume out so everything smelt like it when I was growing it. When I have insomnia I always end up watching Barbara Walters and Oprah interviews with older celebrities like Liz Taylor and Pricilla Presley, and am fascinated by how they view and explain the strange events of their lives and hope that after being in the public eye for so long their smart, sassy & slightly depressed personas are genuine.”

Stream Sharkmuffin’s “Liz Taylor” below and catch Sharkmuffin at their record release show on July 13th at Brooklyn Bazaar (RSVP).