No. 3 The “True Shape of a Tortured Woman” 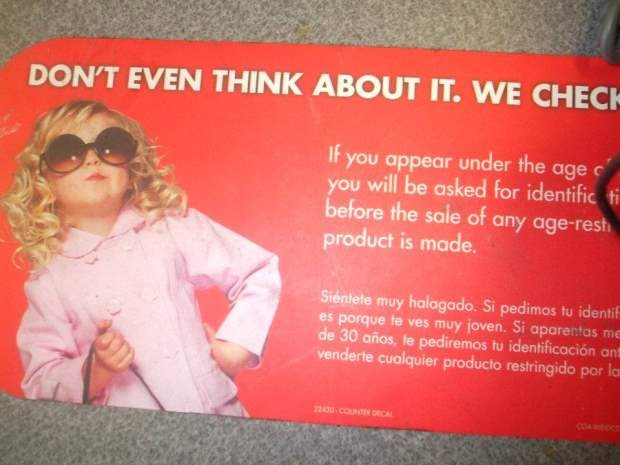 [We pick up with our intrepid manic back in Allston outside of a DIY space, bumming cigarettes in exchange for eccentric conversation until it's time for a slice of pizza at Bravo's Pizzaria.]

Hey, man, do you have a light?

Ah, thanks so much! I'm not trying to be all chain smoke-y but this band is kind of boring. Sorry. Actually, I'm not sorry. You can tell I'm not feeling a band because I just outside and smoking cigarettes during the set. It's like, “I'd rather have cancer than stand in a basement and pretend to like your shitty band.” Oh, man. I'm horrible. I'm going to hell. I am going to helllll-la-la-la-la-la.

Have you gone to many shows around here? Oh, cool. I haven’t seen you around. But I guess shows are usually at night and they’re in basements. And everyone looks the same in Allston. They look the same. They talk the same. They even fuck the same. I mean, that’s what Courtney Love said about Olympia but it is applicable here, too, maybe. She said that she had an affair with Kate Moss or something. Damn, C Love, Get. It. In. For some weird reason, I believe her. But everybody just cuts down what she says. You always hear Nirvanatards saying, “Oh, Kurt must be rolling around in his grave because of blahblahblah…” It’s like, Guess the fuck what? Kurt Cobain is dead. He’s not coming back. And he doesn’t care about shit going on because he’s at peace now and not in pain anymore. But you know what really would make him roll over in his grave? People saying such fucked up shit about the woman that he loved and the mother of his child, that’s what.

You know that Kate Moss apparently smokes 89 cigarettes a day? Jeez.. I guess she can afford the habit. Cigarettes are fucking expensive. No, but, seriously. This band sucks. But I'm not going to be rude about it, ya know? I can just stand outside and talk to strangers and smoke and be cool! Right?

Haha yeaaah riiight. There's no way I can play cool. I get too fucking excited about shit to act like I'm apathetic and over everything. I'm not cool but that makes me cool!

I wish I was cool like you! What's that on your shirt? Oh, it's a Transformers shirt. Cool. No, I'm not being sarastic or anything. I actually like Transformers. I'm only sincerely sarcastic when I'm trying to flirt with somebody. No boy wants me. I ain't even mad though! My only boyfriend is Jesus!

It's funny to think that if I was still going to church and being a good Pentecostal Christian and all that, I would be at youth group on a Friday night. My church had Kids Church and you were supposed to, like, “graduate” to youth group when you were 13. But they let me go when I was 10 or 11 because I was such a precocious little Bible student. I mean, the songs that bands play aren't as dorky and earnest as contemporary Christian worship songs, you know? But it's still that same feeling of rituals and gathering with other people at a 'place of worship' and seeking some feeling of joy or peace or transcendence or freedom or whatever. Pizza and Pabst are the new communion. Just don't tell that to any of the bands. It might masturbate their egos and they'll start thinking that they're deities or something. Musicians have such huge egos though! I mean, it can be a good thing if they're performing and it translates to charisma on stage but sometimes a musician can't separate or even, like, distinguish, who they are on stage versus, like, who they are when they're not performing. They can't turn it off, you know? And they need all their little fucking sheep to love and worship and validate them. Don't matter if they're fans or members of the congregation. I sound so bitter.

It's actually pretty cool that people can harness that kind of power and be vessels, you know? Like creating these moments that are bigger than themselves. I don’t know, it’s kind of like that Kanye lyric: “No one man should have all that power” or how Spiderman’s uncle told him “with great power comes great responsibility.” I guess it somewhere in between those two sentiments or something.

What brand of cigarette are you smoking? Yeah, I smoke Newport 100s menthols. They're like the muscle car of cigarettes. And the best part is that nobody every wants to bum one off me. I usually buy two packs at time and then leave a “virgin” pack in my desk drawer at home and break up the pack so I don't chain smoke them all. I have like a whole system for cigarettes. They last for such a short time. But they always make me have to poop. I guess that's why some people use them as an appetite suppressant.

Yaaargh, all this talking about cigarettes is making want to smoke another cigarette. Could I see your lighter again? Aah, thanks. Muchas gracias por tu fuego, señor.

Even though it's, like, not so cold doesn't it kinda suck that we're, like, banished to the porch with our cigarettes. They're like our little enflamed stigmatas or whatever. Jeez. Are cigarette smokers one of the most persecuted groups of people ever? No, but really…fuck, I sound like such an asshole now! Oh no! You're not going to like me! If I ever see you again at another show you'll remember me as “that crazy girl that shits on bands and talks about cigarettes and pooping! NOOO!” Okay, but look at this house. It's obviously not up to code and the basement is probably a firetrap with asbestos and shit. From a housing code standpoint, this place is fucked and like, totally inhabitable. So why does it matter if somebody smokes cigarettes inside? Weed smoke is thicker and denser than cigarette smoke but it's allowed to be smoked inside. And what if somebody breathes in marijuana smoke and they have to take a random drug test and they have some in their system and they lose their job?

I guess they'll be legit D.I.Y. with no money or prospects. But cigarettes are so rock and roll. They're better than the band that's playing in there now! And we have to stand outside with them. Um, yeah, okay D.I.Y. Dungeon of Death. That makes a whole lot of sense. I could see if the shows were being put on in a church or something, you know, like cellars by starlight or something.

This cigarette will be the cross that I bear, I guess.

Okay, so I have this whole theory that Jesus Christ was a manic depressive. I mean, think about it. He was supposedly charismatic and charming. He got angry from time to time. Like when he flipped that table over in the temple and was all like, “Bwaah! Don't use my father's house as a marketplace!” And he was giving those Sermon on the Mounts and telling parables and shit. You could tell that he talked a lot. Also, dude, manic depressives are some of the most compassionate and empathetic people that you will EVER meet. He cares a lot about the downtrodden and the marginalized. Fuck, if you really think about it, Jesus was punk. But yeah, even some of the weird stuff–like, the strange behaviors, too. He went out into the desert for forty fucking days and thought that “the Devil” was tempting him to eat stones. And he's all like, “Man cannot live on bread alone” or whatever. That is definitely some manic episode shit.

But, yeah, Jesus was definitely a manic depressive. Like, even that whole thing with his “miracles”. You know how there's that whole story about the woman who was bleeding for 12 years and she “touched the hem of his garment and she was healed?” Dude, I'm a woman. If I was profusely bleeding for twelve fucking years, I would die. I think that rather than letting that woman write her own account, they probably asked her how long she had this “bleeding condition” (which was probably just her period) and she had already went through menarche. Maybe she was 25 years old, first got her period when she was 13 so she had been bleeding, in a sense, for 12 years. And she was probably too poor to get a tampon. I think the ancient Egyptians first made tampons from softened papyrus or something in the fifth century B.C. And Jesus kicked it with poor people so he would've understood. She probably just ripped enough cotton off his garment to make a tampon. But of course, women's bodies are supposed to be disgusting so they just edited all that out.

Sorry, I'm must sound like I'm on coke right now or something. I'm not. Cocaine is annoying. Or, it's like; I've never met one person on coke who's not annoying. I fuck with weed and booze and pizza. Go right to Bravo's Pizzeria before a show in Allston and get some dank Sicilian slices in the belly before I drink. It's a lovely system, I must say. But I'm actually kind of hungry now and I might walk over there or something. I'm just going to get the two slices and the soda. Maybe give the soda away, I don't know. I don't drink soda anymore. But I would like to get something in my craw. I'm kinda hungry. But, uh, quoth Sleater-Kinney: “Hunger makes me a modern girl.”

Or…I can pick up some cheap whiskey and just mix it with the root beer. Ahh….yeah…I could. Sorry, I'm just thinking out loud right now. Trying to figure my plan of action for getting pizza and booze. Oh, first world problems! Life is so hard! Ha, I sound like such an asshole right now.

I'm just talking to myself and trying to organizing my thoughts…and…aloud… you, poor boy. All you did was give me a light. I'm sorry. I am a very curious kind of lonely.

Well, my cigarette's almost done. Hopefully this band is, too. Ha! Yeah, but I had a sufficiently awkward yet interesting conversation with a stranger about Jesus. My church would be so proud of me! No, but I'm going to see if [insert cool Allston band name] is setting up yet. It was nice to meet you. What's your name? I try to think of mnemonics to remember people's name. I find it so rude to forget a person's name for some reason. Like their parents went through all the hassle of creating a human being and picking out a name for this human and it's like, “Uhh, what's your name again? Sorry!”

My name is Lizzy, by the way.

Lizzy DiSanto is a pseudonym assumed by the author so that she pisses off neither saints nor scenesters, guaranteeing that she gets into heaven and D.I.Y. shows.