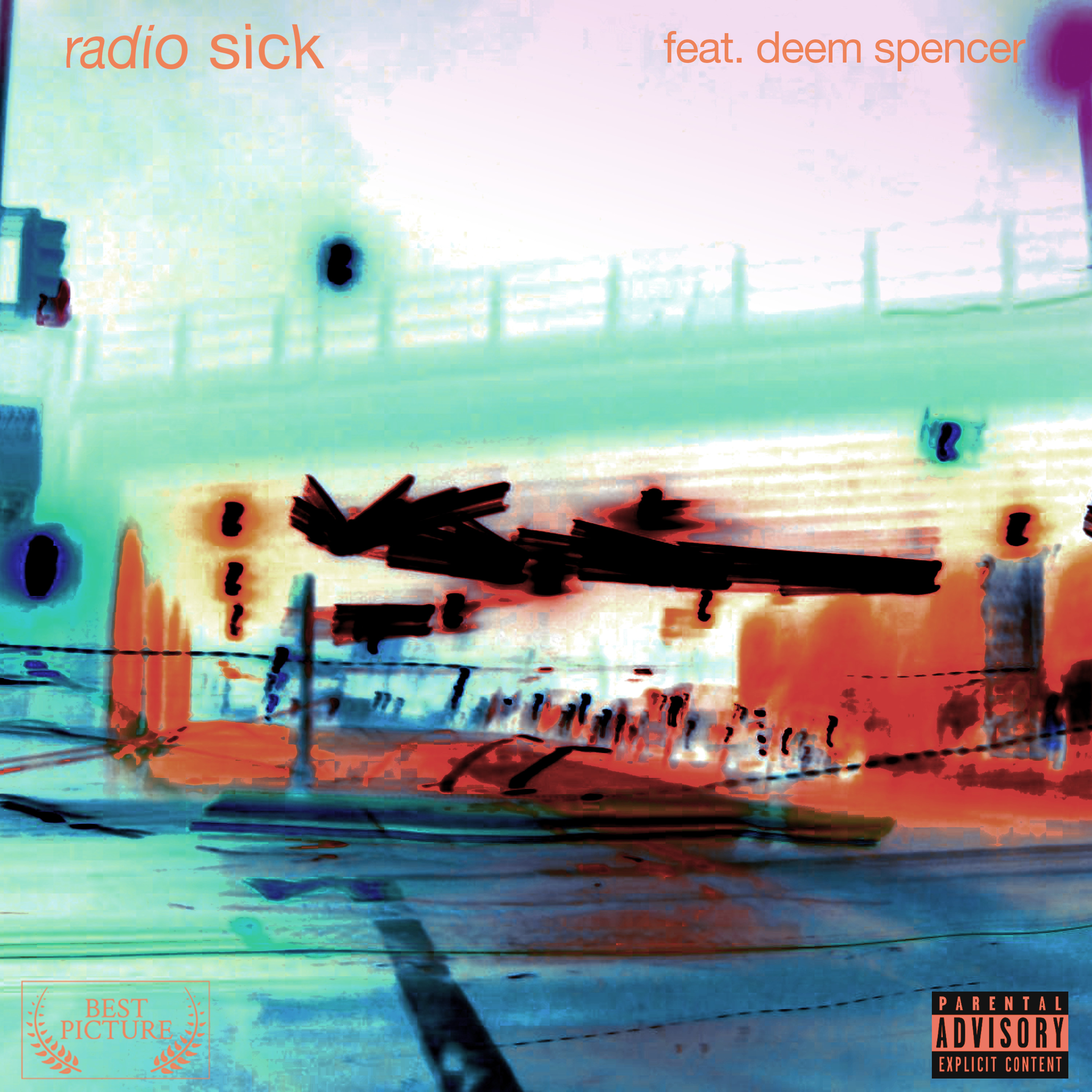 Best Picture is a hip-hop-leaning production duo from Los Angeles who have recently collaborated with some of the hottest up-and-comers in the game: Adamn Killa, Bernard Jabs, Lil West and Chester Watson, to name a few. Deem Spencer, meanwhile, is also one of the hottest rising rappers around, having dropped his heady, breath-taking breakthrough album Pretty Face earlier this year. Today, the two acts have teamed up to release the wavy, zoned-out and blissful new single “Radio Sick.”

The track kicks off with Best Picture’s airy, mesmerizing beat that feels equal parts laid-back and locked-in. Deem Spencer’s soulful flow floats over the delicate, subtle, loungy sonic tapestry with calculated ease. Ethereal piano notes and stuttery lo-fi percussion perfectly complement Deem’s delivery as he conjures hypnotic moods and grooves with a stream-of-consciousness sensibility. According to Best Picture, the phrase “Radio Sick” refers to a specific mood: “Calling it ‘chill’ wouldn’t be wrong, but it’s a lot more than that. It’s buoyant but wary; it’s got a calm focus, but strives above hypnotized detachment; it’s the audio equivalent of the point where you find a groove within your preoccupied stream of consciousness.” In other words, it’s that point at which you’ve reached pure auditory solitude. And with “Radio Sick,” Best Picture and Deem Spencer capture that aura perfectly.

“We’ve been wanting to put something out with Deem for a while and it was awesome to hear this one back,” they shared. “The moods are distilled and defined by Deem, who shows off his uncanny gift to articulate the least articulable states of mind.” Hopefully we can look forward to more potent collaborations between them. In the meantime, space out to “Radio Sick” below via Spotify.