The Storyteller by Dave Grohl 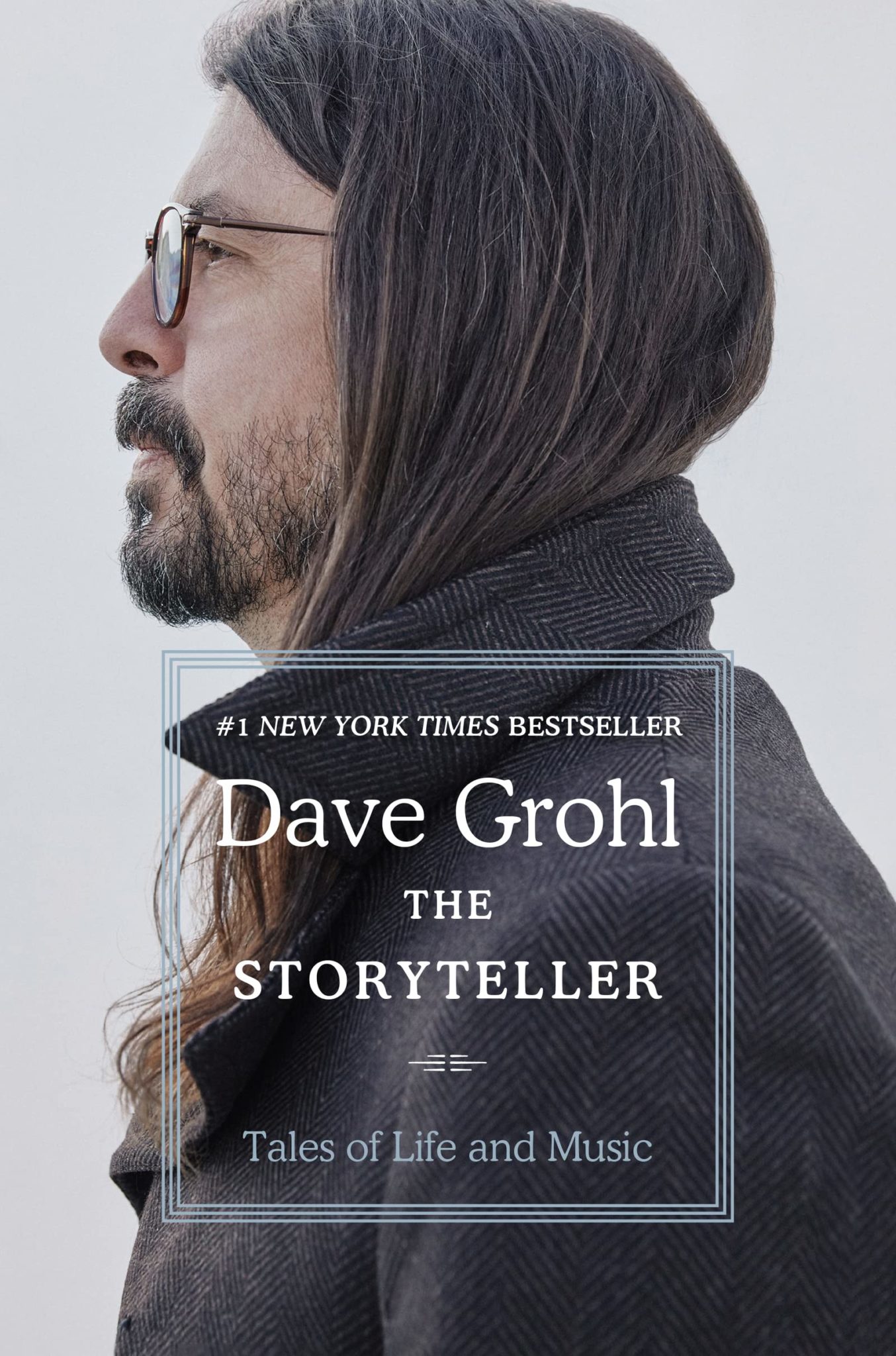 I love words, really – in any format. In an article or on a screen, on a sticker or the back of a sweatshirt. But I especially love words in a book or in music. I love words even more when it’s a book about music. When I first started reading about music, a new world was opened up to me as a music lover; backstories and secrets you could never find on the internet. I introduce you to “Oh Darling! Please Read Me,” a monthly column about books about music.

Famously tagged as “rock ‘n’ roll’s favorite uncle,” Grohl has been providing smiles, warm hugs, and lots of laughs to the rock community since he stepped into the scene. I’m not going to lie, I was never the biggest fan of Dave Grohl, perhaps for the same cynical reasons that I avoid Trader Joe’s on Mondays for their overzealous workers or skip out on any self-help books with swear words in the titles. Sometimes radiant positivity slides past me as being inauthentic or cheesy – and maybe that’s how I always felt about Dave – until I sat down with Dave, listened to his stories, and learned he’s the least cheesy person on the planet. He’s genuinely just overflowing with authenticity.

The Storyteller is a book about the love of life, the love of music, and most importantly the love of being a father and Dave is not a stranger to making tough decisions between the three. Like the time the members of Scream asked him to be their drummer. The decision to move to Washington to join one of the most up-and-coming bands Nirvana. The answers didn’t always come easy for Dave; sometimes he said no, sometimes he got a second chance, or in the greatest moment of the book, he is able to choose both. When deciding between playing a sold out show in Australia or going to his daughters’ daddy-daughter dance in Los Angeles, he created an intricate plan to move the tour up one day, book a 22-hour flight home from AUS to LAX, attend the dance for a few hours, and hop right back on the plane only to get food poisoning the entire trip and still managing to run right on stage in Perth for a killer show. So much of the book is filled with tender moments of reflection on his life as a musician, but the most tender comes when Grohl is talking about his daughters Violet, Harper, and Ophelia, who he puts on the highest of pedestals.

The lessons in The Storyteller are woven into the fabric of the book in bold capital italics. He is hilarious and honest with the ability to make readers see him as one of them while simultaneously questioning if he is worthy of the fame. There are countless moments of Dave experiencing effects of imposter syndrome without ever saying it. “It will never feel ‘normal’ to me to be included in such a walking dream; it will always feel like I’m watching life happen from above, looking down at someone else’s fantasy playing out before me. But it is mine, and it’s these moments when I try to be present, reminding myself that I am perhaps the luckiest person on earth to breathe the next breath that will lead me to the next adventure.”

His motto throughout life has always been “fake it til you make it.” Much like his approach to drumming, where he never had a proper lesson in his life, Dave Grohl takes life as it comes and responds with how it makes him feel. He uses those emotions to fuel him into driving the beat of a song or making a moment special onstage. There are many full circle tales throughout the book that Grohl ties together with a big shiny bow in his retelling, like losing his wallet in Barstow only to get it back 20 years later by a store clerk in Ventura, CA, or meeting Little Richard while having a smoke break at LAX, or hosting the greatest Grammys afterparty in New Orleans with his idols Paul McCartney and AC/DC, or perhaps most special, the little girl from Nirvana’s “Heart-Shaped Box” music video ending up as his stylist for the Oscars.

Throughout The Storyteller, readers can see Dave’s lust for life, his deep urge to keep living that soaks him in adolescence even with age. The guy who calls tuxedos “penguin suits” and gets arrested for riding a scooter under the influence in Australia from his own concert is the same guy who has played on SNL fourteen times, been invited to play at The White House countless times, and has 16 Grammy wins and 42 nominations, all while being arguably one of the best drummers of all time. While reading The Storyteller, it’s easy to wonder if the universe just decided to work really fucking hard in Dave Grohl’s honor. Did so many incredible things happen to him because he’s just lucky? Or because that one psychic told him “he’s clairvoyant?” Or is it because Dave always steps outside, always says yes, always does the most to be present in every moment of his life. In the beginning of the book while performing a seance to John Bonham, he questions if he just sold his soul for rock ‘n’ roll. At the end of the book he revisits this question while playing a sold out show at Wrigley Field across the street from the Cubby Bear, the place he attended his first punk concert, saying, “Maybe my seance worked after all…Maybe I had sold my soul.” If selling yourself makes you obsessed with being alive, well hell sign me up.