In A Beautiful Place Out In The Country 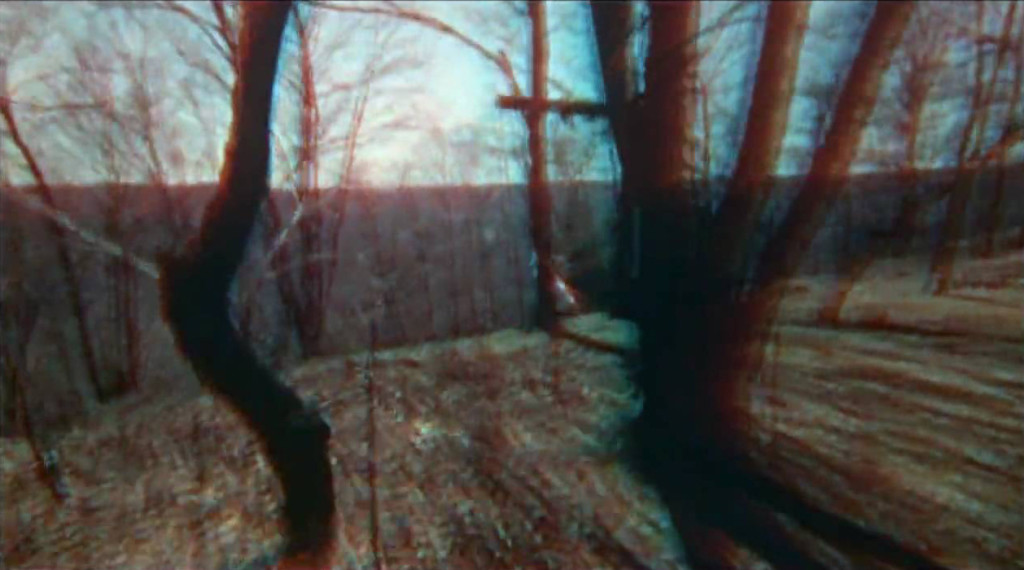 Every winter, when the new releases schedule starts to dwindle and people look forward to the festivities of Christmas and New Year, my mind wanders away from the new and into older comforts. Each December and January since I first discovered them, I hibernate in a musical bubble that mostly contains the music of Boards of Canada.

The duo have produced some of the most emotional and nostalgic electronic music to exist, but there’s also this coldness, a clinical touch, that makes them sound so perfect in the shivery months. Perhaps that clinical quality stands out because everything they’ve made has been so precisely crafted. For the majority of their work they’ve had the time to mould each sound and barely noticeable background noise that very, very few producers are afforded now.

All I could hear on “Cold Earth” was the sad synth work, the soundtrack to the funeral procession going on in my head.

Listening to Michael Sandison and Marcus Eoin’s music has helped heal me numerous times, finding comfort in each eerie but beautiful synth wave that manages to convey so much with no vocal input. There’s a childlike quality to
everything the duo does, from the half-hearted giggling samples of kids’ voices to the artwork featuring them. There’s even something reminding me of childhood in their kaleidoscopic motifs, bringing nostalgia for the times I would gaze into a kaleidoscope, twisting it around and marveling at the mesmerising patterns in your younger years. Their music makes me reminisce about that younger state, the feeling of joy and innocence – a time before some of the harsher realities of the world start to reveal themselves in ugly ways. The ability to peer back into those feelings is something that saved me two Christmases ago, when one of those universal world realities became very close to home.

My family comes from Peterhead, a small fishing town in the middle of nowhere in Scotland—far north from the big city confines of Edinburgh that Boards of Canada call their home. But the sparse naturalistic atmosphere that infiltrates a lot of their music’s imagery is incredibly present there. Driving even five minutes out of Peterhead, you’re confronted with cliffs, expanses of water and abandoned fields. Seeing another human while exploring the countryside can often be a rarity. The town is where my family has pretty much always resided, with me being the only person born outside of that, down in the bustling UK capital of London.

Two years ago, my grandma became severely ill. While all of my family attempted to comfort each other with positive words and barely mustered smiles, we knew that the scenario that we feared was approaching. Booking flights to our family’s hometown, in an attempt to keep my mind distracted from thoughts of death, the first thing I thought to do was to start listening to Boards of Canada. Something about listening to a duo that came from Scotland and that focused their aesthetics on the same kind of landscapes that I’d shortly be passing through felt very comforting. After getting a plane to the north of Scotland’s Aberdeen and starting out a car journey towards the hometown, I put Boards Of Canada’s Tomorrow’s Harvest on repeat. Passing through pitch-black fields, barely visible hay bales blurring in vision due to how fast the car was going, I started to associate the darkness and desolation my eyes were witnessing with death.

Trying to wrap my head around the darkest point of no return, some of the song titles on the record started to take on a different meaning. “Reach For The Dead,” “Cold Earth,” “Sick Times,” “Nothing Is Real.” Those became the tracks that I was most attached to, because their names were a reminder of what I was currently confronted with. They also have an underpinning tension to them, an uneasy and morbid atmosphere. Compartmentalising the drums to the back of the track, all I could hear on “Cold Earth” was the sad synth work, the soundtrack to the funeral procession going on in my head.

Seeing her was the only time that in my head and in my ears there was silence, no sound that could be a distraction.

Rather than dealing with my feelings or showing any of my family that I was as distraught and terrified as they were, I hid in music. Even in moments of silence, like walking along the cliff edges in the countryside. Even when I hid in the arches of the ruined, crumbled Slains Castle just outside of Peterhead that’s said to be the inspiration for author Bram Stoker when he created Count Dracula’s castle. In those moments, the complex drum programming and emotional synth work of Boards of Canada’s music was still playing in my head. While I sometimes don’t feel particularly Scottish, especially when people say in a snarky tone “You weren’t born there so you’re not really Scottish,” listening to the duo’s music while being in the country that it was made in and that my family is from made me feel more at home.

When I finally went to visit my frail grandma, I felt that I had to be strong and stoic, that any emotion detected would make things worse and further upset my other family members. Seeing her was the only time that in my head and in my ears there was silence, no sound that could be a distraction. It provided clarity and a hit of reality that I didn’t want to deal with but knew I had to. Having never had to slowly watch someone I loved die before, it was heartbreaking. Coming to terms with that being the last time I would ever see her, we then left Scotland to wait patiently until news of her death would be delivered to us.

The night I returned home from the trip, my (now ex-)boyfriend was waiting for me. He had a present for me. Opening it, it was a vinyl copy of Tomorrow’s Harvest. Knowing he was unaware of how much I had relied on this music in my grieving process, I stared in shock and managed to smile instead of cry. A couple of months later we received the message that she’d passed away and in the harder days, the music of those two men was there to comfort me when I couldn’t rely on human company.

It’s two years later, and I still reach for Boards of Canada on sad winter nights and when this time of year reminds me of seeing my grandma for the last time. Except now, instead of reaching for the things about Boards of Canada that fill me with morbid comfort, I reach for something that warms my heart—their track “In A Beautiful Place Out In The Country“. A vocoder sounds out over this beautiful, celestial organ line; a robotic voice beckons “Come out, and live with a religious community in a beautiful place out in the country.” It reminds me of my grandma and where she lived and that even though she’s gone, those memories of her in that beautiful place out in the country still exist.