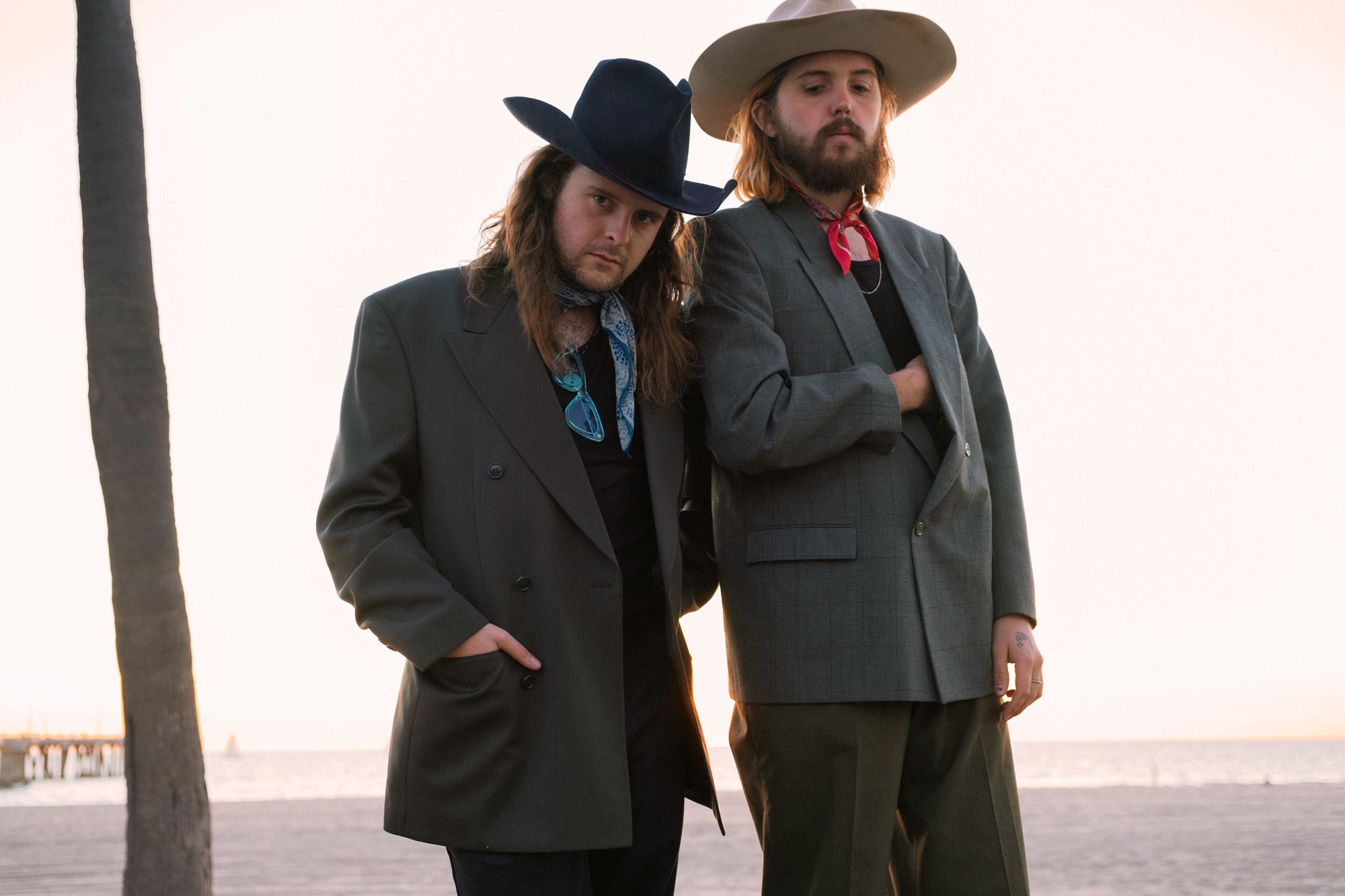 The L.A./San Francisco-based duo Juan Wayne released their debut record today,  titled 1, a 16-minute taste of lo-fi, country-tinged, dreamy AM gold. The collaboration between songwriters Andrew St. James and César Maria started out as a “joke” side band while out on tour for St. James’ solo record in 2017.

“Juan Wayne started as a joke in the van somewhere between tour stops in ’16 ’17,” said St. James. “We were freewheeling that summer, both pretty dejected but still managing to have a time of it. At a point we decided to immortalize that period of time in songs, so we made this record.”

Once they returned from tour, the duo recorded the songs in Maria’s L.A. Koreatown apartment on most of an 8-track (“I only had six cables so we only used six of the tracks” says Maria), and Juan Wayne were off and running.

Since then, with Maria settled in L.A., they’ve reconvened for shows in their native San Francisco, decked out in cowboy hats and boots, and pulling in musicians from around their local scene. While their live shows are a little bit country and a lot more rock and roll, the sounds on 1 capture the mixture of their L.A./S.F. roots – like a gentle southern California breeze on a sunny day, but a breeze that’s bringing in a dark Bay Area fog. 1 might best be enjoyed on a sunny late afternoon, just one where you’ll need to remember to bring a light jacket.

While St. James has been busy with his solo work and his other band, Fast Times, Juan Wayne are already working on recording their follow-up record, according to Maria.

“We write songs pretty fast – generally starting with a shaker part. Last time we were in the same room we wrote another album. When we record that one we’ll use all eight tracks. Onwards and Upwards!”