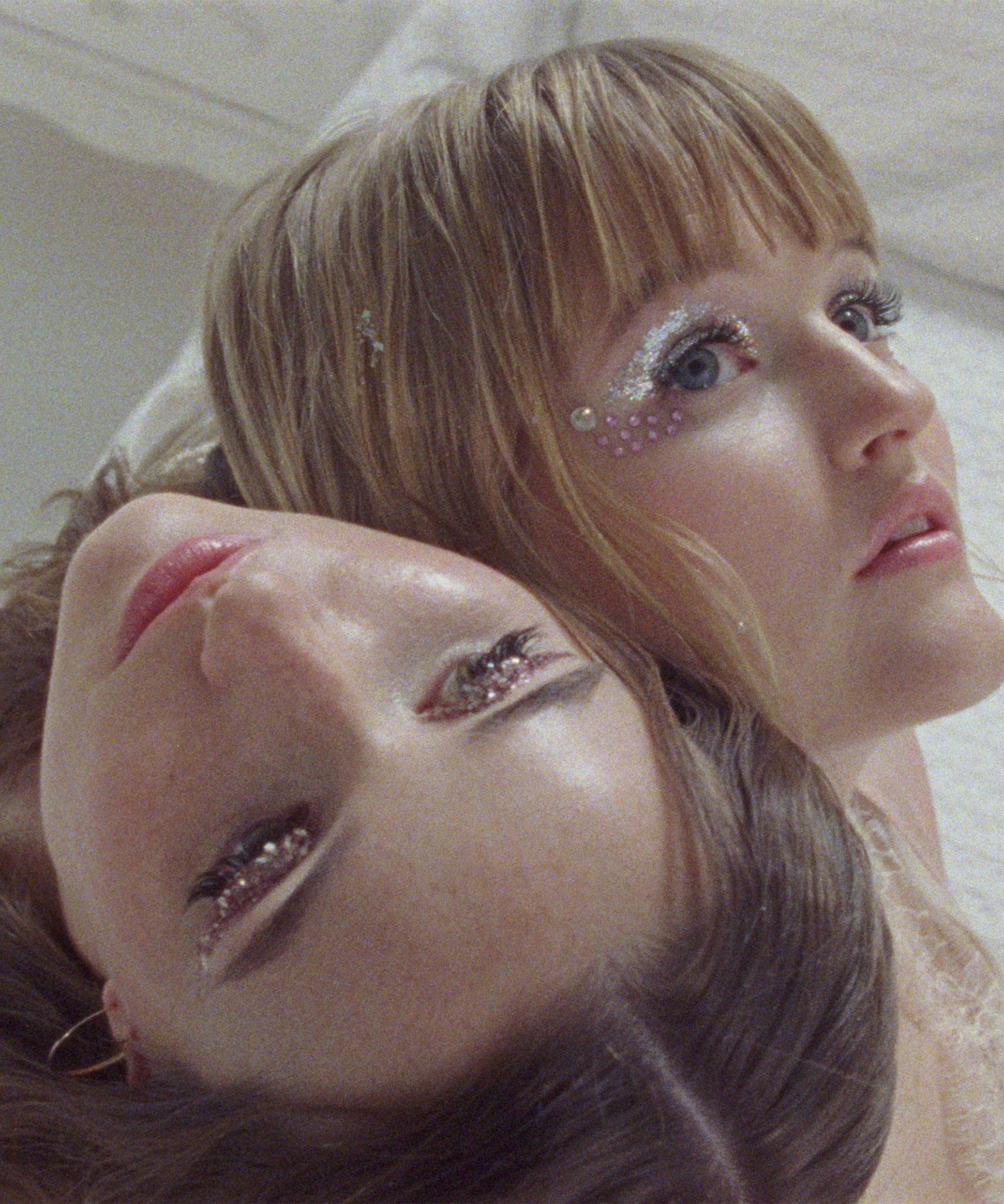 In addition to her excellent turns in Booksmart and Unbelievable – which cemented her as one of the best rising actors in Hollywood – Kaitlyn Dever is also an accomplished singer-songwriter. Along with her equally talented younger sister Mady, the duo conjures a beautiful swirl of pastoral alt-folk under the moniker Beulahbelle. And this past week, they released the haunting new ballad “Raleigh” along with its gorgeously-shot, meditative music video – which the pair also co-directed.

“Raleigh” fades in on a sparse acoustic guitar and Kaitlyn’s soft, soothing singing voice, which recounts feelings of regret and longing for a Romantic past. Both sisters harmonize effortlessly together over simmering, swelling strings and minimal percussion. It’s a pensive track steeped in feelings of nostalgia, and with an expertly-rendered music video to boot. In this hazy cinematic clip, Mady and Kaitlyn sing the track together in a blank white bedroom, mirroring synchronized dance movements as the lyrics unfurl. There’s an ethereal fog cloaked throughout the clip that really underscores its dream-like vibe.

“Raleigh” was produced with A&R legend Tony Berg. Overall, it’s an intimate folk stunner that will move listeners in so many subtle ways. “‘Raleigh‘ is a song Mady and I wrote years ago, and we dreamed of releasing it as our first single,” Kaitlyn shared. “The opportunity to partner with a legend like Tony was a dream come true and we are excited to finally share our music with the world.”

Give the video for Beulahbelle’s “Raleigh” a watch below.