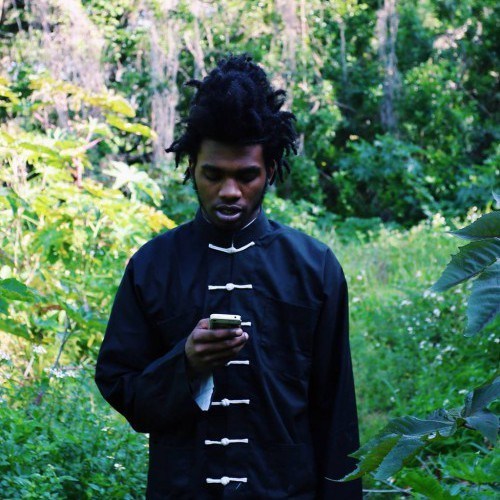 Rising St. Louis rapper Chester Watson is one of the most dynamic up-and-coming MCs in the game. Last October, he released his trippy, psychedelic-leaning debut album Project 0 via POW Recordings, and it was one of the best hip-hop records of 2018. His soft-spoken, lackadaisical flow is utterly unique and hypnotizing, and his beats are chilled-out and jazzy to match. Now the emerging star has released a new mind-bending one-off single called “Cloud Mask” for Adult Swim’s Singles series.

Here, Watson flows freely over a delicate beat that’s hazy and utterly intoxicating. He pumps the track with spacey vibes and cerebral lyrics that absolutely float across the lush soundscapes: “Wearin’ all black though/ Power be with all of my black folk/ Lack acquiesces don’t lack hope/ We’re star dust the essence of astro/ I think I visit Mars in my dreams/ No seafoam skies or oceans that screams.” With “Cloud Mask,” he blends culturally-incisive rhymes with his dense psychedelic impulses to stunning effect. His simmering delivery and laid-back, laser-like flow catapults the song to stratospheric dimensions. Moreover, the loungey beat compliments his free-wheeling rhymes, and every single bar feels absolutely essential. It’s another brilliant track from Chester Watson that further positions him as a superstar of the future. Listen to it below via Adult Swim.