PREMIERE: So Sensitive – “What’s A Girl To Do?” 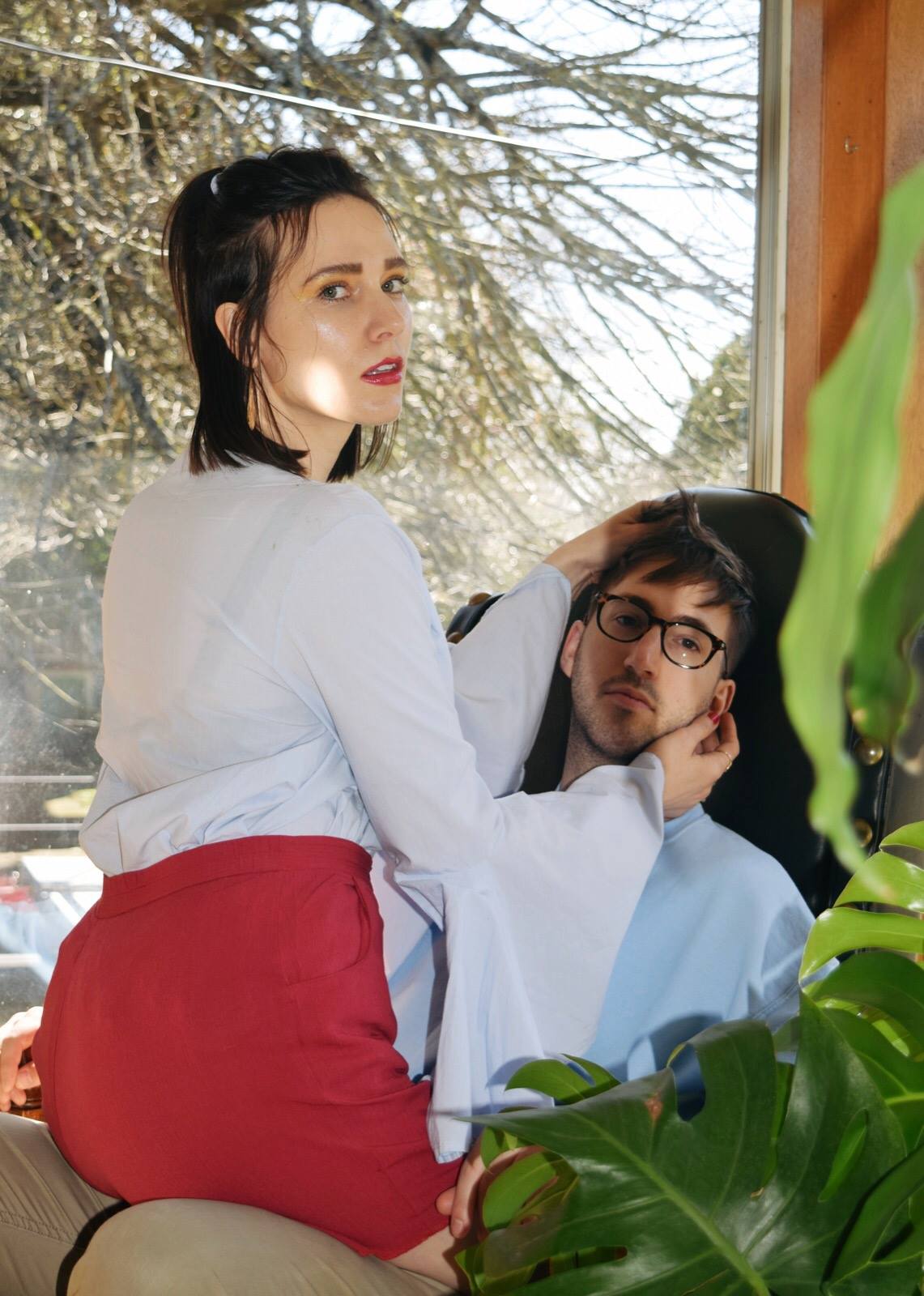 So Sensitive is a soul-bearing electronic art-pop duo from Brooklyn consisting of songwriter/vocalist Kira Clark and drummer/producer Keith McGraw. Formerly members of Portland band Muscle and Marrow, Clark and McGraw re-located to NYC in 2016 to write and record music under their new moniker. Today, Impose is proud to debut So Sensitive’s first ever track “What’s A Girl To Do?” – as well as its vibrant and visually stunning music video. It’s also the first taste of their forthcoming debut album Bedroom Drama, out August 2 via Soft Boy Songs.

“What’s A Girl To Do?” opens with synths that stab and explode with propulsive rhythm, providing the perfect sonic tapestry for Clark’s angelic voice to soar. Squiggly electronic quirks gloss over the soundscapes, giving the song a towering, effervescent quality. Its lyrics are searingly honest, full of pangs of longing and uncertainty. The track feels equally inspired by the seductive, vulnerable stylings of Britney Spears and Courtney Love, while capturing all the complex anxieties and emotions associated with intimate relationships.

The video for “What’s A Girl To Do?” is impeccably directed by Chelsy Mitchell (with stunning art direction from Leeza Regensburger), and explores themes of power and control through amazing visual imagery: horseback riding ribbons, a fly swatted on a horse, the horse then reduced to wood shavings and a mess of mane, tail and saddle (and that’s just the first 10 seconds!). The clip is absolute visual marvel with a myriad of symbolism to unpack, and a titanic debut from So Sensitive.

According to the band, “We view romantic love as really singular and specific and the most intense form of it, but all kinds of love can be equally as intense particularly when you feel as though you’re asking someone to love you more, love you better, love you at all.” Bedroom Drama promises to be a feminist piece of synth-pop that “leaves you a bit uneasy and entirely moved.” When it drops on August 2, we’ll be sure to bring you full coverage. In the meantime, you can pre-order the album HERE, and watch the video for “What’s A Girl To Do?” below.